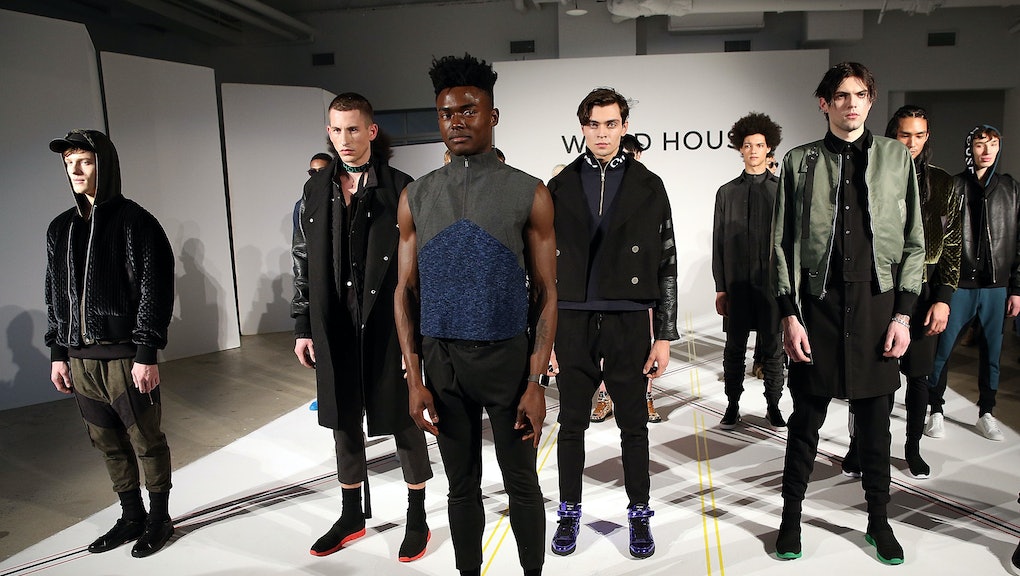 A comprehensive rundown of the many designers of color showing at New York Fashion Week: Men’s

This season, New York Fashion Week: Men’s and NYFW: Women’s have come together for the greater good of fashion.

“As a result of the international fashion week schedule, NYFW: Men’s will abut the women’s schedule this February,” Mark Beckham, the vice president of marketing and events at the Council of Fashion Designers of America, which organizes NYFW, said in an email. “As a result, we combined the schedule for this one season.” As a result, starting Monday, menswear designers will show their collections, and then on Thursday, NYFW: Women’s begins and runs until Feb. 14.

Over the past few seasons, NYFW: Men’s has felt a tad overlooked. It’s not even quite a whole week of shows, and no huge headlines usually come out of the week. Plenty of outlets overlook the shows entirely. By connecting the two, it feels not only more efficient but a chance for men’s week to rub against the glitz of NYFW: Women’s, with Raf Simons, the creative director of Calvin Klein, closing out the menswear days.

This heightened attention serves NYFW: Men’s well this season, with a schedule packed with highly talented, savvy menswear designers that are innovative, interesting and, this season in particular, quite diverse. Ahead of this three-day men’s fashion extravaganza, here are the designers of color who are showing:

With a focusing on heightening classic menswear with exquisite tailoring, Death to Tennis’ designers Vincent Oshin and William Watson, make sure their show is always one to watch. In July, their show had models posing with cameras and heightened streetwear, complete with refined hoodies and bomber jackets that are impossibly cool.

Born in Jamaica and now a longtime New York City resident, EFM’s designer Donrad Duncan injects both activewear and elegance into his menswear, with an attention to fabrics that move best with the body and the latest technology that’s moving fashion forward.

Hailing from Mexico, Sánchez-Kane designer Bárbara Sánchez-Kane is highly experimental, bringing in influences from her college degree in industrial engineering into her work, with deconstructed silhouettes and imaginative spins on menswear a la Hood by Air.

Apart from his clothes, Julian Woodhouse of the label Wood House has a story to tell. An out gay executive officer in the U.S. military , Wood House’s clothes have a certain militaristic vibe, with structured tailoring and a streetwear edge, with drop-crotch pants and dark tones.