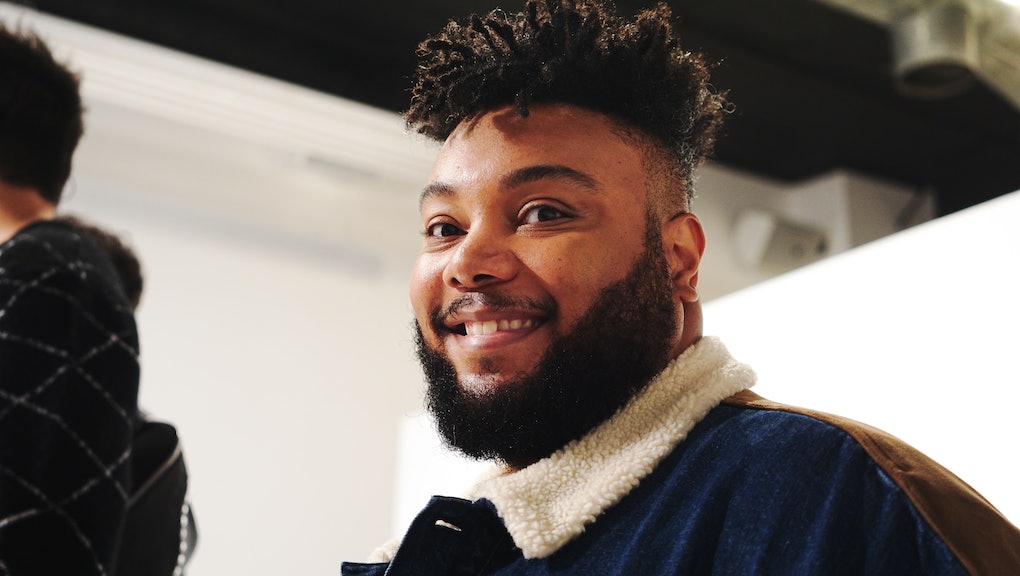 Where were the plus-size guys at New York Fashion Week: Men’s?

There is an expectation at this point that at several high-profile shows at New York Fashion Week, there will be models whose bodies break the norm. Michael Kors, Anna Sui, Christian Siriano and others have cast a bevy of curve and plus-size female models and therefore set a precedent. But at New York Fashion Week: Men’s — which ends Thursday, the same day NYFW begins — that precedent apparently doesn’t stand.

At this NYFW: Men’s, by our count, there was just a small handful of plus-size male models — we say by our count, because unlike NYFW, there is no official diversity report tracking stats on things like number of plus-size models, number of models of color and transgender and nonbinary models.

At Asos’ debut U.S. presentation during NYFW: Men’s on Monday, singer/songwriter Trey Campbell was on hand to, in his words, “represent the big boys.”

“This is my first modeling gig. I’ve been a lover of fashion of course,” Campbell said at the Asos presentation. “But this is my first time actually being on stage with all these gorgeous individuals. I’m super excited because I think that retailers are starting to look at the actual public and actually starting to cater toward them.”

For Asos, it was an obvious move to make. The massive online retailer has struck gold by becoming the first of its kind to create its own plus-size men’s section, stocking items up to a size XXXXL. “We’ve had this curve collection for a while [for women] so it’s been a very obvious thing to look at menswear,” an Asos spokesperson said in an interview with Mic in 2017. “That matched with searches online for bigger sizes, knowing what the market’s doing and knowing that not anyone is really doing it, it was obvious. There’s gaps in the market that made it make sense.”

“I feel like for so long there has been a select few that have been chosen, body types in particular, that have been chosen to be elevated into fashion,” Campbell said. “There are so many different body types out there. These are all consumers of fashion. So as a fashion retailer, would you not want to cater to a vast majority of people? If you’re just focusing on one body type, you’re missing out on so many other opportunities.”

Apart from Asos, it’s not like all other menswear shows were completely devoid of size diversity.

Though the brand Landlord appeared to show a model of size (seen below) during their show on Wednesday, the brand confirmed in an email to Mic that the model was not, in fact, plus sized.

At the Willy Chavarria show, the models used were not professional models, but men of various builds, heights and body types, with tattoos and piercings and their own individual swaggers.

As Robin Givhan wrote in the Washington Post: “These were the tough guys that one might pass on the street — the working-class guys who return home with their heavy chinos caked with dried mud and paint, the day laborers who do the back-breaking jobs that need to get done and that few others have a willingness to tackle, the paycheck-to-paycheck men.”

Still though, to our eye, no plus-size man walked that runway, even as the barriers of what a plus-size guy really is (and measures) remain blurry.

What this says about the state of body positivity is that it still rests firmly on the shoulders of women. While womenswear and unisex designers have incorporated women of various sizes in their shows, from Chromat to Eckhaus Latta, designers firmly in menswear haven’t been so moved.