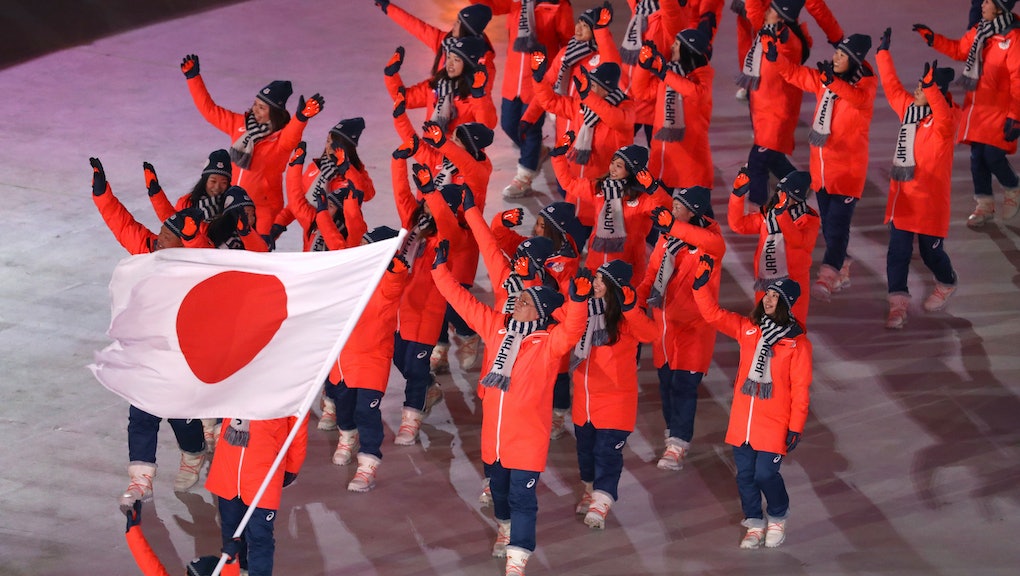 The Winter Olympics kicked off Friday in Pyeongchang, South Korea, with an elaborate opening ceremony — and while the U.S. may have avoided conflict with North Korea during the proceedings, its major broadcaster still managed to anger the people of South Korea.

NBC was forced to apologize for a comment that was made by analyst Joshua Cooper Ramo during the opening ceremony broadcast. As Olympic athletes from Japan entered the Olympic stadium during the Parade of Nations, Ramo commented on the Japanese occupation of Korea from 1910 to 1945, suggesting the South Koreans now had a more favorable view of their former rulers.

After acknowledging Japan’s occupation of Korea, Ramo said during the broadcast: “But every Korean will tell you that Japan is a cultural, technological and economic example that has been so important to their own transformation.”

This is the second Olympics in which Ramo has participated, Yahoo Sports noted. The analyst, who serves as the co-CEO of Kissinger Associates, previously shared an Emmy and Peabody Award for his participation in NBC’s coverage of the 2008 Beijing Olympics.

The South Koreans took issue with Ramo’s comments, citing the human rights abuses that took place during the Japanese occupation. Historians cited by the Washington Post noted that up to 200,000 women in occupied countries were coerced into sex slavery by the Japanese army during World War II, leading to lasting tensions between South Korea and Japan.

“During Japanese rule (1910-1945), many Koreans suffered enormously, often from rape, forced labor, torture and death. The issue of the comfort women, the victims of Japan’s wartime sexual slavery, is one of the many atrocities that occurred during that period. Few Koreans would agree with what Ramo said of Japan,” journalist Jung Min-ho wrote for the Korea Times, calling Ramo’s comments “incorrect and insensitive.”

Ramo’s comments also sparked an online petition calling for a public apology from NBC, which over 11,500 people had signed as of this writing.

NBC apologized for its statements over the air on Saturday, the Washington Post noted. The broadcaster confirmed to the Post that NBC had also apologized in writing and claimed that the Pyeongchang Olympics had accepted the network’s apology.

“During our coverage of the Parade of Nations on Friday we said it was notable that Japanese Prime Minister Shinzo Abe made the trip to Korea for the Olympics, ‘representing Japan, a country which occupied Korea from 1910 to 1945 but every Korean will tell you that Japan is a cultural, technological and economic example that has been so important to their own transformation,’” NBC said in its apology statement, as quoted by the Guardian. “We understand the Korean people were insulted by these comments and we apologize.”