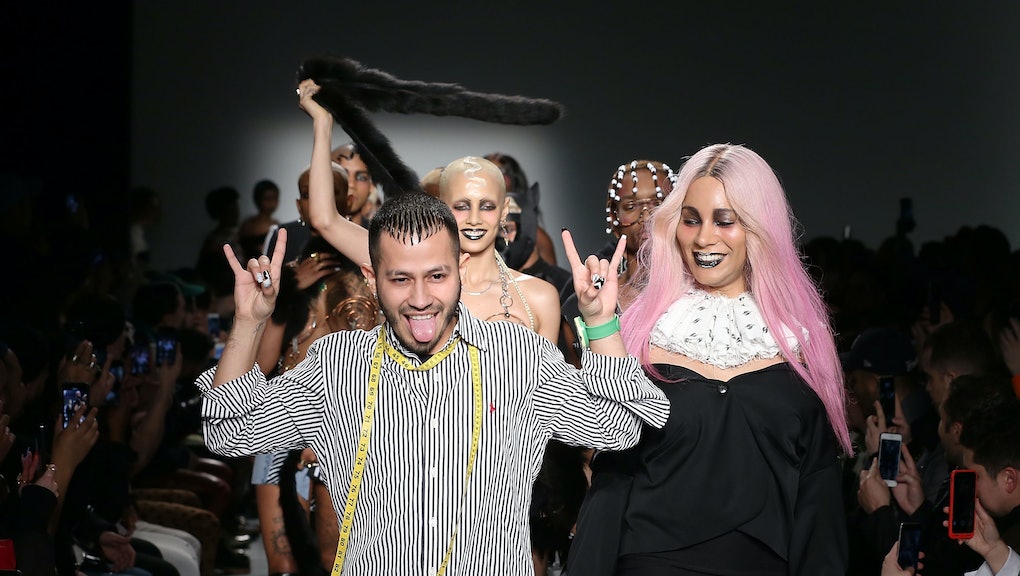 After being noticeably absent from the calendar in the fall, Rio Uribe’s Gypsy Sport made its grand return to the main stage at New York Fashion Week on Sunday. The designer himself, whose previous gigs include stints at Balenciaga and DKNY, helped close the show, storming the catwalk arm and arm with model Munroe Bergdorf — who was making her NYFW debut.

Other notable models included Shannon and Shannade Clermont, aka the Clermont Twins, fresh off their Yeezy Season 6 campaign; singer-songwriter Shamir; and of course 10-year-old Desmond Is Amazing.

Mic caught up with Desmond after the show, who says his casting came about through your prototypical go-see. “They took two photos and I walked on a piece of tape and they liked me,” adding he was especially excited “because they want all kinds of models no matter what age, gender or the way they dress.”

Desmond admits he was a bit nervous before making his NYFW runway debut, though he’s quick to note he’d walked the runway once before during the ribbon cutting of the inaugural New York City RuPaul’s DragCon. But “once I got on the runway, I just felt fierce, honey.”

“I am so happy because I thought I would never achieve my goals of walking in NYFW because I am just a kid that likes to do drag, voguing, and likes to help others in the LGBTQ community,” he said. “I always thought I would be a super model like RuPaul but I didn’t think I would ever get to walk the runway at fashion week.”

Take a look at a few standout pics from the runway show below: