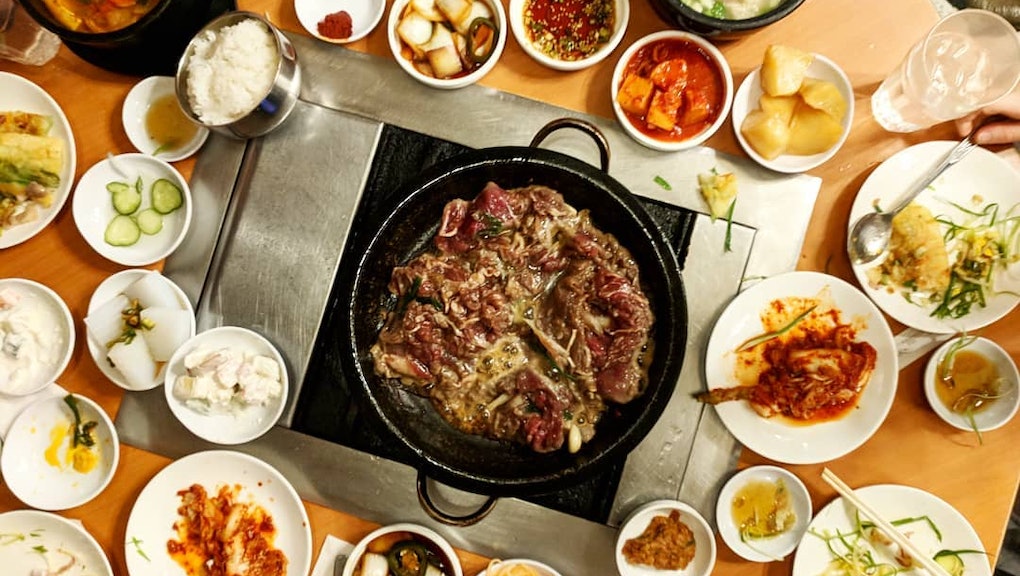 So, while the Korean team isn’t expected to walk away with a bevy of medals during the Winter Games, there are plenty of reasons to be envious of South Korean residents. Here are a few of the traditions that could be factors in the country’s life-expectancy rate.

Fermentation is plenty trendy in Brooklyn these days, but Koreans have long been hip to gut health with the omnipresence of spicy pickled cabbage known as kimchi. Other types of popular salted and fermented vegetables include radishes, celery and sprouts.

“It’s a superfood,” Judy Joo, a Korean-American chef and author with restaurants in London and Hong Kong, said in a phone interview. “And it’s such an important part of the Korean diet that each family has their own proprietary recipe of herbs and spices, kind of like Italians with spaghetti sauce.”

But more than the intestinal benefits of the lactobacillus bacteria found in the many varieties of pickled vegetables, the Korean diet is less punishing to the body than an American one, if only because of its lack of sugar. “There are no good desserts in Korean cuisine,” Joo joked. “Dairy and sugar have never been a part of the culture — everything is savory for the most part.”

Having a “salt tooth” instead of a sweet one is, of course, not without its problems, but Joo contended that while an abundance of salt can aggravate pre-existing conditions, sugar often creates entirely new health problems such as obesity.

Getting into hot water

South Koreans have a very pronounced wellness culture involving hot water. The jjimjilbang is their version of the sauna: public bathhouses where visitors can ease their muscles in hot tubs, showers, and kiln saunas and relax in large resting area with heated floors.

Jjimjilbang has traditionally been an important social component in Korean culture, and a April 2015 report from JAMA Internal Medicine has further bolstered the notion that regular sauna visits provide palpable health benefits such as reductions in heart disease, high blood pressure and diabetes.

Modern medicine has aided in treating disease and increasing life expectancy in many countries, but preventative care isn’t necessarily a key indicator of living a long life.

“It may be surprising, but actual health care plays a small role in longevity,” Ishani Ganguli, a clinical instructor at Harvard Medical School and clinician investigator studying primary care innovation, said in an interview. “Think about it this way: Patients spend most of their lives not interacting with the health care system. It’s the decisions we make every day — like what we eat and how far we walk — that are the much larger determinants of our health.”

When there’s a greater understanding and prioritization of the daily factors that can make or break our health, government resources can be devoted accordingly. For example, in Seoul, South Korea, ambitious terraforming projects are afoot to renew green spaces throughout the city to promote social engagement and increased physical exercise.

When patients need to interact with their health care system, accessibility is key, Ganguli said. South Korea, like other highly ranked nations in the Lancet’s study, has a universal health care system guaranteeing all citizens the right to obtain proper care. In fact, the United States is one of the only countries on the Lancet list that does not have a populist medical model.

“While American medicine is more focused on specialists, there’s actually a lot of evidence showing that primary care is more closely associated with lower costs and higher outcomes,” Ganguli said, noting that the Lancet study draws parallels between longevity and a greater investment in primary care. She cited the United Kingdom as a country that seems to have found its stride in providing robust medical infrastructure without grossly overspending on hyper-specialized physicians.