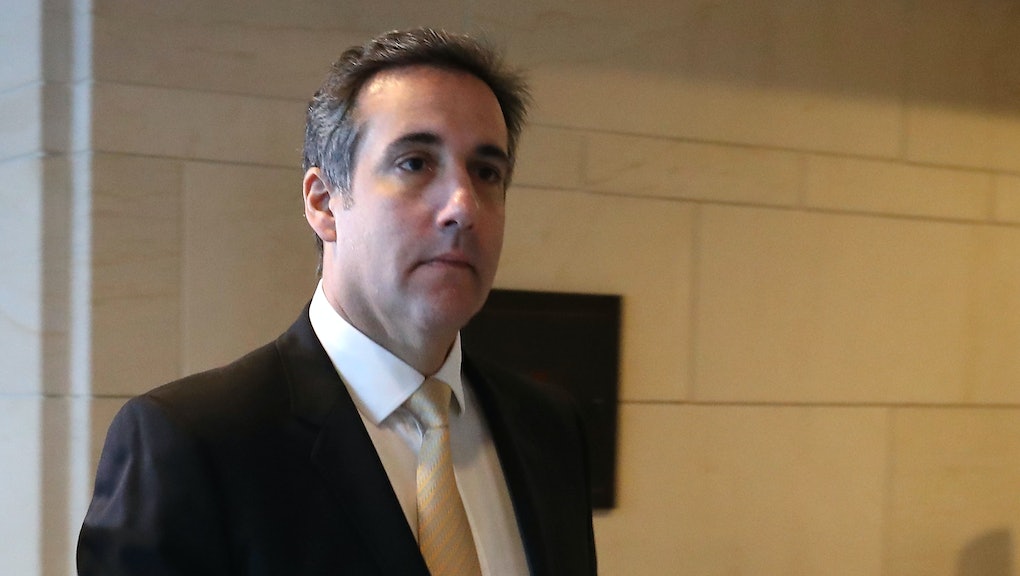 In a statement to the New York Times, Cohen said neither the Trump Organization nor the Trump campaign knew about the payment, and that he was never reimbursed for the hefty sum he gave to Stormy Daniels, whose real name is Stephanie Clifford.

However, Cohen refused to say whether Trump knew about the payment, and whether Cohen had doled out other payments like the one he made to Daniels.

“Neither the Trump Organization nor the Trump campaign was a party to the transaction with Ms. Clifford, and neither reimbursed me for the payment, either directly or indirectly,” Cohen told the New York Times. “The payment to Ms. Clifford was lawful, and was not a campaign contribution or a campaign expenditure by anyone.”

Cohen’s admission comes after the watchdog group Common Cause filed a federal complaint against the Trump campaign, saying the $130,000 payment amounted to an unreported contribution to the campaign.

Cohen, who initially pushed back on the Wall Street Journal’s initial report of the payment, now said the payment was a “private transaction” and that no campaign finance rules were broken, according to the New York Times.

“The complaint alleges that I somehow violated campaign finance laws by facilitating an excess, in-kind contribution,” Cohen said in the statement to the New York Times. “The allegations in the complaint are factually unsupported and without legal merit, and my counsel has submitted a response to the FEC.”

Daniels had already detailed her account of her alleged affair with Trump in a 2011 interview with InTouch Weekly. But weeks before the 2016 presidential election, Daniels was seeking to tell her story again, which led to the $130,000 payment.

Daniels isn’t the only adult entertainer to claim to have had an affair with Trump.

Former Playboy model Karen McDougal also claims to have had an affair with Trump in 2006, after Trump’s marriage to first lady Melania Trump. However according to a Wall Street Journal report just before Election Day, the company that owns the National Enquirer paid McDougal $150,000 for her story, but then never published it, thus squelching her account.