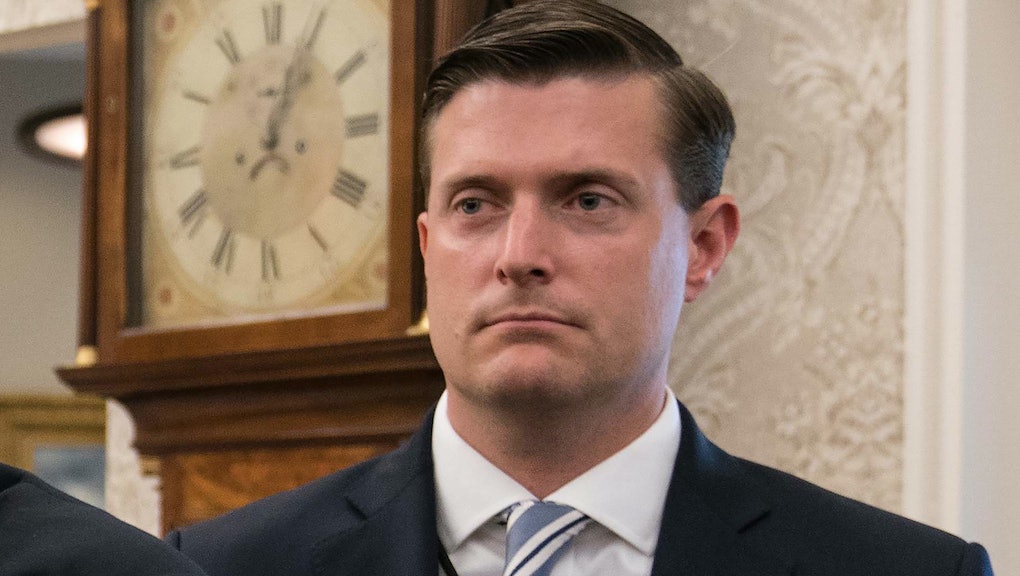 The House Oversight Committee on Wednesday launched an investigation into how former White House staff secretary Rob Porter was allowed to handle classified information in the White House without being granted a full security clearance.

“The Committee is investigating the policies and processes by which interim security clearances are investigated and adjudicated within the Executive Branch, and the extent to which any security clearance issued to Porter comported with those policies and processes,” House Oversight Committee Chairman Trey Gowdy (R-S.C.) wrote in a letter to White House Chief of Staff John Kelly.

Gowdy said on CNN Wednesday morning that he’s “troubled by almost every aspect” of the scandal involving Porter, who is accused of assault by his two ex-wives. Gowdy’s concerns include everything from the fact that Porter was allowed to work with an interim security clearance to the fact that someone who was accused of domestic violence was allowed to work in the White House.

“Who knew what, when and to what extent? Those are the questions that I think aught to be asked,” Gowdy said on CNN.

While the White House claimed it only learned of the accusations against Porter when the story broke, the FBI on Tuesday suggested the White House had known about Porter for months.