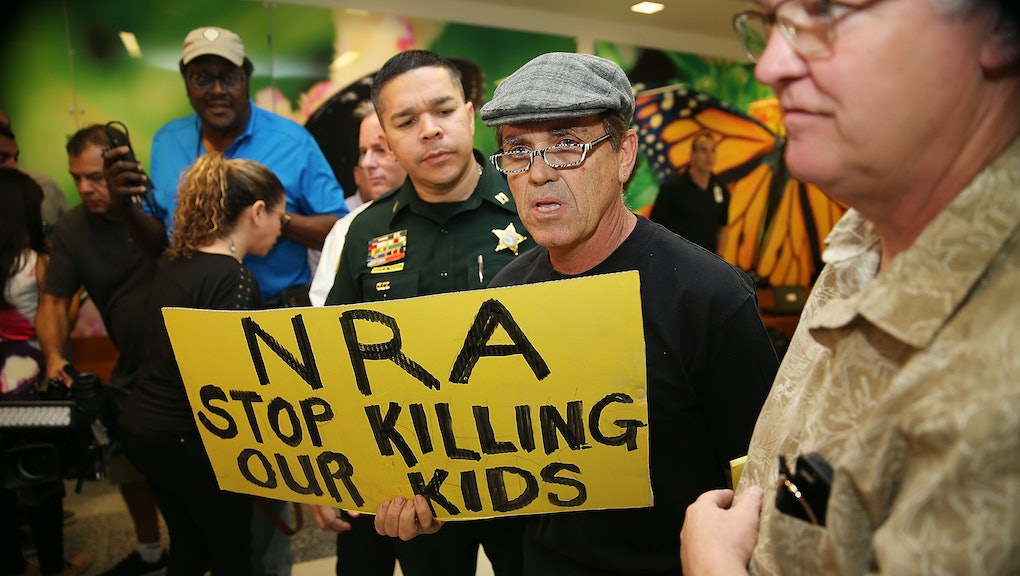 Single-issue voters have the power to change elections. Could it happen with gun control?

In 2015, after a gunman killed 10 and wounded seven at Umpqua Community College in Roseburg, Oregon, a frustrated President Barack Obama made a bold suggestion to gun control advocates: Become “single-issue voters.”

The idea, he said, was that the powerful gun lobby already has a base of voters who put the Second Amendment ahead of all other issues — and if proponents of sensible gun control want to match them, they’ll have to do the same.

“You have to make sure that anybody who you are voting for is on the right side of this issue,” Obama said. “And if they’re not, even if they’re great on other stuff, for a couple of election cycles you’ve got to vote against them, and let them know precisely why you’re voting against them. And you just have to, for a while, be a single-issue voter because that’s what is happening on the other side.”

In the wake of yet another mass shooting — this time at a high school in Florida — it’s worth asking: Should fed-up Americans follow Obama’s 2015 advice and become single-issue voters on gun control? And would such a move finally bring about change?

Kris Brown, copresident of the Brady Campaign to Prevent Gun Violence, says yes to both questions.

“Voters need to make this their top-priority issue,” Brown told Mic by phone Thursday. “When they do that, we win.”

Single-issue voters are citizens who have one make-or-break issue when they head into the ballot box. They can be exert tremendous influence on politicians — pro-life evangelical voters, for instance, played a major role in getting President Donald Trump elected.

The issue of gun control was one of the drivers of Democrat Ralph Northam’s win over Republican Ed Gillespie in Virginia’s gubernatorial race in November, according to exit polls — a sign, gun-control advocates told the Washington Post, that the push for commonsense gun reform is gaining momentum. They’ve also pointed to victories in New Jersey and Washington as evidence of a turning tide on the issue.

Those wins, according to Brown, show that voters’ prioritizing gun control at the ballot box could put pressure on politicians to take meaningful action — or risk finding themselves without a job.

“What it takes is single-mindedness and focus. If voters keep that in mind and mobilize around that, I know we can make these changes,” Brown said. “The politicians will have no choice.”

President Donald Trump and other Republicans who have received funding from the National Rifle Association have faced heavy scrutiny following the shooting Wednesday at Marjory Stoneman Douglas High School in Parkland, Florida.

Nikolas Cruz — a 19-year-old former student at the school — allegedly used a legally purchased AR-15 to kill 17 people and wound more than a dozen others.

But in an address on the tragedy Thursday, Trump did not use the word “gun” once.

“Making our schools and our children safer will be our top priority,” Trump said. “It is not enough to simply take actions that make us feel like we are making a difference. We must actually make that difference.”

Instead of talking about gun control, he focused on the “issue of mental health.” But he failed to mention that one of his first moves upon assuming office in 2017 was to kill an Obama-era regulation that made it more difficult for people with mental illness to obtain weapons. He also did not mention that one of the top donors to his presidential campaign in 2016 was the NRA.

He and Sen. Marco Rubio (R-Fla.) were criticized Wednesday and Thursday for offering “condolences” and “thoughts” to the victims without indicating that they will take meaningful action to prevent future mass shootings.

“This epidemic of mass slaughter, this scourge of school shooting after school shooting,” Sen. Chris Murphy (D-Conn.) said Wednesday on Capitol Hill. “It only happens here not because of coincidence, not because of bad luck, but as a consequence of our inaction. We are responsible for a level of mass atrocity that happens in this country with zero parallel anywhere else.”

Melissa Falkowski, a teacher at Marjory Stoneman Douglas High School who hid students in a closet to protect them from the shooter, condemned the federal government for failing to take action to prevent the massacre.

“I feel today like our government, our country has failed us and failed our kids and didn’t keep us safe,” the teacher told CNN.

Robert Runcie, the superintendent of Broward County Public Schools, said in a press conference Thursday morning that he had heard students calling for gun control in the wake of the shooting.

“Now is the time for this country to have a real conversation on sensible gun control laws in this country,” Runcie said. “Our students are asking for that conversation. And I hope we can get it done in this generation, but if we don’t, they will.”

In an interview Thursday, Brown said she was heartened by those speaking out against leaders who have blocked gun reform legislation and urged Americans — particularly young people — to continue to press lawmakers on the issue.

“It has to turn into a groundswell of shaming around this,” Brown said. “We need to keep doing that.”

“I think we can solve this.”