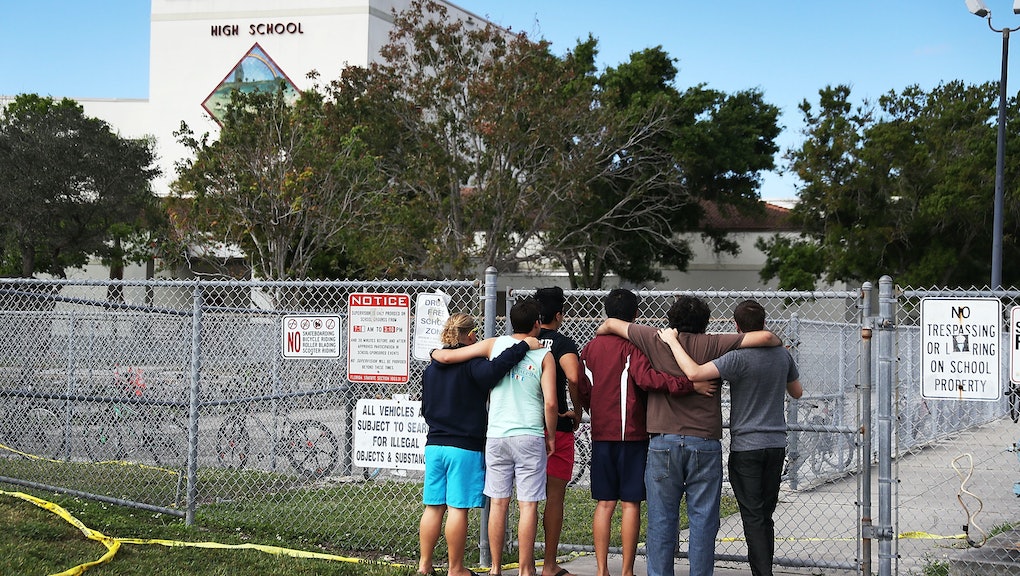 March for Our Lives: What to know about the nationwide march led by the Parkland survivors

Students at Marjory Stoneman Douglas High School in Parkland, Florida, went through an impossible tragedy Wednesday — and now they want take action to ensure nobody else has to suffer their pain ever again.

Students from Marjory Stoneman Douglas announced the March For Our Lives Sunday, a nationwide march taking place on March 24. The march, which is being organized through the ‘Never Again’ campaign started by students at the school, is “created by, inspired by, and led by students across the country who will no longer risk their lives waiting for someone else to take action to stop the epidemic of mass school shootings that has become all too familiar,” the march’s website notes.

“One of the things we’ve been hearing is that it’s not the time yet to talk about gun control. And we respect that. We’ve lost 17 lives, and our community took 17 bullets to the heart. And it’s hard to come back from that. So here’s the time that we’re going to talk about gun control: March 24,” Marjory Stoneman Douglas student Cameron Kasky said in an interview Sunday on Fox News.

“The March for Our Lives is gonna be in every major city, and we’re organizing it so students can beg for our lives,” Kasky continued. “Because at the end of the day, this isn’t about the red and blue, the GOP and the Democrats. This is about the adults and kids. And at this point, you’re either with us or against us. We’re giving all our politicians a clean slate, and in the next election we’re saying that if you’re accepting money from the NRA, there’s a badge of shame on you, because you are enabling things like this to happen.”

According to the march’s website, the march will take place on the “streets of Washington, D.C.,” as well as communities throughout the country, though exact locations have not yet been announced. Those interested in learning more about the march can sign up for updates through the march’s website or the Everytown Center for Gun Safety.

The student’s Sunday announcement of the march earned widespread support. In addition to endorsements from Everytown and its subsidiary grassroots group Moms Demand Action, those sharing their support of the march included former Rep. Gabby Giffords and celebrities Alyssa Milano, Justin Bieber and Amy Schumer.

“I hope that the American public takes action,” Marjory Stoneman Douglas student David Hogg said Sunday on CNN’s State of the Union, when asked about what he hopes the outcome of the march will be. “We’ve sat around for too long being inactive in our political climate, and children have died. It’s time for us to stand up and take action and hold our elected officials responsible, and if our elected officials are not willing to stand up and say, ‘I’m not willing to take money for the NRA, because children are dying,’ they shouldn’t be in office, and they won’t be in office, because this is a midterm year, and this is the change that we need.”

The march announcement is the latest case of the Parkland survivors speaking out in support of gun control in the wake of their school’s recent tragedy. Students immediately took to social media in the wake of the shooting to hit back against Republican politicians and pundits who offered “thoughts and prayers” and resisted calls for gun control.

On Saturday, student Emma Gonzalez then spoke out against President Donald Trump, Republicans and the National Rifle Association during an anti-gun rally in Fort Lauderdale, leading chants of “shame on you” as she blasted politicians who take donations from the NRA.

“The people in the government who are voted into power are lying to us,” Gonzalez said Saturday. “And us kids seem to be the only ones who notice and are prepared to call B.S.”

Gonzalez spoke further about the teenagers’ efforts to spark change on CNN Sunday, telling host Dana Bash that the young activists “are going to be the difference” in the ongoing gun control fight.

“We are quite at that point where we have worked long, hard hours to make sure that this goes forward the way that we want it to and stays strong the way that we’re staying strong, and how the people around us need us to be,” Gonzalez said Sunday. “That’s how we’re gonna be facing this. We’re gonna be facing this with trepidation, and determination, and we have an incredible support system around us, and we are going to be the difference.”