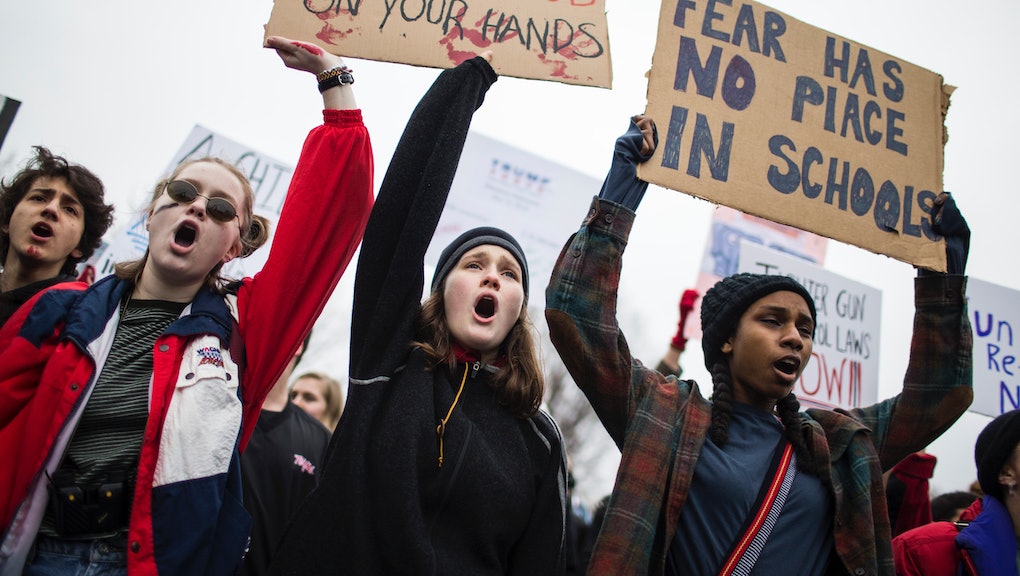 For decades, Democrats running in conservative states or districts have avoided talking about gun control, sometimes even choosing to embrace the NRA and gun rights talking points. However, after 17 high school students and teachers were killed in a horrific mass shooting in Parkland, Florida, last week, many Democratic candidates aren’t shying away from calling for bold action on gun control.

Randy Bryce, the working-class progressive in an uphill battle to unseat House Speaker Paul Ryan in Wisconsin, reacted to the Parkland shooting by calling on Congress to pass some of the most ambitious gun control proposals Democrats have ever considered.

Ryan’s conservative suburban district has typically been considered hostile territory for gun control advocates. Rebecca Solen, the House speaker’s 2016 Democratic challenger, attempted to court voters in the district by emphasizing the fact that she publicly broke with the national Democratic Party on the issue of gun rights. Ryan himself is an avid bowhunter.

Yet the recent calls for gun control, led by the teenage survivors of the Parkland mass shooting, seem to have emboldened Bryce to speak out on the issue. And he’s not the only candidate to do so.

Jason Crow, who’s running to unseat five-term incumbent Rep. Mike Coffman in the pro-gun state of Colorado, issued a statement in favor of expanded gun control Thursday. He also called on his opponent to return the $34,700 in donations he received from the NRA over the years.

Dan Canon is a progressive candidate running a long-shot race in an Indiana district Donald Trump won by almost 27 points. Immediately after the shooting, Canon tweeted at the incumbent Rep. Trey Hollingsworth, calling on Congress to do “something” to end gun violence.

After a mass shooting in November killed 26 people at a church in Sutherland Springs, Texas, Canon tweeted his support for increased gun regulation in a thread that advocated for everything from improved universal background checks to ending restrictions on suing gun manufacturers for the deaths caused by their products.

In Georgia, Democratic gubernatorial candidate Stacey Abrams responded to the shooting by calling for increased background checks and the repeal of her state’s controversial “campus carry” law.

In previous elections, support for gun control in conservative strongholds has been exceedingly rare, even as mass shootings continue to plague the U.S. And those who have tried to sway voters on the matter haven’t seen much success.

In 2016, Democratic Missouri Senate candidate Jason Kander assembled a rifle blindfolded while expressing his support for expanded background checks. After backlash from conservatives who used the campaign ad to call him a hypocrite, Kander went on to lose his race against incumbent Sen. Roy Blunt.

With progressive grassroots energy on the rise heading into the 2018 midterm election, candidates appear ready to take the risk and talk to conservative voters about tighter gun control laws.