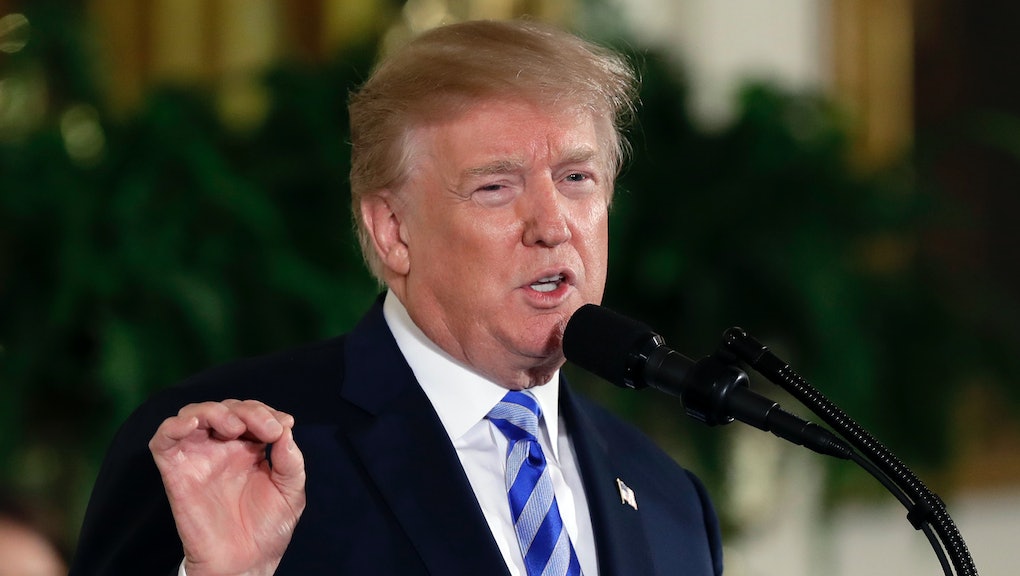 President Donald Trump on Tuesday announced that he signed a memorandum instructing Attorney General Jeff Sessions to propose a regulation banning modifications like bump stocks, a device added to semi-automatic weapons that allow them to mimic the speed of fully automatic fire.

“I expect that these critical regulations will be finalized ... very soon,” Trump said during an event at the White House honoring first responders.

The alleged gunman, Nikolas Cruz, did not use a bump stock in the attack.

Gunman Stephen Paddock used a bump stock in his attack on a country music festival in Las Vegas, killing 58 people and wounding dozens of others in the deadliest mass shooting in modern American history.

That shooting happened on Oct. 1, 2017, nearly five months before the Parkland shooting.

Lawmakers had debated banning bump stocks at the time, but the issue fizzled out until the latest mass shooting in Parkland.

Trump’s decision to call for a ban on devices like bump stocks shows the pressure lawmakers are facing to take action on guns in the wake of a spate of deadly mass shootings over the past few years.

Students who survived the Parkland shooting have been vocal in their calls for gun control, planning a mass protest in Washington, D.C., on March 24. Other Florida high school students also walked out in solidarity with the Parkland students on Tuesday to call for gun reforms.

A Quinnipiac poll released Tuesday found an incredible 97% of voters support universal background checks — nearly universal support. That poll also found that 67% of voters support a nationwide ban on the sale of assault weapons, like the ones used in the Parkland and Las Vegas mass shootings.