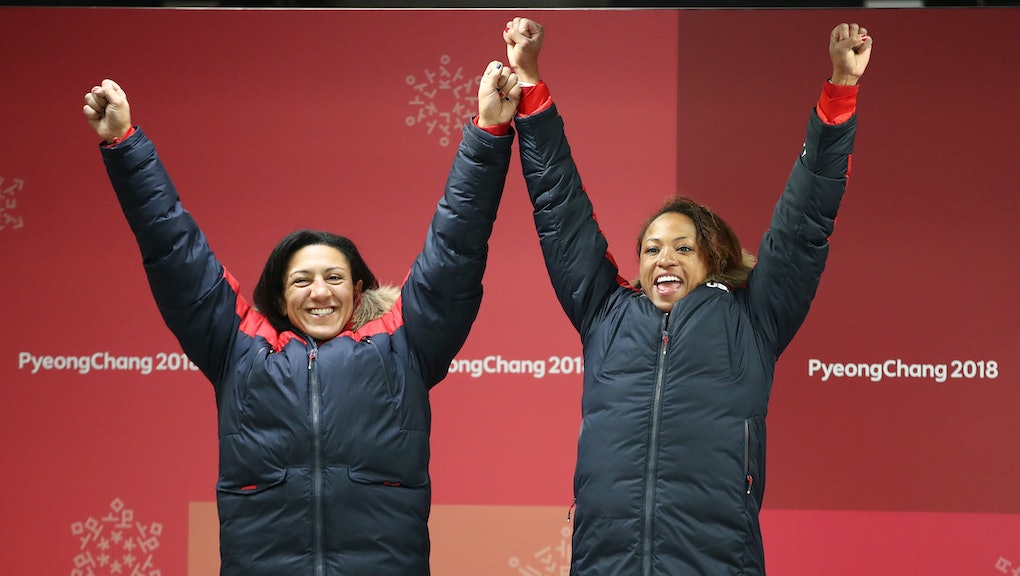 On Wednesday morning, Team USA’s Elana Meyers Taylor and Lauren Gibbs won the silver medal in the women’s bobsled competition at the Olympics. After four heats, Meyers Taylor and Gibbs finished their final heat at 3:22:53, with the German team taking gold at 3:22:45 time and Canada taking the bronze at 3:22:89.

Meyers Taylor has broken gender and race barriers at the Olympics. “I feel like our sport is a highly European-dominated sport, and it’s one of those sports where people don’t see black drivers as being of an equal caliber as white drivers,” she said in an interview. “People think that people of color should just be in the back of the sled, which is crazy to hear in 2018. But I’m out there to prove them wrong, and I think there are other black drivers and drivers of different races that are out there to prove them wrong as well.”