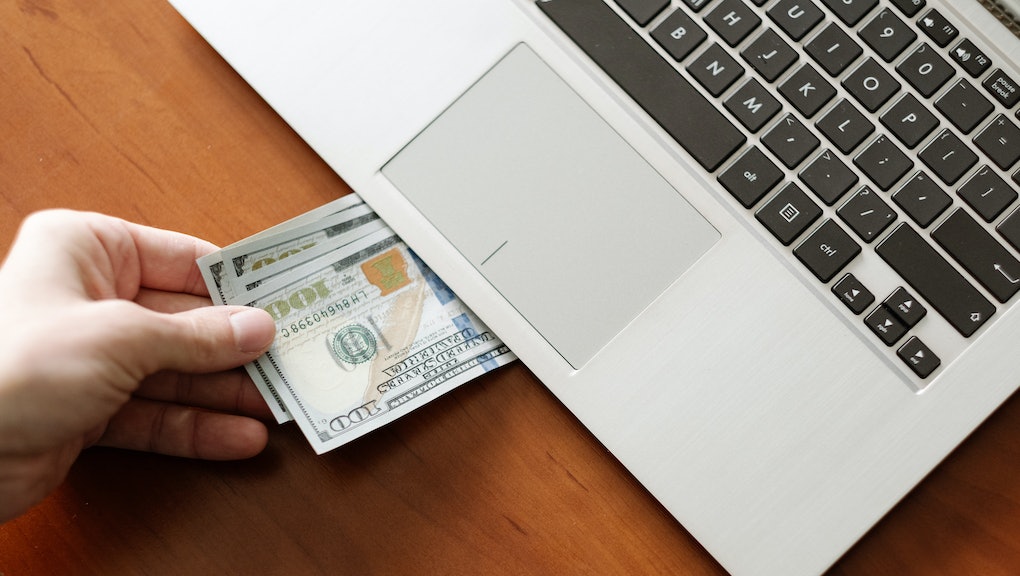 Does free money make people lazy? Why the case for a universal basic income is getting stronger.

As far as attempts to solve social problems go, it’s not hard to think of potential drawbacks for giving everyone free money, regardless of your politics. If everyone got checks in the mail for doing nothing, for example, how would we get them to show up to work? Assuming we replaced or supplemented the social safety net with fixed cash amounts — aka a universal basic income — how would we ensure fairness for those who might need greater financial support than others? If we really want to address poverty, shouldn’t we direct more resources toward people who need it most?

And yet, the idea of a basic income is growing politically popular, even forming a central campaign promise — the “freedom dividend” — for one aspiring 2020 United States presidential candidate. A 2017 poll of registered U.S. voters found that 43% respondents would support a UBI, versus 39% who would oppose it. Backers of the idea are also ideologically diverse, as Bloomberg’s Noah Smith recently noted, ranging from socialists to libertarians to the heads of corporate giants, like Facebook CEO Mark Zuckerberg.

The appeal of a UBI makes sense amid growing income and wealth inequality — threats that are sounding alarm bells in some unexpected places, including among members of the global banking system. In a recent report, Torsten Slok, chief international economist at Deutsche Bank called inequality “an important driver of populism,” and linked declining U.S. household net worth with the ongoing opioid crisis and the nation’s sky-high incarceration rates.

So, given growing calls for a UBI — and the emergence of international tests of the concept in Latin America, Asia, Africa and Europe — it seems rational to also investigate whether handing out a cash stipend might be effective in North America. As it turns out, some of the arguments against direct cash grants might actually be overstated, at least according to a new study of residents of the U.S. and Canada from University of Pennsylvania researchers.

Though the paper hasn’t yet been peer-reviewed, lead author Ioana Marinescu said in a phone interview that one of the most cited drawbacks to unrestricted cash grants — their disincentive to work — may not actually materialize in the real world. Specifically, a “10% income increase induced by an unconditional cash transfer” seems to decrease labor supply by only about 1%.

In other words, simply giving people money appears to achieve positive outcomes with few drawbacks, “especially among the most disadvantaged,” she said. “It’s something that could happen at the state level.”

In one experiment Marinescu estimated that for every extra $100 a lottery winner gets, that person decreases the overall wages they work to earn by about $11. And even when the direct cash grants are quite large, Marinescu said, some other studies find no effect on the likelihood of working at all.

Marinescu arrived at her findings by studying a handful of programs that resemble the types of unrestricted cash grants you’d see under universal basic income, including the Alaska Permanent Fund Dividend, and the Eastern Band of Cherokees casino dividend program. Since many of these programs don’t necessarily provide enough money on which to live — the Alaska Permanent Fund Dividend, for example, pays about $1,000 annually — Marinescu also studied the labor participation of lottery winners.

Interestingly enough, even people who win the lottery tend to keep working, though they do seem to cut back on hours. That’s noteworthy given that cash grants may also have a slew of other benefits. They seem to boost education attainment and improve public health, with some programs resulting in fewer hospitalizations and lower risks of alcohol dependence. For every $4,000 paid out to the poorest families studied in the casino dividend experiment, children attended an extra year of school. And the extra cash also helps stimulate the local economy, as Marinescu pointed out on Twitter.

Yet, the real problem, Marinescu said, would be financing a cash transfer program in a way that didn’t undermine other services — since most of the existing research has focused on places like the U.S. and Canada, where grants are given on top of an existing safety net.

Even if there are ways to give people cash while accounting for the adverse effects, there is still the challenge that these proposals are expensive. A relatively modest universal basic income of around $10,000 annually in the United States would cost around $3 trillion per year, according to estimates from the left-leaning Center on Budget and Policy Priorities.

Yet somewhat counterintuitively, focusing government programs on wealth (an individual’s total net worth, including assets like homes and cars) rather than on income (the amount of money an individual brings in each year) might be far cheaper — at least according to economists William Darity of Duke University and Darrick Hamilton of the New School.

In a recent presentation before the American Economic Association, the pair argued that so-called “baby bonds” — essentially trust funds, but for everyone — could be paid for by reforming existing programs aimed at encouraging asset accumulation, like the mortgage interest tax deduction.

“Wealth is more paramount to determining outcomes than income,” Hamilton said in a phone interview. “Wealth begets more wealth. A huge source of wealth inequality is that some individuals are able to purchase the appreciation of an asset that will passively rise over their lifetime.”

So how would that program work exactly? Hamilton explained that a baby bonds program would basically endow each child born in the country with a trust fund that would be disbursed based on parental income. Children of richer families would receive relatively small grants of around $500 while children in lower-income families would receive far more.

The average middle-class child, Hamilton estimates, would receive around $20,000. The bonds wouldn’t exactly be unrestricted, they’d have to be spent on “capital appreciating” activities, like acquiring an education, buying a home or starting a business. He said the total cost of the program would likely be between $80 and $90 billion annually.

The drawbacks? You would likely need to convene a commission to figure out what activities would qualify as capital appreciating. Hamilton also foresees that steps would need to be taken to ensure that colleges and universities wouldn’t increase tuition or reduce financial aid in light of the grants.

Still, what is growing increasingly clear is that not all objections to UBI bear out. A widening body of research supports the notion that simply giving people money might in fact be a more effective — and affordable — solution to mitigating income and wealth inequality at home than these programs are given credit for.

To envision how a UBI could work where you live, you could look to current ongoing experiments, such as that in Finland. And you might be able to get a further taste of life with a basic income by exploring some of the many open initiatives set up by non-profits conducting experiments of their own.