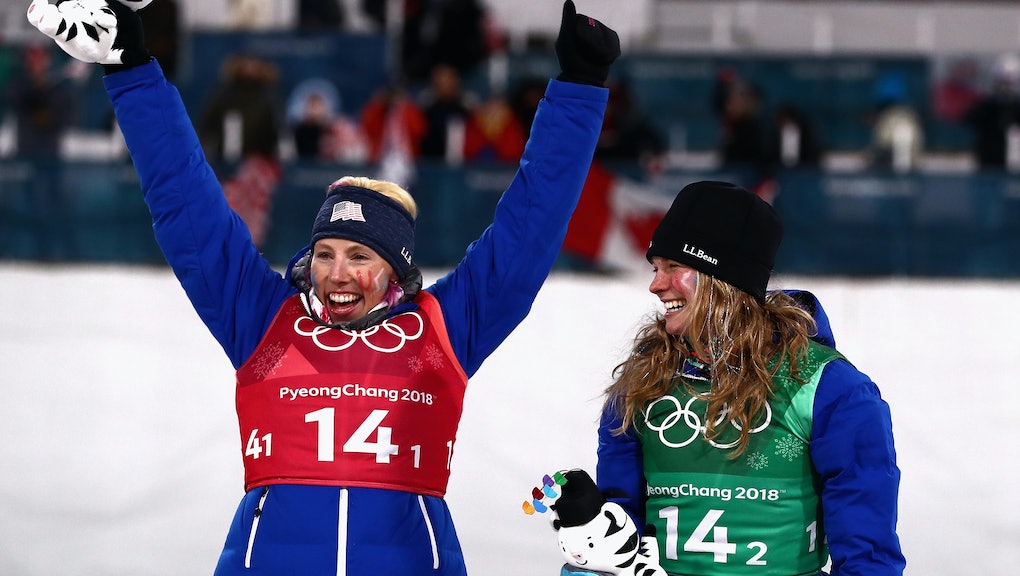 To follow Mic’s coverage of the Winter Olympics, visit our Olympics hub.

Kikkan Randall and her teammate Jessica Diggins became the first American women to nab gold in cross-country skiing when they won the team sprint freestyle race at the Winter Olympics in Pyeongchang Wednesday.

The win is major, but Randall has a few additional accomplishments under her belt. The 2018 Winter Games marks Randall’s fifth Olympics; she, along with snowboarder Kelly Clark, is one of the first women to compete in five separate games. She’s also the only Olympian mom to represent Team USA in Pyeongchang, something she knows is a major feat.

“This number five is special because I know it’s going to be my last one, so I think when you realize it’s the last one, [you’re like], ‘OK, I want to soak this last one in; I want to leave it all out there’,” she said in an interview a few weeks before the competition. “A year and a half ago, I had a son and so this is the first time going to the Olympics as a mom — and that’s been an exciting new challenge, but it’s also brought a lot of great things to my sport and to my life.”

Randall is also cognizant that her status as a woman achieving firsts comes with responsibility to inspire other women. Working with a program called Fast and Female, the Olympian says she’s learned a lot about girls’ participation in sports — like the fact that they are six times more likely to drop out of athletics than boys for many factors. “There’s the social belonging issue. There’s not having the right supplies and support. There’s not having the right coaches or parents. ... There’s the body image [issue],” she explained.

To make a difference, Randall says change is imperative. “We have to keep striving to make it a 50/50 level playing field because we know that women are great competitive athletes. They deserve to be there as much as the men do,” she said. “It’s [so] worthwhile personally for them as athletes but also for their ability to inspire others to go out and live healthier, more active lives.”