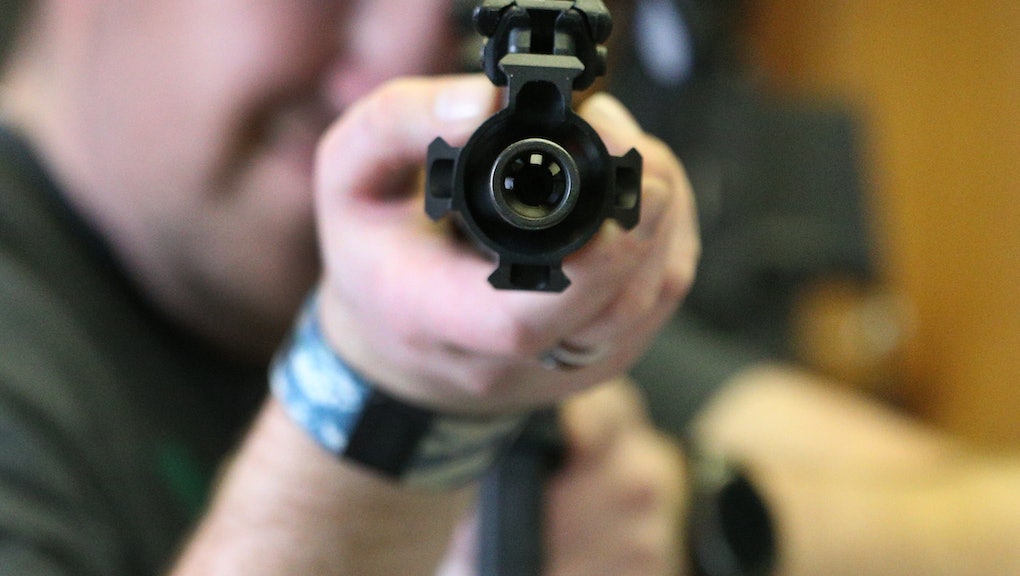 Opinion: Why this gun owner turned in his AR-15

He couldn’t sleep the night before. He knew he was going to lose a few friends. But something had to change in this country — and it began with him.

In the wake of the school shooting at Marjory Stoneman Douglas High School in Parkland Florida, Chris Shields, an 18-year member of the military and owner of 10 guns, turned in his AR-15 to the Bellevue police department to make a powerful statement about gun control in America.

“I’m tired of seeing people die,” Shields said in an exclusive video op-ed for Mic. “My view on the AR-15 at this moment is that until we as a country can make common sense gun laws controlling them, then we don’t deserve to have them.”

Shields isn’t the only owner of an assault rifle who has had a recent change of heart. Since the Parkland shooting, videos of gun owners destroying their weapons have gone viral on the internet. These videos weren’t the inspiration behind Shields’ decision, however.

His idea, instead, came from hearing the call to action from the teen survivors of the shooting.

“I saw their message and heard their voices and it made a difference on me,” Shields said.

While Shields recognizes that turning in one of his guns is a small action, he hopes his gesture will be more than symbolic.

“It’s not making a difference in the grand scheme of things, but that’s what a vote is,” Shields said. “A vote is just one person trying to do what they think is right, and this is kind of how I’m voting right now: for more gun control.”

To see Shields turn in his AR-15 and to learn more about how you can join him, watch the video above.