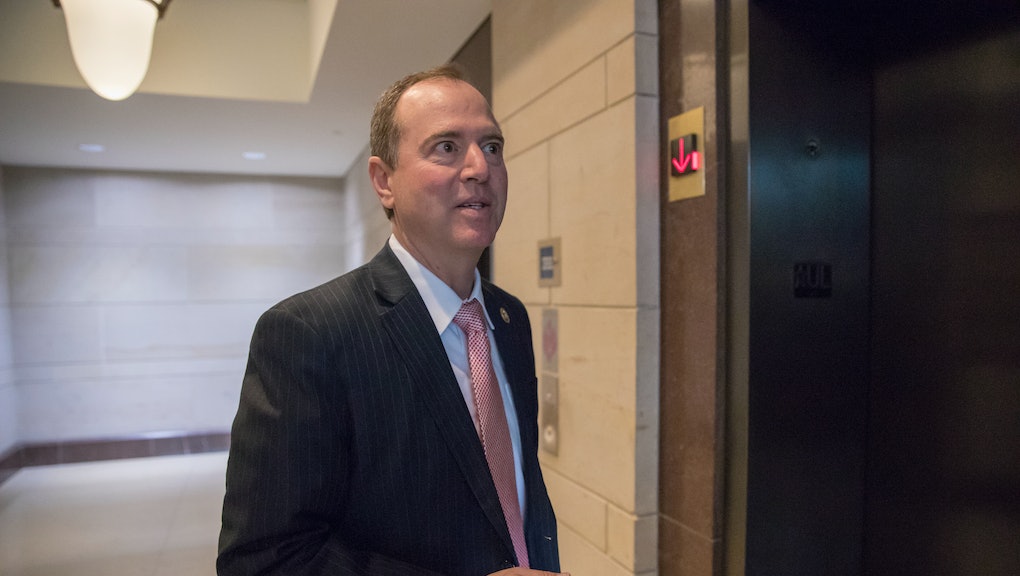 Democrats release rebuttal to Nunes’ memo: “We can now tell you what they left out”

Democrats have released a heavily redacted version of their memo rebutting the claims made in an earlier memo by Rep. Devin Nunes (R-Calif.), which President Donald Trump had claimed “totally vindicates” him in the Russia investigation.

According to the memo released Saturday afternoon, the Republican memo overstated federal law enforcement’s reliance on the controversial Steele dossier, among “other distortions and misrepresentations.”

Rep. Adam Schiff (D-Calif.), the ranking Democrat on the House Intelligence Committee, said Saturday that the document offers a rebuke of his Republican colleagues’ effort to undermine the credibility of special counsel Robert Mueller’s investigation.

“Some time ago, Republicans on our committee released a declassified memo that omitted and distorted key facts in order to mislead the public and impugn the integrity of the FBI,” Schiff tweeted. “We can now tell you what they left out.”

Trump had previously blocked the release of the Schiff memo in what Democrats decried as a display of “hypocrisy,” with the president claiming that the document was “very political and long” and contained passages too sensitive to be released to the public.

But he had earlier allowed the release of the Nunes’ memo against the wishes of the FBI, which had “grave concerns” about its contents.

That memo accused federal law enforcement of abusing its surveillance powers — and was hyped by Trump’s allies as outlining misdeeds that were “worse than Watergate.”

But it left out critical information, seemingly undermined its own argument and confirmed that the FBI probe began not with a controversial dossier on Trump, but with the loose lips of a campaign aide.

In a statement released along with the memo, Schiff said the new information should “put to rest” the GOP’s claims. “Our extensive review of the initial FISA application and three subsequent renewals failed to uncover any evidence of illegal, unethical or unprofessional behavior by law enforcement and instead revealed that both the F.B.I. and D.O.J. made extensive showings to justify all four requests,” he said.