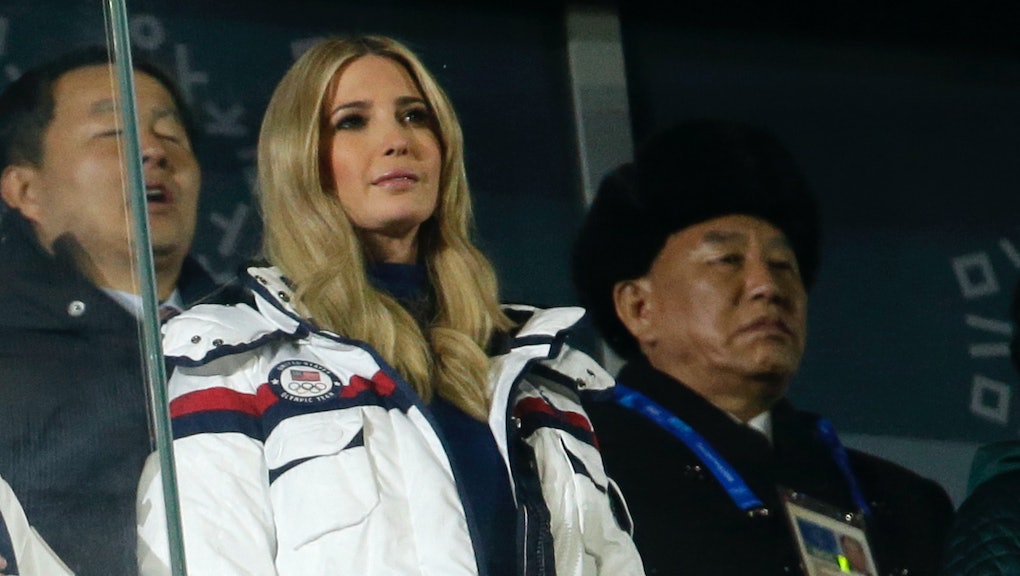 The Winter Olympics in Pyeongchang, South Korea, came to an end Sunday on a potentially hopeful note, as the North Korean government signaled that it would be willing to begin diplomatic talks with the United States.

“President Moon pointed out the urgency to hold dialogue between North Korea and the U.S. in order to fundamentally the resolve the issues on the Korean Peninsula and to improve inter-Korean relations,” the Blue House said, as quoted by the South China Morning Post.

“The North Korean delegation said that North Korea is willing to have talks with the U.S. and the North agrees that inter-Korean relations and North Korea-U.S. relations should advance together.”

The possibility of a meeting between the U.S. and North Korea was fueled by who the two countries sent to the Olympics closing ceremony Sunday. In addition to Kim Yong Chol, the vice chairman of Workers’ Party of Korea committee dealing with inter-Korea relations and a former head of North Korea’s military intelligence service, North Korea’s delegation also included Choe Kang Il, deputy director of the U.S. affairs division in North Korea’s foreign ministry.

The U.S. delegation to the closing ceremony, which was led by Ivanka Trump, included Allison Hooker, the Korea director on the National Security Council. Hooker previously traveled to Pyeongyang in 2014 to secure the release of two American prisoners.

“There is no reason for Allison Hooker to come, nor is there any reason for Choe Kang Il to be here,” John Delury, a professor of international relations at Yonsei University in Seoul, South Korea, told the Post, speculating that the two could hold a “preliminary discussion” before an official negotiation. “They’re both superfluous to the Olympic ceremonies and to inter-Korean relations.”

It was later reported that Pence had a planned meeting with Kim Yo Jong during the Olympics, which the North Korean delegation ultimately canceled at the last minute amid Pence’s rhetoric and the U.S.’s new sanctions against the isolationist nation. According to the Post, the U.S.’s goal for the meeting was to assert its strong stance against North Korea face-to-face, rather than negotiate with the country.

“The president’s view was that they need to understand that what our policy is publicly and what we are saying publicly is actually what we mean,” a senior White House official told the Post about the planned meeting.

Trump then announced further sanctions on North Korea Friday — and warned of dire consequences if they didn’t work.

“If the sanctions don’t work, we’ll have to go phase 2,” Trump said Friday, as quoted by Reuters. “Phase 2 may be a very rough thing, may be very, very unfortunate for the world. But hopefully the sanctions will work.”