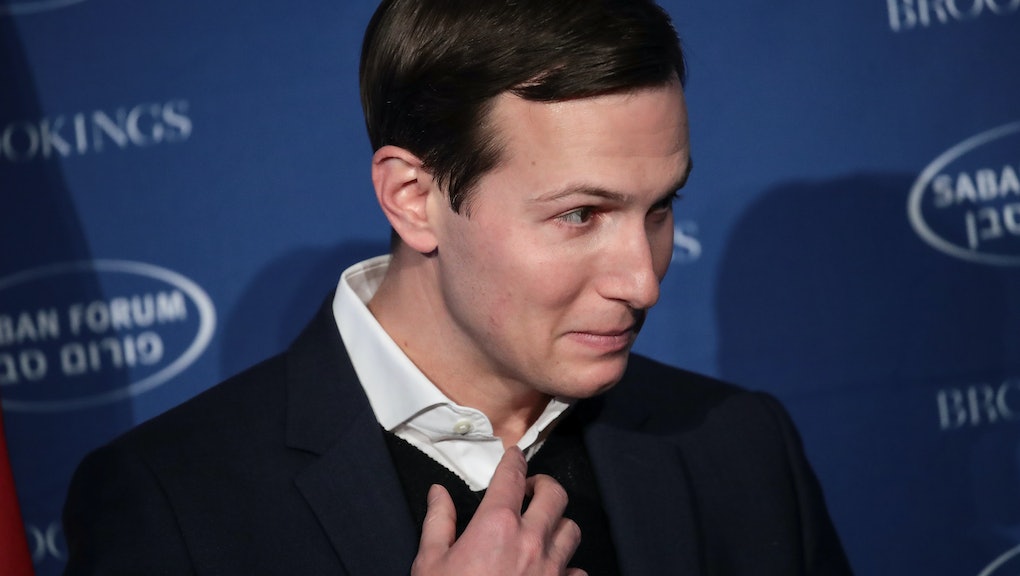 The top aide had been working for more than a year in the White House using interim security clearance, reportedly due to a number of undisclosed foreign contacts on his application forms.

But according to an internal memo Friday, which was first reported on by Politico, he and other White House officials who had been working on temporary clearances have had their status downgraded.

Kushner now reportedly has “Secret” security clearance, allowing him to access less-sensitive information but not the top-secret briefings he had previously been privy to.

Critics have long called for Kushner to lose his security clearance over the reported undisclosed contacts with Russians and other foreign officials and questions about his ethics.

For more than a year, though, he was allowed to access the nation’s most sensitive secrets without permanent clearance — and reportedly requests more intelligence information than any other White House official, aside from National Security Council staff.

But the Trump administration came under scrutiny earlier in February when it was revealed that Rob Porter was allowed to work as White House staff secretary for a year despite allegations of domestic abuse against him that may have stood in the way of him getting permanent security clearance.

Trump, who has the power to grant Kushner full clearance, said on Friday that he would be leaving the decision regarding his son-in-law’s clearance to chief of staff John Kelly — who has faced significant backlash over the Porter scandal.

“The American people deserve a White House staff that meets the highest standards and that has been carefully vetted — especially those who work closely with the president or handle sensitive national security information,” Kelly told colleagues in a Feb. 16 memo, according to Politico. “We should — and in the future, must — do better.”

Kushner “will not ask for special permission” from his father-in-law, a source told CNN.

The downgrade raises major questions about Kushner’s ability to work on his expansive portfolio — which includes Israeli-Palestinian peace negotiations and the efficiency of the entire federal government — and about his standing in the White House.

He has seen his once-outsized responsibilities decline since Kelly took over for Reince Priebus in July, and has been a significant focus of special counsel Robert Mueller’s Russia investigation, which has reportedly stood in the way of his ability to obtain permanent security clearance.

The news of his downgrade came the same day it was reported that Josh Raffel — a top aide to Kushner and his wife, Ivanka Trump — is planning to leave the White House in the coming months.

Sarah Huckabee Sanders, the White House press secretary, told reporters at a news briefing on Tuesday that Kushner remains a “valued member of the team.”

“He will continue to do the important work that he’s been doing since he’s started in the administration,” she said.