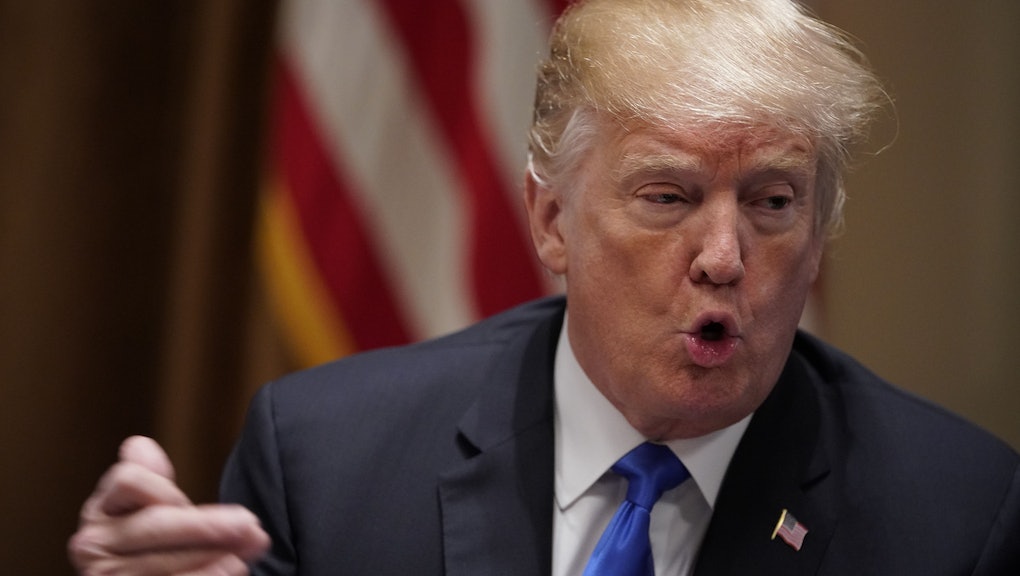 In a meeting with a bipartisan group of lawmakers on gun control on Wednesday, President Donald Trump dinged a member of his own party, telling a Republican lawmaker that his fear of the National Rifle Association is hampering the effort to pass gun reforms.

The comment came during an exchange Trump had with Sen. Pat Toomey (R-Pa.), who is the co-author of a bill that would expand background checks.

Trump asked Toomey whether his background check bill includes a provision to raise the age to purchase assault-style guns to 21.

When Toomey said the bill does not include that provision, Trump responded harshly.

“You know why?” Trump said to Toomey. “Because you’re afraid of the NRA.”

The comment was striking, making the exact point that Democrats and the teenage survivors-turned-activists from Marjory Stoneman Douglas High School have been making: that the NRA has scared Republican lawmakers out of acting on gun reforms.

Trump’s comment wasn’t the only time he pushed back on members of his own party during the meeting.

During an exchange with House Majority Whip Steve Scalise (R-La.) — who nearly died in 2017 after being shot by a gunman at a congressional baseball game practice — Trump said that House Republicans’ insistence that a background check bill include concealed carry reciprocity would cause that bill to fail.

During the meeting Trump made other policy suggestions, including making it harder for mentally ill people to buy guns. Trump added that he supports taking guns away from those with mental illnesses.

I like taking the guns early,” Trump said. “Take the guns first, go through due process second.”

Trump also went on to say he “would give very serious thought” to raising the age to purchase an assault-style gun to 21 — a position his own White House aides have tried to walk back.

However, meetings like this do not mean there will be any congressional action on gun control.

In January, Trump held a similar meeting with a bipartisan group of lawmakers on immigration reform. During that meeting, Trump backed comprehensive immigration reform and codifying the Deferred Action for Childhood Arrivals program into law.

However after the meeting, Trump’s position completely changed, and Trump went on to help sink immigration legislation that would have made the DACA program permanent.