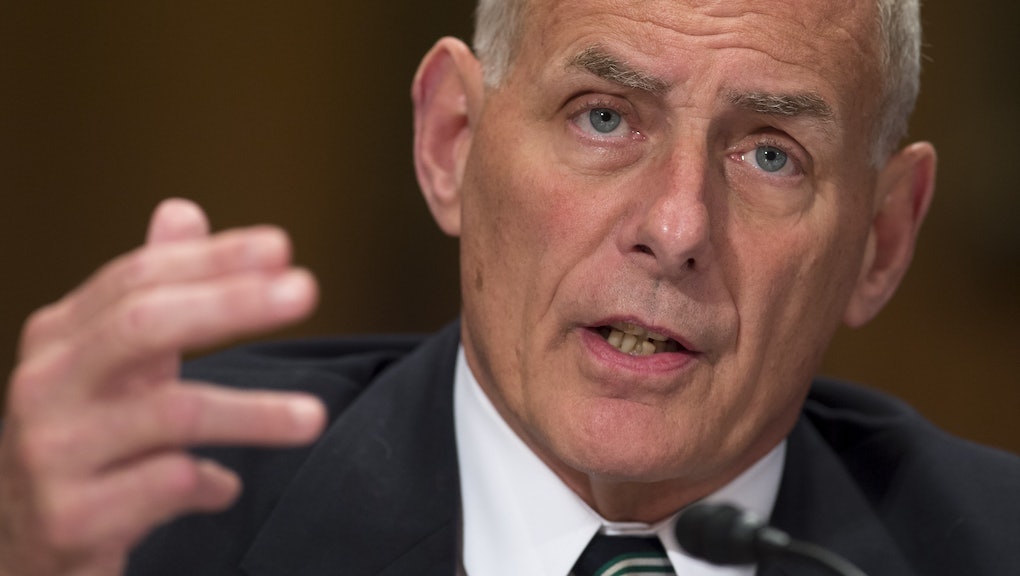 White House chief of staff John Kelly on Friday defended his handling of the Rob Porter domestic violence scandal, telling reporters that he has “absolutely nothing to even consider resigning over.”

Kelly made the comment during an impromptu press briefing, in which he addressed the issue of missing security clearances for Porter, as well as a number of other top White House aides. Porter and other White House aides, such as Jared Kushner, had access to classified information on interim clearances because their full clearances were held up, raising suspicions that eventually led to a review of the process.

During that briefing, Kelly addressed the response to the Porter allegations.

Kelly said that when he sent out a statement praising Porter, he only knew Porter had been accused of emotional abuse, not physical abuse.

“We worked with him closely. He conducted himself as the ultimate gentleman. I never saw him mad or abusive in anyway,” Kelly told reporters Friday.

However Kelly acknowledged that the White House did not handle the situation as best it could.

“We didn’t cover ourselves in glory in how we handled that,” Kelly said.

“My only comment is the sadness I felt when Kelly defended his first statement of defense of Rob saying they thought it was ‘only emotional abuse,’” Willoughby said in a statement to CNN. “He changed the statement after realizing it was ‘physical abuse.’ That is insulting to anyone suffering an abusive situation now. Emotional and psychological abuse is abuse!”

Kelly’s credibility has come into question after the Porter situation.

The White House continually changed its story about what it knew about the accusations against Porter, and when.

Kelly sought to clarify that story to reporters, saying that Porter was fired the day the White House learned of the allegations, but that Porter showed up to work the next day, causing a “mix-up.”

“The next day, probably around 10 or 11 o’clock, somebody said Rob’s still in the building,” Kelly said. “My assumption was he was doing the checkout process.”

Some in the White House, however, say they think Kelly knew about the Porter allegations earlier.