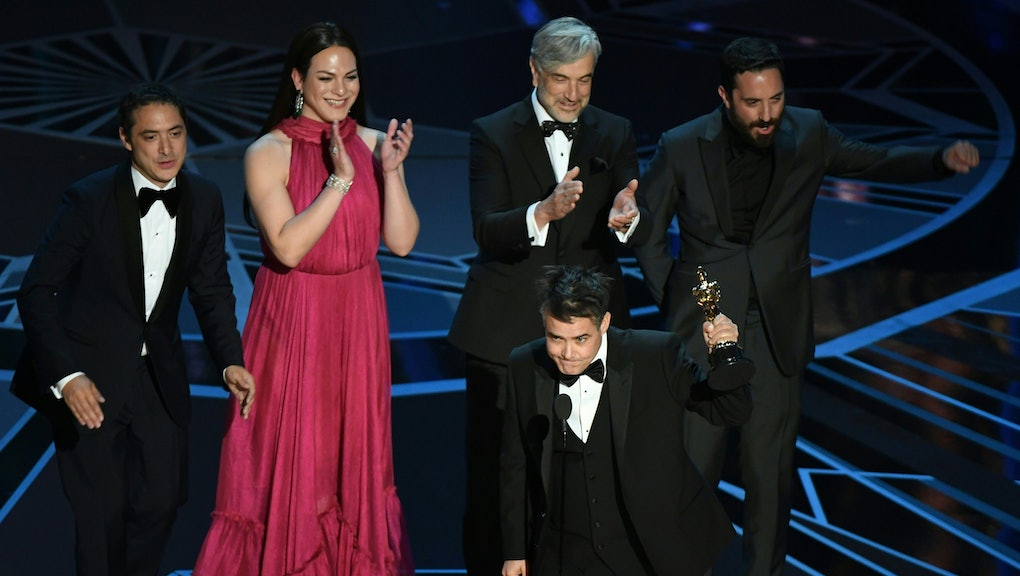 The Chilean drama A Fantastic Woman took home the Oscar for best foreign language film at the 90th Academy Awards on Sunday night. The film stars Daniela Vega as Marina, a transgender woman whose older lover dies suddenly. Marina must then advocate for herself and her womanhood when she is treated with suspicion and hostility by her lover’s family.

Notably, the film’s star, Vega, is herself transgender. The academy has a history of rewarding cisgender actors for playing trans characters — Hilary Swank, Felicity Huffman, Eddie Redmayne and Jared Leto have all either won or received Oscar nominations for portraying trans characters in films — but the awards show has overlooked films like 2015’s Tangerine, which starred trans actresses Mya Taylor and Kitana Kiki Rodriguez as trans characters. Advocates have long called for Hollywood to cast trans actors to play trans characters on-screen.

Vega didn’t score an acting nomination for her role in A Fantastic Woman, despite some speculation that she could become the first trans actress in history to get an Oscar nomination for acting. But Vega still made history on Sunday night as the first out trans presenter in the history of the Academy.

Director Sebastián Lelio accepted the Oscar for A Fantastic Woman, which is the first Chilean film to win in the best foreign film category. In a January interview with Indiewire, Lelio said that he wrote the film after meeting Vega and with her in mind. “I didn’t want to make an easy melodrama or romance,” he said. “I think that came out of the process of knowing Daniela and trying to create a device that could be as complex and beautiful as its central character.”