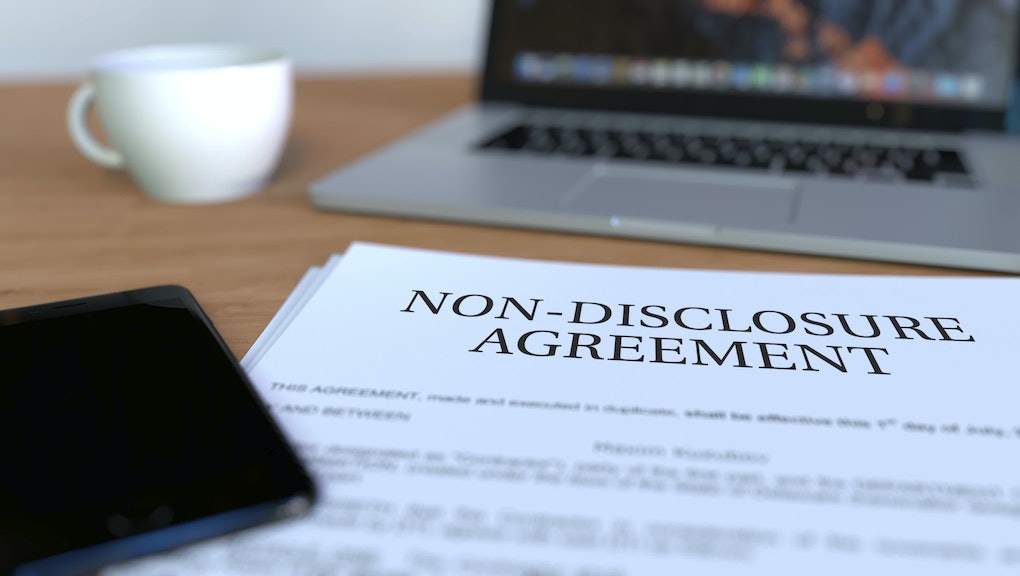 Unpaid Congressional interns have to sign NDAs that last beyond their employment, ‘Vox’ reports

Nondisclosure or confidentiality agreements — commonly used to protect businesses’ intellectual property — are making an appearance in a troubling new place. According to a Vox report, unpaid interns often must sign these papers when they begin working for members of Congress.

Lawyers who reviewed the contracts obtained by Vox said one issue is that the wording in these NDAs tends to be overly broad and lacks explicit language stating exceptions for discrimination or abuse. This could inappropriately suggest to young, inexperienced interns that they’d have no legal recourse in the case of harassment, for example.

Language in these contracts includes prohibitions against sharing “personal information about the representative and members of the staff,” and “matters involving the personal or professional lives of the senator or employees of the office.” Twenty current and former interns for senators and House members from both Democratic and Republican parties told Vox they had to sign NDAs.

At the least, these agreements should instead have in “very clear bold and capitalized language” a disclaimer that the signer “does not waive the right to make a complaint against anyone, including a member, about harassment or discrimination,” employment lawyer Peter Romer-Friedman told Vox.

As Mic has previously reported, the majority of House and Senate representatives do not pay their interns, which furthers socioeconomic inequality in government by making it harder for young people from low-income families to gain early work experience. But the NDAs present yet another problem, as Vox reports, because only paid employees of Congress can file formal complaints in the case of harassment.

While some pending legislation would extend protections to interns as well, current rules don’t provide much help for those who might try to sue: “Right now, an intern who wanted to assert a claim would face a credible argument that the person is not an employee and therefore has no rights,” Romer-Friedman told Vox. “It’s hard for them to assert damages if they’re not being paid — if you get fired because you complain about being harassed, what are your damages? Other than emotional harm?”

Another issue, Vox reported, is that the agreements “apply even after an intern leaves the Hill.” Additionally, interns were not typically able to bring home a copy of the agreements they signed, making it difficult for them to review the language with a lawyer or mentor.

The Vox report comes as allegations of sexual harassment have swept through Hollywood, workplaces and Capitol Hill itself — and as concerns grow that the general trend toward U.S. employment agreements including confidentiality clauses could both stifle creativity and deter reports of abuse.

To learn more on possible legal recourse if you have signed an NDA at work or have experienced harassment, Forbes has advice for navigating your rights.