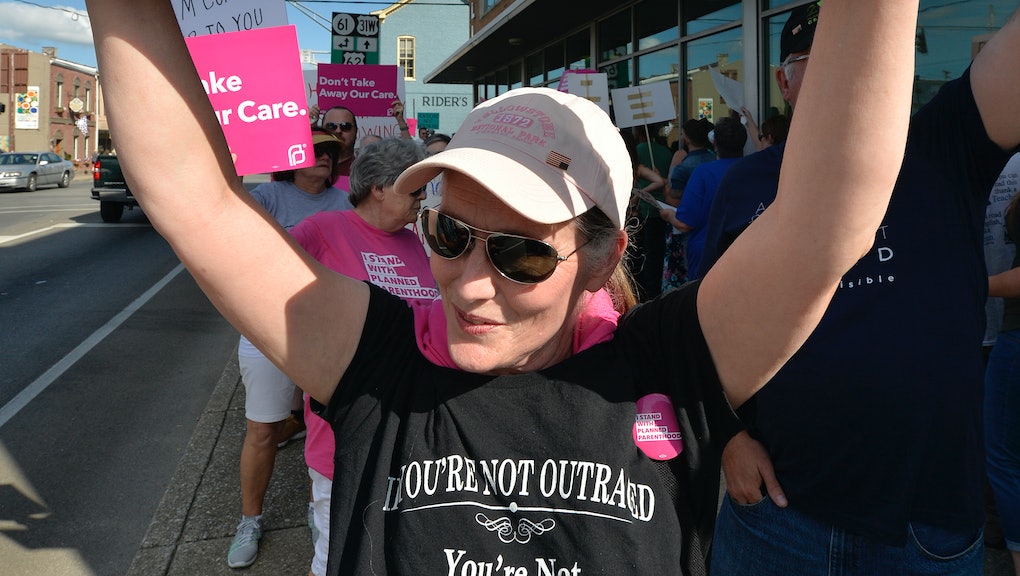 Trump administration is trying to bring back pre-existing conditions

The GOP effort to dismantle the Affordable Care Act is back.

After taking steps to try to sabotage the health care law, better known as Obamacare, the Trump administration is now demanding that members of Congress who want to stabilize the law must make a series of changes to it that would increase costs for seniors and people with pre-existing conditions.

One of the provisions the Trump administration is demanding in exchange for an ACA stabilization bill is a significant expansion of short-term health care plans, according to a document obtained by Politico. Those kind of plans allow insurers to deny coverage to people with pre-existing conditions, and don’t have to cover things such as prescription drugs and mental health treatment, among other things.

Because those plans are often cheaper, they draw healthy consumers and leave the better health care plans that cover more to a pool of sicker people who are more expensive to cover, leading to increased premiums, according to Vox.

The Trump administration will also demand that an ACA stabilization bill include a provision that would let insurers charge seniors up to five times as much as younger customers, Politico reported. This provision was part of a failed Republican bill to repeal the ACA in 2017, and had heavy opposition from powerful interest groups like the AARP.

Bringing back pre-existing conditions and increasing costs for seniors is extremely unpopular among the public, and helped tank GOP efforts to repeal the ACA in 2017.

The demands could also blow up ongoing efforts in Congress to pass a compromise bill to bolster the health care law.

Democrats want to increase the subsidies that help lower the cost of insurance premiums, and they want to prevent the Trump administration from selling the kind of short-term plans that Trump wants, according to the Hill.

Democratic lawmakers are already bristling at the demands.

“Bringing back junk health care plans is a clear attempt to circumvent the Affordable Care Act’s protections for those with pre-existing conditions,” Sen. Dianne Feinstein (D-Calif.) tweeted on Tuesday. “Republicans can’t repeal the law so they’re trying to undermine it at every turn.”