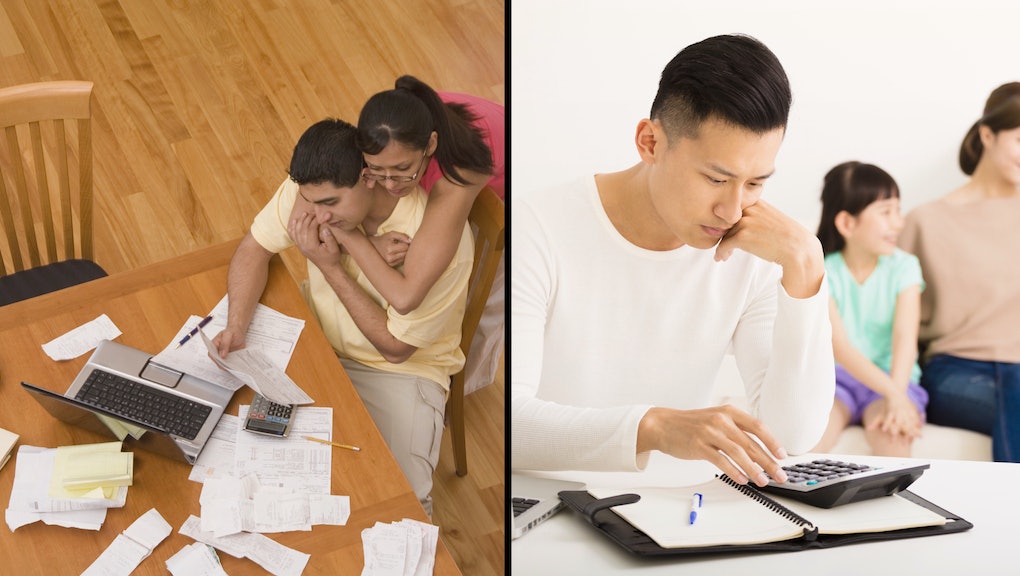 Consumer advocates aren’t exactly thrilled with a new banking and “consumer protection” bill that passed in the Senate on Wednesday night with bipartisan support. The bill — which would roll back parts of the Dodd-Frank Wall Street Reform and Consumer Protection Act — will now move the House of Representatives to be considered, though Politico reports it’s unclear whether or not the House will be willing to completely scrap the banking deregulatory bill of its own that it passed in 2017.

While there has been some concession that it should be easier for smaller community banks to grant loans, even from one of Dodd-Frank’s original authors, advocates worry the rollbacks go too far. One big fear? Destabilized financial systems that put investors and borrowers at risk: especially given today’s less aggressive Consumer Financial Protection Bureau, the consumer watchdog tasked with preventing misbehavior by the financial industry.

“Under different leadership, [the CFPB] hasn’t asked for additional funding, and has rolled back investigations into payday lending, so you’re going to see less enforcement,” said Katy Milani, a program director at the Roosevelt Institute. “Consumer protection is getting a one-two punch.”

Though the two bills differ pretty strongly, there’s been a common theme, said Scott Astrada, director of federal projects for Center for Responsible Lending: That would be less regulation — even for big banks that arguably don’t need it.

“On a thematic level, this is pretty much on the mantra of traditional, deregulatory ‘let’s use the magic of the market to fix everything,’” Astrada said. “This bill has been kind of hijacked by the stadium banks, the Wall Street... institutions, that are really packing in a lot of provisions that are not only harmful but a significant rollback of Dodd-Frank.”

Here’s what to know about the new proposals that could become law.

1. Which financial institutions will be affected?

One of the ways the bill has managed to avoid generating too much controversy is it leaves Dodd-Frank “mostly intact,” as Politico put it. It also allows the CFPB to retain its independent structure, Milani added, in an effort to alleviate fears of consumer advocates and win over Democrats.

Yet in a few key ways, the bill would relax restrictions on medium-sized and even large banks — removing the heightened scrutiny imposed by Dodd-Frank to limit risky borrowing and maintain liquidity through capital requirements.

Institutions like American Express, Barclays, Charles Schwab and others would see less regulation, and questions remain about which larger banks might also be included in the most final version of the rule. In fact, the Congressional Budget Office assumed a 50/50 chance that banking giants Citigroup and JP Morgan would end up qualifying for relaxed standards in its cost estimates. The two banks have a combined value of some $4.4 trillion.

The banks affected in the current language of the bill are smaller, between $50 billion and $250 billion in size. But as Americans for Financial Reforms’ Alexis Goldstein said, banks that are worth $249 billion are still big enough to help set off a financial crisis. “They’re large,” Goldstein said. “I would like to see someone tell me with a straight face that a bank worth $1 billion shy of a quarter trillion dollars is a community bank.”

Indeed, one of the banks that set off the 2008 financial crisis was a subprime lender called CountryWide Financial. Before it helped set off an industry downward spiral, it had about $210 billion on the books, according to Vox. Despite its role in helping to set off a systemic crisis, the new bill would make banks like CountryWide again exempt from certain reporting requirements.

2. How could borrowers be affected?

There are some concessions for consumers concerned about their credit. The bill would allow people to apply for unlimited credit freezes, a nod to the Equifax breach that affected more than 140 million consumers by leaking their personal information online. Another provision bans lenders from declaring a student borrower in default because of the bankruptcy or death of a co-signer.

Still, yet another amendment could actually hurt student loan borrowers, according to Alys Cohen, staff attorney at the National Consumer Law Center.

“The measure actually hurts student loan borrowers and protects abusive debt collectors,” Cohen said. “If someone is in default on their student loan, a company can come to them and promise them that their credit report will be improved ... if they restart payments on the loan. But the bill doesn’t require the company to fix the credit report, and doesn’t require those restarted payments to be affordable.”

The fear, Cohen said, is that borrowers whose loans are outside of the statute of limitations might be lured into making payments they don’t have. Of particular concern, the NCLC notes, are borrowers from for-profit schools who paid tens of thousands of dollars for fraudulent degrees.

Now, while the CFPB has been quiet lately — not pursuing new enforcement actions under its deregulatory leadership — it has also endured an uncertain future. It’s a good sign for consumer advocates, then, that the proposed rollback from the Senate leaves it intact, a case former Rep. Barney Frank (D-Mass.) made to Politico. The House version, on the other hand, weakens the CFPB’s powers to protect consumers against debt collectors.

3. How could investors and workers be affected?

The major risk to investors — and everyone, really — is that the new banking rules might increase the chances of another financial crisis. A big lesson from the Great Recession, Milani said, was that it takes just one troubled bank to send others on a downward spiral.

“We’ve seen banks exhibit a herd mentality,” she said. “They have similar assets on their books. So one falling — the odds of others having similar risk exposure are high. That’s a lesson learned from the crisis.”

The problem is it’s not only people investing in banking stocks that get burned when big banks make bad bets: the rest of the economy takes a hit as well. During the last financial crisis, what started out as problems among mortgage lenders eventually spread through the entire global financial system. Every industry was affected and unemployment shot up.

4. How could marginalized groups be affected?

Of particular concern to consumer advocates is one measure that would lead to fewer disclosures about mortgage lending data.

Since 1975, the Home Mortgage Disclosure Act has required banks to turn over some information about their loans to the government. The reason, among others, was that it would discourage lenders from engaging in racially discriminatory loan practices like redlining, where banks refuse to underwrite loans in minority neighborhoods.

Dodd-Frank expanded those disclosure standards for banks issuing a high volume of loans, and turned that data to the CFPB to make it publicly available. Advocates of the protections like Milani say these mortgage disclosures helped bring the prevalence of 21st century redlining to light. Indeed, a recent analysis published by Reveal from the Center for Investigative Reporting identified racial lending disparities in 61 metropolitan areas ranging from Philadelphia to San Antonio.

As it stands, the bill would relax the reporting requirements to include only banks with 500 mortgages or more, which would exclude 85% of banks, according to HuffPo.

“It’s really about racism in the mortgage market ... Black and Latino borrowers are being denied at rates that are three to five times as a high as white borrowers with similar profiles,” said Astrada. “It’s with these increased data fields that were not available pre-crisis that we’ve been able to shine a light on consumers not getting loans, or with African-American borrowers getting adjustable rate low-quality loans even when they qualify [for better ones].”

5. How could certain home-buyers be affected?

One problem? Buyers of manufactured homes often already face higher interest rates than buyers of traditional homes, according to a 2015 Seattle Times investigation. Cohen made the point that manufacturers themselves are often also the lender, and allowing them to make such recommendations opens consumers to predation.

“People who live in manufactured homes are some of the poorest homeowners in America, and their options for getting a loan are very limited,” she said. “This bill cuts the legs out from the requirements.”

To be sure, many of these provisions described above may be relaxed or eliminated entirely before the bill becomes law.

You can see a list of which Senators voted to advance the measure here.