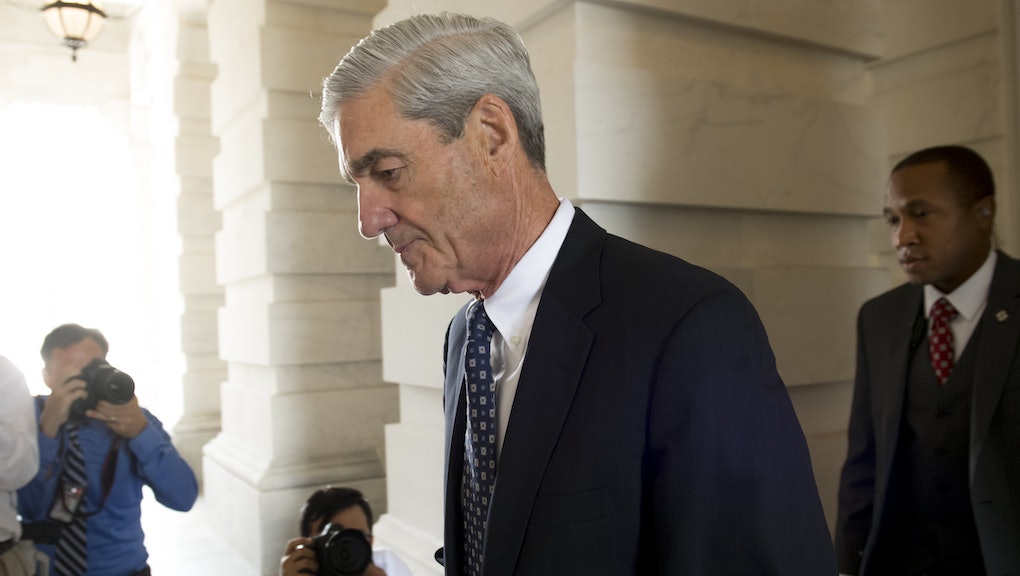 Special counsel Robert Mueller has found evidence that a Trump adviser’s meeting with an associate of Russian President Vladimir Putin in the Seychelles islands in early 2017 was part of an effort to establish a backchannel between the incoming president and the Kremlin.

According to the Washington Post, Erik Prince — an unofficial adviser to then-President-elect Donald Trump — did not have a “chance encounter” with Kirill Dmitriev in January 2017, as he had previously testified. On the contrary, according to the Post, the meeting between the Blackwater private military founder and the CEO of the Russian Direct Investment Fund was planned and part of discussions about “future relations” between the United States and Russia.

Held just before Trump’s inauguration, the secret meeting was first reported by the Washington Post in April 2017.

Prince, who is the brother of Education Secretary Betsy DeVos, denied the reporting at the time and provided what Democrats say is a misleading account of the meeting to lawmakers who had questioned him about it during a November 2017 hearing before the House Intelligence Committee.

“It is possible [his testimony] was not truthful,” Rep. Mike Quigley (D-Ill.) said to CNN. The committee is conducting one of the three congressional probes into Russia’s interference in the 2016 election.

George Nader was an adviser to the United Arab Emirates, which reportedly set up the clandestine meeting. Nader has ties to the Trump team, and is reportedly cooperating with Mueller and has testified about the Prince-Dmitriev meeting before a grand jury.

Nader was at the bar at the time the meeting took place, according to CNN — which Prince left out of his testimony to the House Intelligence Committee. It’s unclear if he took part in any of the conversation.

“During his Russia investigation interview, Mr. Prince was asked directly by me and Mr. Schiff who he met with while he was in the Seychelles,” Rep. Eric Swalwell (D-Calif.) told CNN. “He never gave the name George Nader. If he met with George Nader, he lied under oath.”

Jared Kushner — the president’s son-in-law and senior adviser — had also reportedly discussed the possibility of setting up a secret line of communication between Washington and Moscow in a December 2016 meeting at Trump Tower with adviser Michael Flynn and then-Russian ambassador Sergey Kislyak.

Flynn in 2017 pleaded guilty to lying to the FBI about his contacts with Russia and is cooperating in the Mueller probe.

Kushner is facing increasing scrutiny from the special counsel, and has lost his top-level security clearance. He omitted a number of foreign contacts, including with Russians, on his security clearance forms, and was operating on a temporary clearance for more than a year, reportedly as a result of the Mueller probe.

The latest on the Seychelles meeting comes as the Mueller probe into possible collusion between Trump and the Russians appears to be intensifying even further.

Mueller this year has also seemed to heavily scrutinize Trump’s actions in the White House as part of his probe into possible obstruction of justice on the part of the president.

On Wednesday, the New York Times reported that Trump has spoken to at least two witnesses in the investigation about their conversations with Mueller — and that the special counsel knows about it.

Then, in January, Trump demanded that White House counsel Don McGahn issue a statement rebuking a Times report that he had been asked by the president to fire Mueller the previous summer.

McGahn had declined to dismiss the special counsel and threatened to quit. According to the Times, Trump in January denied ever asking McGahn to fire Mueller and threatened to fire him if he didn’t issue a statement discounting the reports.

McGahn did not ultimately deny the Times reporting and still serves in the White House.

While the Times notes that Trump did not apparently do anything illegal in discussing the probe with Priebus and McGahn, it is legally inadvisable to do so.

According to a Politico report on March 1, Trump frequently disobeys the advice of his lawyers and discusses the Russia probe with reluctant staffers, including departing communications director Hope Hicks.