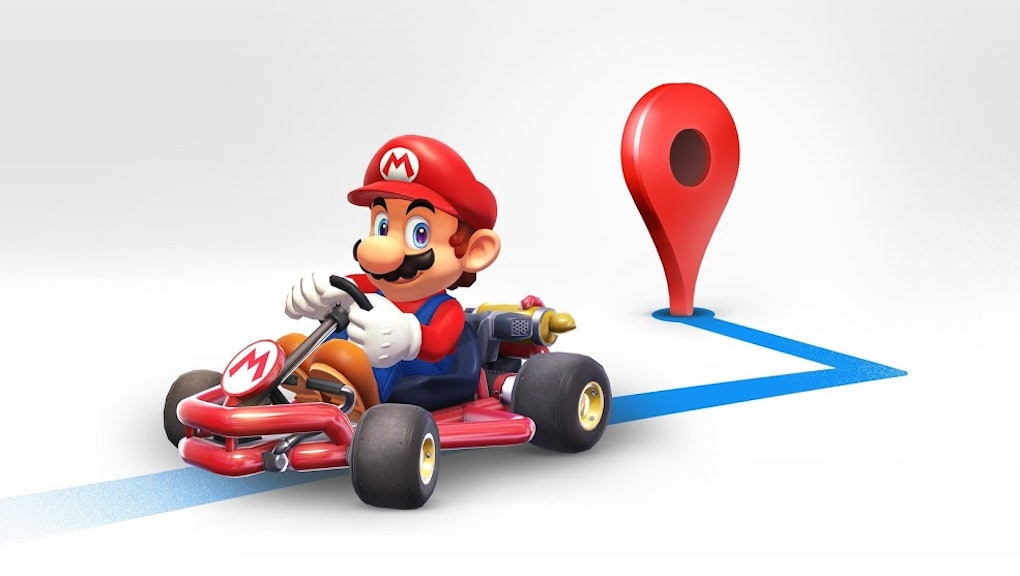 To celebrate this holiday, Nintendo has teamed up with Google to combine Google Maps and Mario Kart. The result: Mario himself will join you in his Super Circuit-era go kart to drive alongside you. Because why wouldn’t he?

Invoking the Mario-driven map is as simple as updating your Google Maps app for iOS or Android and navigating to your chosen location. Right before you begin your trip, you’ll see this screen:

When you begin navigation Mario will drive along with you. Google suggests that you avoid throwing bananas or red shells at other drivers on the road. We co-sign this advice.

This isn’t the first time Google Maps has tapped our Nintendo nostalgia. The search company added Pokémon to its Maps application in 2014 in time for April Fools’ Day. This came two years after their previous April fool prank, where they “announced” that they would release a physical NES cartridge version of Google Maps.

Nintendo will celebrate Mario Day by slashing the in-app purchases price of buyable content in Super Mario Run by 50%, lasting for two weeks.

The Google Maps-Mario Kart mashup will be available until March 17.