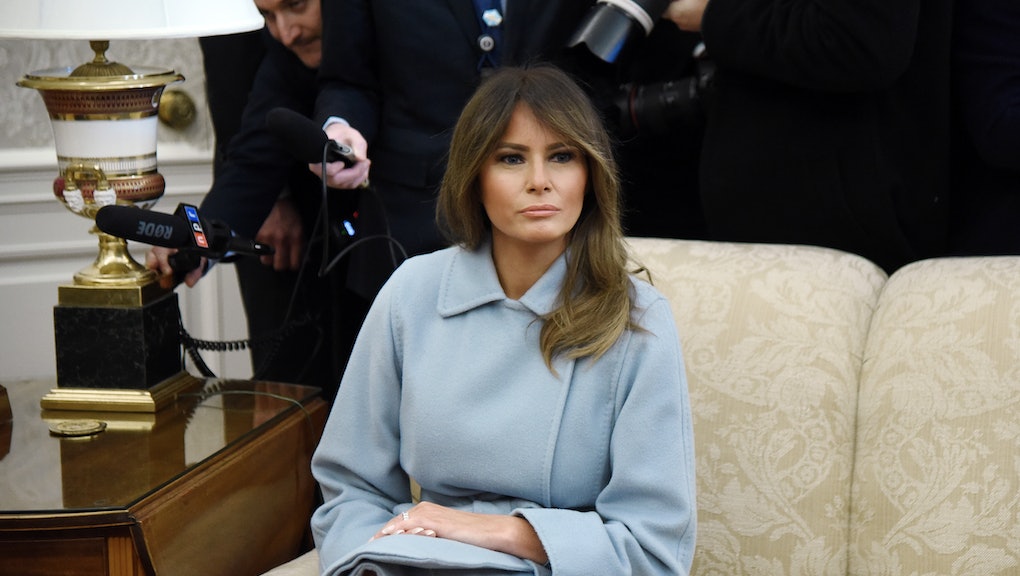 As the White House continues to deal with the Stormy Daniels controversy, Melania Trump has been busy keeping up appearances this week

She met with the Israeli prime minister and his wife at the White House, and even attended the notorious Gridiron dinner in Washington right alongside her husband, who made a joke about her leaving him at the event. We’re sure she loved that.

Saturday, March 3: All black for returning to the White House

After yet another stay at Mar-a-Lago, Trump arrived back in D.C. with her husband on Saturday, wearing a large black coat, slacks and bright red Louboutins, as per usual.

Later that night she attended the Gridiron dinner, which didn’t allow any press photography, so we don’t know exactly what Trump looked like. We do, however, know that she wore Michael Kors.

Squint and you’d think this was the same outfit she wore on Inauguration Day. On Monday, for a meeting with the Israeli prime minister and his wife Sara Netanyahu, Trump wore a light blue coat by Max Mara with matching blue, metallic Louboutin heels.