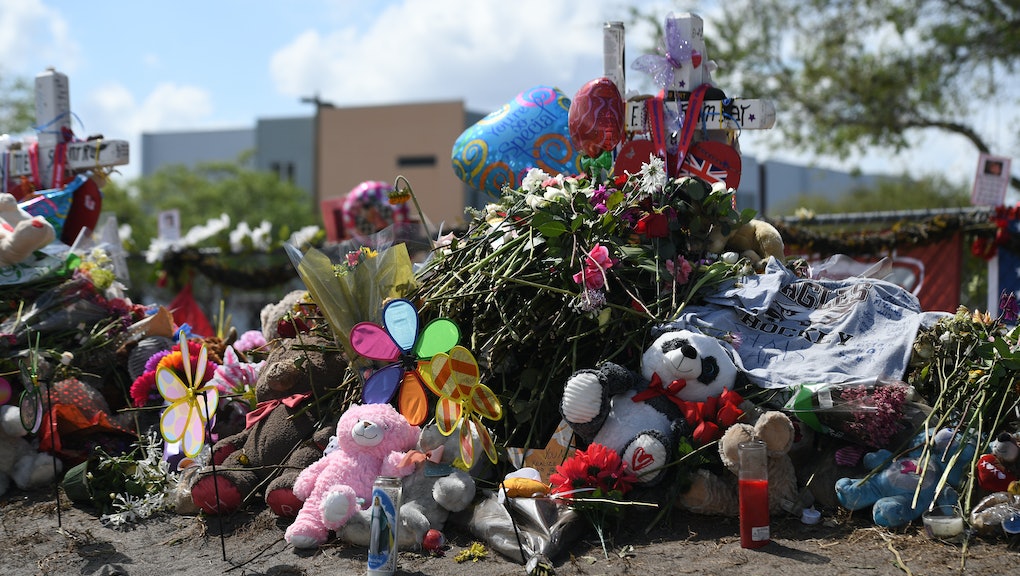 911 calls made during the Parkland shooting released

As Florida Governor Rick Scott debates whether or not to sign the gun safety bill that landed on his desk this week, Parkland authorities on Friday released audio footage from several of the 911 calls they received during the deadly Feb. 14 high school shooting that prompted the legislation.

On one of the recordings, the mother of a 17-year-old girl can be heard telling police dispatchers that her daughter is trapped in a classroom as the shooter roams the school’s hallways.

“Three shot in her room,” the woman says, according to the Associated Press. “Oh my God. Oh my God.”

A recording of another woman, who had her daughter on speaker phone during the ordeal, has her attempting to give advice as the shooter loomed.

The shooting left 17 students and faculty members dead and has now brought about a wave of survivor-led activism, with the teenage students of Marjory Stoneman Douglas High School becoming some of the most recognizable faces of gun control advocacy in the country.

Although Scott is expected to sign the legislation known as the Marjory Stoneman Douglas High School Public Safety Act, the bill has left something to be desired for advocates on both sides of the aisle. Gun advocates and the NRA are saying the bill goes too far, and proponents of gun control are frustrated that the legislation stops short of banning assault weapons outright.

The families of those lost in the Parkland shooting are pressing the governor to sign the legislation, arguing that it’s a good first step towards ensuring that students will one day be able to attend school without the fear that it might become the site of a massacre.

“We know that when it comes to preventing future acts of school violence, today’s vote is just the beginning of our journey,” families of the victims wrote in a letter to Scott. “We applaud the members of the Florida Legislature that courageously voted against their own political self-interest to do the right thing for the safety of our schools. This Time Must Be Different!”

Andrew Pollack, whose daughter Meadow was killed in the Parkland shooting, said that the bill would help give peace of mind to grieving parents like himself, who want to do more to ensure that the tragedy won’t be repeated.

“My precious daughter Meadow’s life was taken, and there’s nothing I can do to change that,” he said. “But make no mistake: I’m a father, and I’m on a mission. I’m on a mission to make sure I’m the last dad to ever read a statement of this kind.”

On Friday, Scott — who has a top ranking from the NRA for his support of gun rights measures — said that he plans to hold court with some of the family members who lost loved ones. He emphasized that he wants to “take the time and... read the bill” before making his final decision on its passage.