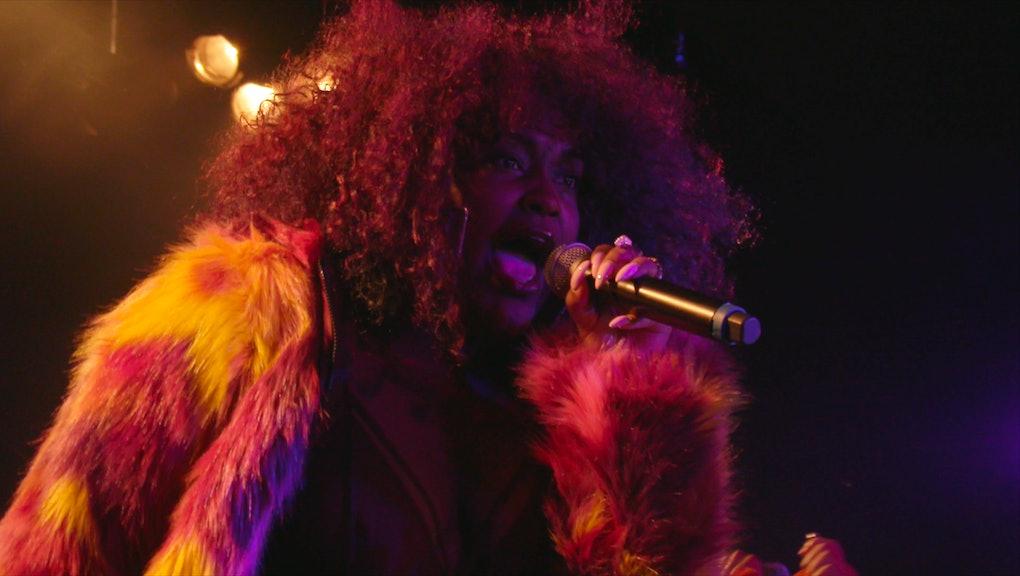 At 20 years old, rapper Elizabeth Eden Harris — aka CupcakKe, aka Marilyn MonHOE — is a self-made phenom with a come-up so juiced, it’s no wonder her mouth gets so wet. (Those are her words.)

Born in Chicago and raised by a single mother, CupcakKe honed her talents at church, writing and performing poetry before her congregation. One day, she said, “This guy was like, ‘You know, I think you should transition into rap, because you’ll make money that way.’ And I did it immediately ... and I never turned back to performing poetry.”

Did she have a moment early on where someone affirmed her talents? “I get that a lot,” she said. “Not to be cocky, but … everyone be like, ‘You’re really good at rapping.’”

CupcakKe aims to create music for the marginalized. “It’s for the young generation, it’s for people … getting bullied, it’s for young girls … dealing with rape, it’s for the LGBT community, it’s for anyone you can name. It’s for everyone.”

CupcakKe is heralded as body positive and sex positive, but the rapper pushes back on those labels. She sees her love of sex and her body as natural — “It’s just in me” — and not some sort of transgressive or empowering statement. “I feel sexy at every moment. Even now, when I’m all covered up, I still feel like I’m beautiful as fuck,” she said.

“I never heard the word ‘fat’ until I started putting out videos and shit,” she said. “Everyone [in the YouTube comments] be like, ‘Oh, this fat whore, she fat like this, she fat like that.’ So seeing it for the first time was like, ‘wow,’ but [then] I was just like, ‘hey, fuck you.’ I’m still going to eat Burger King, McDonald’s, tacos and everything else, so, fuck you. Ain’t shit gonna change.”

She tries to bring that DGAF attitude into her dating life as well. After one guy told her she’d be more famous and prettier if she were skinnier, she said, “I was like, ‘What the fuck?’ So of course he got kicked the fuck out.”

According to her, society has got to stop idolizing these size-0s and 1s, and instead look inward. “I came across this girl, she’s a size 4, and she was like, ‘I’m fat.’ And I’m just like, ‘Nooo, you’re motherfucking beautiful.’ People just have to be comfortable within themselves.”

CupcakKe is acutely aware of the challenges presented to female rappers who try to conquer a predominantly male space. “When a female say, ‘Hey, I’m a rapper,’ [others] be like, ‘Oh, female rapper.’ … You gotta prove, ‘Motherfucka, I can rap better than you.’ … It’s a lot of ways women have to work harder than a male.”

But hard work comes easy for the rapper, who is currently playing sold-out houses on the U.S. and European legs of her Ephorize tour. “I just wanna stay giving a positive message out, stay informing people on how to suck the penis the correct way, because a lot of people don’t do it right. There’s a right and wrong way to everything. So I’m just telling them the right way to do it, and I just want to continue being the great person that I am, and whatever greatness coming in, I wanna share my blessings, and that’s mainly it.”