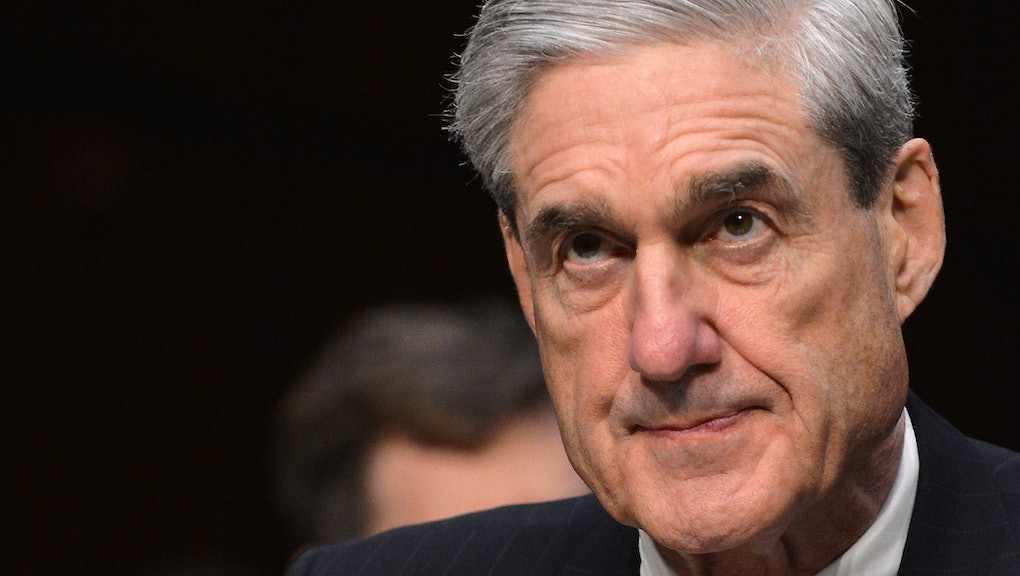 Robert Mueller has subpoenaed President Donald Trump’s family business for documents related to Russia, according to the New York Times.

The special counsel recently demanded documents from the Trump Organization as part of the ongoing FBI investigation into the Kremlin’s election interference, as well as possible collusion and obstruction of justice on the part of the president and his 2016 campaign.

It wasn’t clear Thursday what information Mueller was seeking with the subpoena, according to the Times.

The report doesn’t come as much of a shock.

Trump’s business ties to Russia — and those of his associates — have long been a subject of scrutiny in the Russia probe, and in recent weeks the special counsel’s team has reportedly been questioning witnesses about the president’s pre-campaign business activities in the country.

The Times report seems to confirm that Mueller’s investigation is getting closer to Trump himself. The president has been harshly critical of the special counsel’s probe, frequently characterizing it as a “witch hunt.”

In a July 2017 interview with the Times, he suggested that he would consider it a red line if Mueller were to probe his or his family’s finances.

“I think that’s a violation,” Trump said. “Look, this is about Russia. So I think if he wants to go, my finances are extremely good, my company is an unbelievably successful company.”

When asked by the Times’ Maggie Haberman if he’d fire Mueller for probing his finances or company, Trump replied, “I can’t answer that question because I don’t think it’s going to happen.”

Mueller — whom Trump reportedly tried to fire in 2017 — has been the subject of attacks from the president and his allies for months. But deputy attorney general Rod Rosenstein, who oversees the Russia investigation, has repeatedly defended the special counsel.

“The special counsel is not an unguided missile,” Rosenstein told USA Today in an interview Monday. “I don’t believe there is any justification at this point for terminating the special counsel.”

Mueller was appointed special counsel not just to probe collusion between the Kremlin and the Trump campaign, but “any matters that arose or may arise directly from the investigation.”

Manafort, Trump’s former campaign chairman, has pleaded not guilty to charges in a superseding indictment filed by Mueller late last month, including a count of conspiracy against the United States.

Gates, Manafort’s deputy and longtime associate, pleaded guilty to charges of conspiracy against the U.S. and making a false statement to the FBI in February and has been cooperating with the special counsel’s team.

Kushner, the president’s son-in-law and senior adviser, was stripped of his top-level security clearance and is facing an uncertain future in the White House.

Mueller has been examining the president’s business since at least July 2017, when it was reported that he had been interested in Trump’s real estate dealings with Russians and the Miss Universe pageant Trump held in Moscow in 2013.