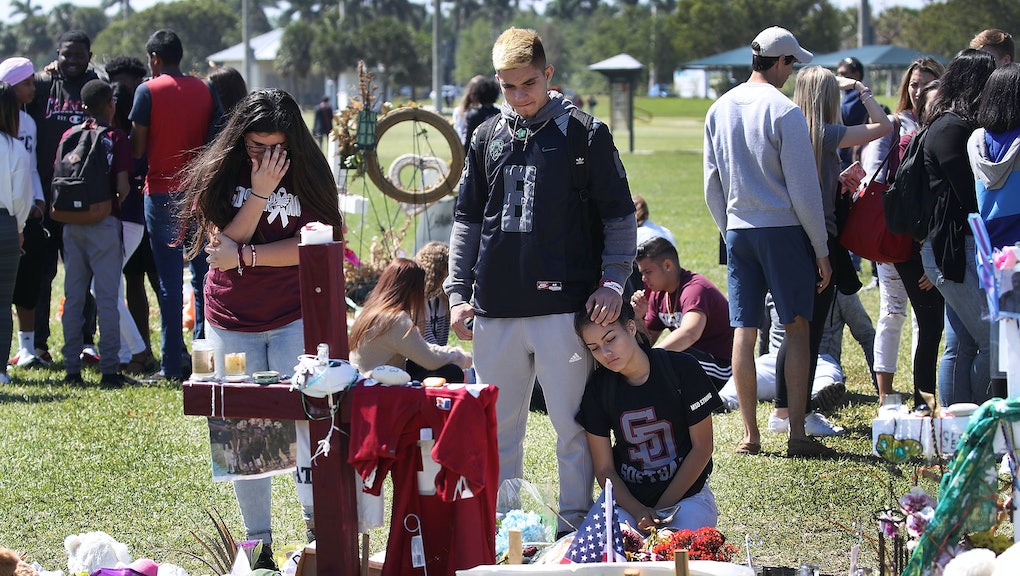 On paper, Lewis Mizen and Nathan Breaux have little in common. Mizen is a survivor of the Parkland school shooting and a senior at Marjory Stoneman Douglas High School. Breaux is a member of the National Rifle Association.

So when Mizen and Breaux decided to meet in a Parkland cafe to have a conversation about school safety and gun control, the nervous tension was palpable.

But where Breaux sees a slippery slope, Mizen sees a need for good, healthy compromise — like the ones he learned about in his U.S. history class.

“One of the things they talk about is the Virginia plan and the New Jersey plan, which is how they would create the original American Congress,” Mizen said. “And Virginia wanted all the power to go to population because they were a big state. New Jersey wanted everyone to be equal. And in the end they found compromise. They created a bicameral legislature. One based on population, and one based on equal representation.”

Since the Parkland shooting on Feb. 14, Mizen and his classmates have been on the frontlines of the national conversation on gun control, calling out both politicians and the NRA for inaction around gun regulation. But in an exclusive video op-ed for Mic, the Parkland survivor actually had the chance to sit down and have a dialogue.

When they actually had the chance to speak to each other, one-on-one, in civil conversation, something surprising happened. Watch it above.