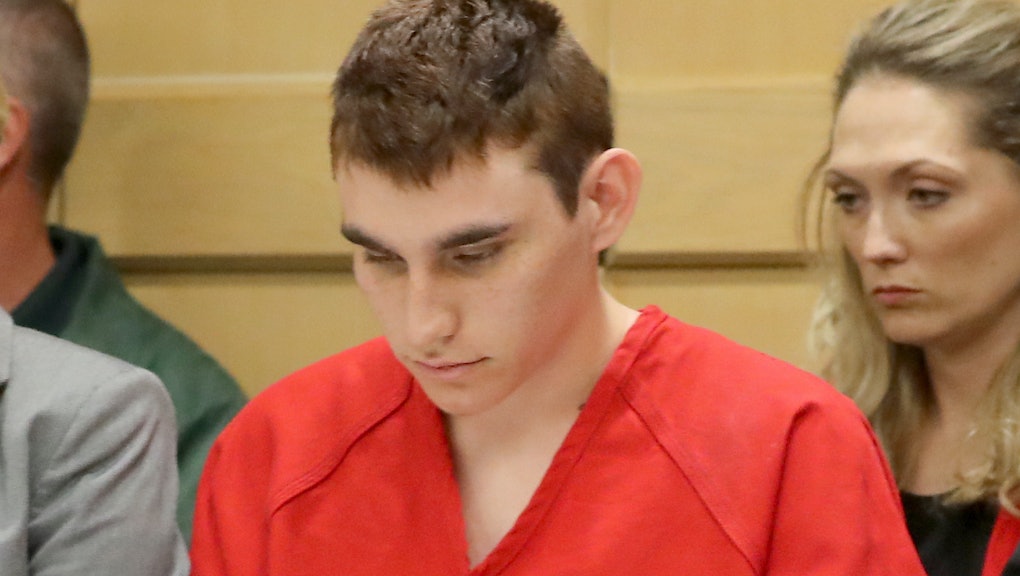 America has a problem with its young men.

Boys have more than double the rates of attention deficit hyperactivity disorder than girls, according to the Centers for Disease Control and Prevention. Their suicide rates are also higher — between the ages of 15 and 19, boys die by suicide at triple that of girls, according to the CDC. By age 24, that rate climbs six times higher. These deaths usually involve guns. And a report from the U.S. Department of Education indicates that boys lag behind girls academically at each grade level and have higher rates of suspension.

As evidenced by February’s high school shooting in Parkland, Florida, which left 17 students and faculty members dead, some of these boys are deadly. Since the 2012 mass shooting at Sandy Hook Elementary School in Newtown, Connecticut, dozens of people have been killed in hundreds of mass shootings, according to the nonprofit Gun Violence Archive. In nearly all of these instances, the shooters were male.

This has all brought about what has become an enduring question of the past two decades: Why are young men the common denominator in mass shootings?

Social scientists cite numerous factors for this phenomenon: a culture of disrespect, high divorce rates, fatherless boys, cultural pressures to be masculine, bullying or the social isolation that comes with spending too much time online. Increasingly since the Newtown massacre, and vocally since Parkland shootings, the victims’ parents and classmates are blaming the availability of guns.

Dr. Leonard Sax, a leading family physician and psychologist and author of Boys Adrift, argues that boys are “less resilient and less ambitious” than they were two decades ago. In an interview, Sax said that changes in parenting and education, as well as role models who celebrate violence in modern music and films have created a “culture of disrespect.”

“Fifty years ago, being a man meant being courteous, respectful, productive, knowledgeable, caring, kind and resourceful,” he said. “[Now] being disrespectful is cool.”

While mental health issues and the lack of mental health services in the U.S. are often cited in the aftermath of a mass shooting, studies by forensic psychiatrist Michael Stone from Columbia University found half of the shooters had no signs of psychosis that could have been treated.

School shooters do share a host of characteristics: social isolation, a history of blame, frustration, failure in school and relationships and “ugly posts on Facebook about hurting people,” according to James Fox, professor of criminology at Northeastern University and coauthor of Violence and Security on Campus, which examines crime in schools and concludes some of the most extreme reactions to violent incidents are in fact overreactions.

However, even if scientists could find a single common thread, they can’t use this to predict reliably who will kill, said Fox. “Countless Americans may be angry and fantasize about hurting people, but they never turn that angst into action,” he added.

One of the first psychologists to write about boys was Michael Thompson, who described the “culture of cruelty” in the 1999 book he coauthored with Dan Kindlon, Raising Cain. It was published just six days before the rampage at Columbine High School in Littleton, Colorado, and as a result, became a bestseller.

Since then, violent crime overall in the United States is at an all-time low, according to the Pew Research Center. But school shootings have been “symbolically important,” Thompson said in an interview. “It’s a message from our most troubled young men to society: ‘You are missing us. You are not seeing us. You are not taking care of us.’”

For these boys, mass shootings have become a “weird, disturbed ritual,” which has become contagious, Thompson said. “Mental illness is not contagious, but its symptoms are. … You have a kid who feels alone and depressed and can get his hands on a gun. Then he sees other shooters who have gone out in a blaze,” he added.

A parent’s death or divorce also appears to be a commonality among some of the lone shooters — Adam Lanza (Newtown, 2012), Elliot Rodgers (Santa Barbara, 2014) and Nikolas Cruz (Parkland 2018). Research indicates boys appear to be more at risk than girls when their parents divorce, particularly when it comes to higher suicide rates.

“It’s one brick or thread that could set a child up to have more a vulnerability if someone doesn’t step in and raise a child, teaching them to respect the rights of others and that actions have consequences,” said Richard Warshak, a clinical psychologist at the University of Texas Southwestern Medical Center, and author of Divorce Poison, which explores acrimonious divorce and the psychological effects on children of parental bad-mouthing.

In a 2014 report that Warshak wrote for the American Psychological Association’s journal, Psychology, Public Policy, and Law, he cites “deterioration” of the father-child relationship after divorce. Also, most children from preschool to college are “dissatisfied, some even distressed” with the lack of time they have with their fathers when their parents split up.

“Children are often relocated,” he said. “They have to give up family and friends, coaches and place of religious worship,” he said. “Divorce sets in motion a set of changes that put kids at risk for problems in behavior.”

Divorce is not “inherently bad” for every child, he says. But there are risks, especially if it changes the family’s financial situation or parents “bad-mouth” each other.

Several studies over three decades show that divorce — especially an acrimonious one — can increase a child’s risk for developing depression, anxiety and engaging in criminal acts.

Such may have been the case with Adam Lanza, whose parents divorced in 2009 and his father moved an hour away from their home in Newtown, Connecticut. In 2012, at the age of 20, he killed his mother and 26 others at Sandy Hook Elementary School in Newtown. He then killed himself.

In a 2014 interview with the New Yorker, Peter Lanza said he worked “ridiculous hours” and left the parenting of his son Adam to his wife. As Adam Lanza grew more angry and antisocial, his mother asked his father not to visit his son.

Elliot O. Rodger, 22, killed six people near the University of California in Santa Barbara in May 2014 before killing himself. In 1999, he was diagnosed with psychological problems, just as his parents were getting a divorce. The withdrawn and socially awkward child was bullied and bounced around schools. In 2001, his father spent two and half years traveling the globe, shooting a failed documentary.

Perhaps Nikolas Cruz, the 19-year-old who killed 17 at Stoneman Douglas High School on Feb. 14, saw the most disruption in his family. The boy had been adopted by older parents and had a close relationship with his father, according to the Sun Sentinel. But at age 5, he witnessed his dad’s death from a heart attack. Teachers told the Tampa Bay Times that his problems began in middle school with outbursts, threats and drawings of “stick figures with guns.”

Cruz was diagnosed with various emotional disorders, and in November 2017, his mother died of pneumonia. Cruz was then bounced around to live with former neighbors.

“Our daughters are not killing. Our sons are.”

Educator Warren Farrell, who coauthored the new book, The Boy Crisis, suggests another common thread in all four lone shooters: They were “fatherless.” His theory is that boys need their biological father “consistently involved” in their lives growing up. Without him, he says, boys lack boundaries, impulse control and do not know how to distinguish between assertion and aggression.

Farrell argues that boys without a reliable and loving father are at risk for developing mental health problems and higher rates of self-harm. Of course, not all fatherless boys grow up to be school shooters, but having no father has “the most ripple effect,” he said in an interview with Mic. Boys without a dad are more likely to be involved in crime, to search for “structure and respect” in gangs and to be recruited by terrorist organizations, he said.

Society expects boys to be “heroic” and to disconnect from their feelings when they are in pain, which can lead to what some call “toxic masculinity,” Farrell argues. He cites numerous other causes of the crisis among boys, including lack of purpose, not enough recess time, lack of vocational education and environmental influences. When parents divorce, he says, custody should be 50-50. Parents should live no more than 20 minutes from each other, and there should be no bad-mouthing. Parents should also undergo “consistent, not emergency-based” counseling.

A rise in the number of single mothers has also contributed to the absence of fathers in children’s lives, said Farrell. According to the nonprofit Child Trends, which analyzed 2009 government data, 53 percent of women under 30 who had children are not married.

Of course, there are plenty of single moms and same-sex or nonbinary parents who have done a stellar job of raising well-adjusted boys and girls. Studies from The Williams Institute at University of California, Columbia University and San Diego State University reveal that the children of same-sex unions are as emotionally healthy as those in conventional marriages.

Farrell, who is the only male ever to be elected to three terms to the National Organization for Women, says he is not against a woman’s right to divorce or to raise a child. But single parents should be aware of the risks.

“Single moms can be credited with, for the most part, [providing] a huge amount of love and devotion, even as most also juggle work,” he said. “Let’s take the responsibility of raising children off the backs of moms alone, and get dads to help equally; that is, return it to the responsibility of both parents. what we now know is that dad’s time is far more important than dad’s dime, so to speak.”

Stephanie Coontz, research and education director for the nonpartisan Council on Contemporary Families at University of Texas at Austin, says there is a “kernel of truth,” in Farrell’s work, but that “he exaggerates the dangers of single-parent families. That’s not fair to the single moms or to the social fathers who in fact produce many, many success stories.”

Single mothers tend to live in poverty-stricken communities with few support services outside the family, Coontz said in an interview. “So it’s hard to disentangle which problems are caused by single-parent families and which result from the poverty and stress that make it hard to sustain stable families.”

But Coontz does agree that boys have been left behind, while girls have benefited from the movement toward equality. Boys are still “punished” for not acting in ways that are traditionally masculine. And, perhaps because of biology, they seem “more vulnerable to instability” than girls, she said. That’s made worse when they are socialized to respond to fear and insecurity with aggression.

“They can go off the rails two ways: by being too masculine and pushing people over, or by not being ’manly” enough,” she said. “Many school shooters go off the rails when they can’t be part of the other guys — when they are shamed, bullied or plain excluded for being too soft or too weak or just not self-confident enough.

“When women are upset with a family or social situation, we turn it inward,” she added. “When boys are upset, they often turn it outward and say it’s someone else’s fault, and they need to get revenge.”