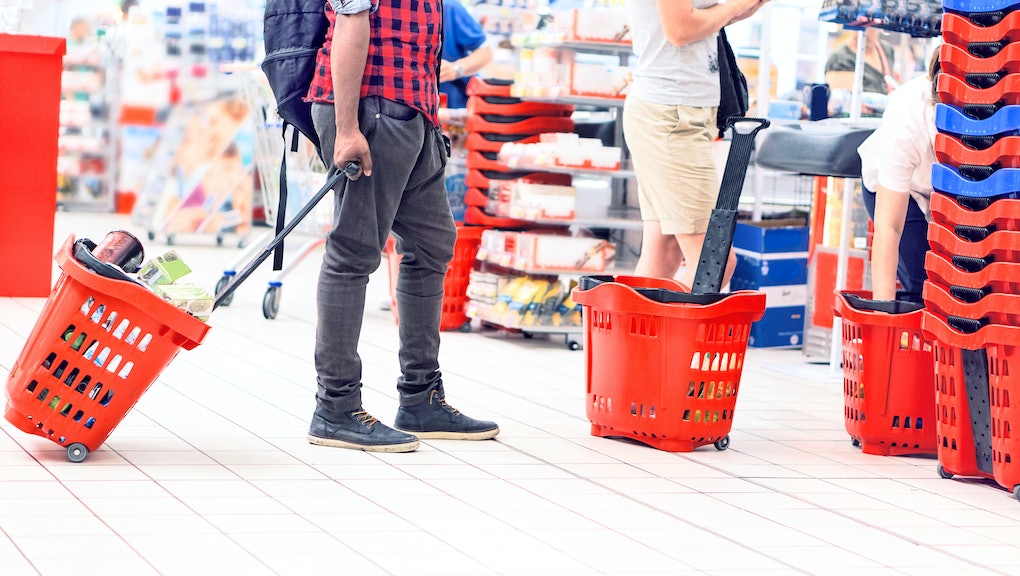 It might sound strange, but rising prices aren’t always bad. If you owe someone money, for example, inflation can be your friend — since you get to repay your debt with less valuable dollars than the ones you borrowed. Then again, if prices rise faster than wages, your money buys you a lower quality of life, particularly in terms of housing, health care and education.

Alas, when you adjust for inflation, people in the United States make only about 10% more than they did in 1973, according to data from the Brookings Institution, despite rising costs of living in several key categories. Those include the inflation-adjusted price of a home, which grew about 83% between 1970 and 2000, according to the Census Bureau, as well as the cost of higher education: Between 1987 and 2017, the inflation-adjusted cost of attending a public four-year college more than tripled, according to the College Board.

But the real standout among rising costs is health care: Between 1960 and 2016, annual U.S. health costs grew about eightfold, accounting for inflation.

Why is this happening? There are a number of factors keeping salaries down, Brookings found, including women entering the workforce, automation, globalization and a stagnant minimum wage. Pay simply has not kept up with the costs of everything from real estate to college degrees to doctor visits.

If you are wondering how we got to this point, and what you can do to make your own life more affordable, look no further. Here are five ways you can make the most of what you have — and live better for less.

A review from ValuePenguin estimates that housing takes up about 16% of the typical annual household’s budget — though other estimates suggest housing eats up as much as 37% of take-home pay or more. Why is finding an affordable place to live so difficult?

For one, after the mortgage crisis, the government realized lenders had not been doing enough due diligence on borrowers, which had led to a bubble of toxic mortgage debt. Regulators therefore raised lending standards, which has since helped make the system less risky — but also has made it more difficult to buy a starter home. Builders have also started focusing more on high-end homes where the profit margins are fatter, which has widened the cost gap between affordable places and unaffordable regions to record levels.

Meanwhile, because of a tight rental market that lasted almost a decade, according to data from the the Joint Center for Housing Studies at Harvard University, roughly 21 million American households are rent-burdened, meaning they spend at least a third of their income on rent.

Today, the average household spends nearly $19,000 annually on housing, according to the consumer expenditure survey at the Bureau of Labor Statistics. But different places obviously come with different costs — and moving from an expensive city to a cheaper one can make a huge difference.

One problem: At least in some cases, “cheaper cities also tend to be less liveable” and the cost of housing in many livable cities has soared far higher than in others, as the Economist Intelligence Unit recently put it. A separate study by GoBankingRates from December 2017 found that costs of living grew most in several livable spots — more than 15% over the year in both Nashville, Tennessee, and St. Paul, Minnesota, for example.

In other words, assuming you have job mobility, you might consider relocating to a place where residents strike a good balance between high wages, low housing costs, and a strong quality of life — for example, Midwestern cities like Grand Rapids, Michigan; Columbus, Ohio; Kansas City, Missouri; the research triangle in North Carolina or Salt Lake City.

If you really want to zoom in on the places with the very best cost of living around the country, consider some of the other cities that combine a high median salaries with low housing, food and transportation costs — for example, Tampa, Florida, or Omaha, Nebraska, as GoBankingRates suggests.

2. Pay less for housing where you are

Even if you need to live in a specific town or city for work, there are smart moves you can make to cut costs.

You can, for example, often save money by considering a wide range of neighborhoods — or even moving out to the suburbs, which can save you thousands annually on housing, property taxes and childcare costs. In New York City, the annual savings from moving to the suburbs has been estimated to be more than $71,000, savings that could climb even higher with a remote job that doesn’t require you to commute every day.

For renters, saving money on housing requires a combination of researching your local market, timing your move (colder months tend to be better) and being prepared to negotiate with your landlord.

On the other hand, if you are trying to buy a home, it can help to whip your credit into shape before locking in a mortgage, save as much as you can toward your down payment, secure pre-approval on your loan and consider enlisting the help of a good realtor, particularly if you’re not as familiar with the quality of inventory in the neighborhood.

Lastly, remember that homeownership is likely more expensive than you think it’s going to be — so there’s nothing wrong with remaining a renter until you’re ready to settle down, and have saved enough for a large down payment.

And if all else fails, you can always find yourself a neat roommate (or two). Just do your due diligence first.

Americans spend less annually on clothing, education and entertainment than health care, according to ValuePenguin. Why are medical costs so troublesome in the U.S. — where health care is roughly twice as expensive as it is in other industrialized economies?

On one hand, the notion that expensive (and profitable) health care encourages innovation may have some truth to it, according to a review of the literature by the New York Times’ Austin Frakt and Aaron Carroll. Then again, uncertainty in the insurance marketplace, as well as consolidation among drug manufacturers, hospitals and even drug stores are helping to push costs to levels that many people cannot afford.

For you personally, the best ways to keep your health care costs down might be buying insurance when you are healthy, asking for the free preventative care you are legally entitled to, doing research so you can stick to in-network doctors and hospitals and favoring generic drugs — which can be as much as 85% cheaper than brand names. And, assuming it’s not a life-or-death situation, you might avoid the emergency room in favor of more cost-effective urgent care clinics, which are just a little more than one-tenth of the cost of an ER visit.

You can also save some money by using a health savings account or a flexible spending account, which will allow you to put away some money for medical expenses tax free, possibly even with a match from your employer, though there are a few eligibility requirements.

Finally, few consumers — about 3%, according to Consumer Reports — actually comparison shop their health care by using “rate comparison” tools and estimating next year’s medical costs. Particularly if you qualify for some subsidies, some plans may cover far more of your costs than others for less money.

Though college has gotten far more expensive, it also pays off more than it used to: The so-called “earnings premium” of attending college was about $1.4 million in 2013, according to the Chronicle of Higher Education, a figure that’s likely to continue climbing for the next several decades.

The best way to cut down on education costs are to minimize your debt and try to put your educational dollars toward acquiring valuable skills, not just doing whatever it takes to attend your “dream school.” Focusing on a college or program’s “debt to income” ratio can give you a better idea of whether a degree is actually likely to pay off in the long run.

Some schools like Berea don’t charge tuition at all if you can meet certain income requirements, and schools like College of the Ozarks also waive most expenses for students through its work-study program.

If you’ve already graduated and are dealing with student loans, you can try to cut costs by refinancing them with a new lender (though this process does have drawbacks), consolidating your loans, or simply taking a second look at whether you can speed up your repayment plan — and thus pay less in interest. If you’re worried about falling behind, consider applying for deferment or forbearance, which will give you temporary reprieve from making payments.

Now, one of the toughest situations you might find yourself in is still being on the hook for your student loans when you become a parent, with all the attendant costs — including child care and saving for your own kids’ college.

While the cost of child care might not be soaring as fast as previously thought, according to one researcher at Arizona State University, it’s still high: The average cost of care was about $142 weekly in 2010, according to data from the Census Bureau, more than $7,000 annually, a figure which doesn’t include expenses like private school or higher education. That’s part of the reason why the cost of raising a kid has climbed to between $20,000 and $50,000 annually, according to an analysis from NerdWallet.

To save on child care, which is by far one of the most difficult parts of affording kids, consider a nanny-share with nearby parents, affordable daycare or any child care benefits offered by your employer. And to learn more about saving for your child’s education, check out the Payoff’s guide to 529 plans.

An obvious way to make affording life easier is to get a pay bump. To do so, you might try a few outside-the-box moves, like making friends with your office enemy, knowing the market value for your skills and brushing up that resume and cover letter — so that you can seek out a better offer if your current employer isn’t amenable.

Then again, if you’re already earning a decent sum and are still living paycheck to paycheck, you might need to ask yourself if you are spending your money as wisely as you could.

Sure, nobody wants to go through each day feeling deprived — and you might dread the thought of losing your weekly SoulCycle session. But you also might be surprised to discover that a few budgeting tricks, re-prioritizations, and shopping hacks (whether online or IRL) might actually help you eliminate wasteful spending, while still affording what you need to live a happy life.

Carrying cash, for example, has been shown to be effective at cutting down on impulse purchases, which don’t feel as much like a splurge when you pay by credit card. And actually tracking your spending and bills in a budget can help you find more painless ways to trim down your living costs. If you really have trouble finding ways to save, you can also get an app like Digit or Qapital that will do it for you (though there may be a fee).

To read more about how you can make your money go further, you can check out our guides here and here.