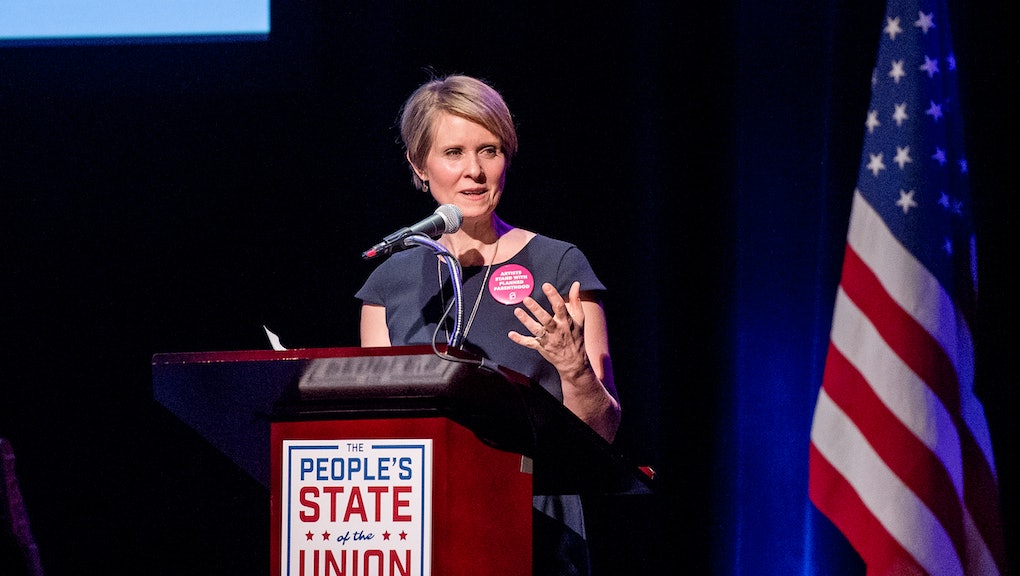 Cynthia Nixon is officially running for governor in New York

Actress Cynthia Nixon, perhaps most famous for her role as Miranda Hobbes on HBO’s Sex and the City, has announced her candidacy for governor of New York.

Nixon made the announcement Monday afternoon in a video shared on her Twitter account. In the two-minute video, Nixon notes she’s a lifelong New Yorker and declares she’s a “proud public school graduate and a prouder public school mom.”

“I was given chances I just don’t see for most of New York’s kids today,” Nixon says in the video. “Our leaders are letting us down. I love New York ... but something has to change.”

Nixon also references ending mass incarceration and “fixing our broken subway,” a nod to an issue that has dogged current New York Gov. Andrew Cuomo, who declared in June that the subway system was in a “state of emergency” after a series of high-profile malfunctions. Nixon’s announcement Monday ends speculation that the actress-turned-activist would enter the governor’s race. Earlier in March, Politico reported she was considering a run to challenge Cuomo, and had been for months.

Nixon is, as Politico reported, a long-time Cuomo critic and an “ally” of New York City Mayor Bill de Blasio. Nixon’s wife, Christine Marinoni, worked for the city as a special adviser for community partnerships in the city’s Department of Education until her recent resignation earlier this month, the New York Post reported, a move that was apparently in preparation for her wife’s campaign announcement. The Democratic primary will be held in September.

Nixon is a much-lauded actress who’s won multiple Emmys, a Grammy and two Tonys for her work on stage and on-screen. In recent years she has turned to activism for progressive causes. In January, she spoke at the People’s State of the Union in New York City, an event held the night before President Donald Trump’s State of the Union address and which featured speeches by a number of celebrities who’ve been vocal critics of Trump.

“They may think that our belief in true participatory democracy is waning, that we are complacent, that we are distracted, that we are just too beaten down from this horror show year we’ve had and the sickening prospect of three more like it,” Nixon told the crowd at the event, according to the Hill. “But we are here to prove them wrong.”