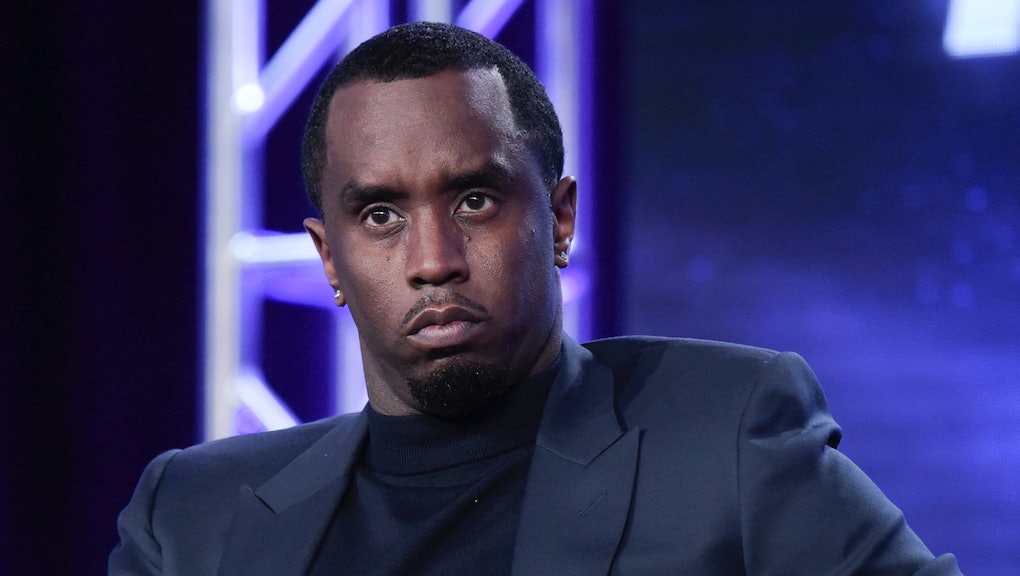 Diddy is launching an app to help users find black businesses. Why isn’t there a go-to one already?

The mandate to support black businesses dates back to the free black communities of the early 19th century, if not earlier. It has been reborn several times among black consumers and business owners in subsequent years, especially as wealth gaps persist between white and black Americans.

In a GQ profile published Monday, the rap artist and businessman formerly known as Diddy — who also goes by Brother Love — announced that he and Jay-Z sought to accelerate this movement by developing an app to help users locate black-owned, or “black-friendly,” establishments.

“The application will make it possible for us to have an economic community,” Diddy told GQ. “It’s about blacks gaining economic power. At some point there has to be some kind of fight. I feel like we’ve done a lot of marching. It’s time to start charging.”

However, it is true that there seems to be no definitive, widely used app for locating these businesses — at least none that the average interested consumer can name off the top of their head. Official Black Wall Street has had 90,000 downloads, founder Mandy Bowman said. Tuloko has 70,000 users across its website and app, according to Sean Armstrong, the app’s founder.

This relative obscurity begs two questions: What’s stopping the already existing platforms from reaching a level of mass adoption? And are black celebrity businessmen, like Diddy and Jay-Z, needed to make it happen?

“I think it’s amazing,” Bowman said of Diddy and Jay-Z’s interest in the potential project. “But I think it should open up the conversation about black celebrities and [venture capitalists] investing in smaller start-ups and black businesses as well.”

A common thread emerged among the entrepreneurs Mic interviewed for this article. Most said that Diddy and Jay-Z should foster “economic community” by supporting the platforms that already exist rather than simply launching their own.

“We already poured $200,000 into [Tuloko],” said Armstrong. “I know that’s like a drop in the bucket to Diddy, but we also put a lot of sweat and work into it. So whether it’s us or somebody else, I think personally it makes a lot more sense to leverage something that’s already out there … or put some capital in it and become a partner in an existent company.”

This sentiment was equally apparent on Twitter, where a similar conversation took shape after the GQ article was published.

“Why is there so much duplication rather than investment in the existing ecosystem?” Kimberly Bryant, founder of Black Girls Code, wrote on March 20.

“I think it’s great that [Diddy] and [Jay-Z] want to do something meaningful [and] impactful for black communities, but a black woman named Mandy Bowman already created the Black Wall Street app [and] launched it in October 2017!” user Kim Moore added. “It does everything Diddy is talking about.”

The sentiment that Diddy and Jay-Z — who are worth $825 million and $900 million, respectively, according to Forbes — should back an existing app rather than start their own was floated widely, yet some took a contrary stance. Rashad Drakeford, founder of Narrative Ventures, suggested on Twitter that none of the existing apps were getting the job done.

The reality is that owners of the existing apps face unique challenges in bringing them to a high level of consumption, especially when compared to the resources that Diddy and Jay-Z have access to. A lack of capital is a big factor. Ironically, black-owned start-ups are less likely to receive funding — only 1% of start-ups with funding were black, according to a 2015 CB Insights report.

This disparity can also be explained, partly, by the often-poor financial net worth and credit health of black start-up founders when they apply for loans, according to research conducted in 2016 by the Stanford Institute for Economic Policy Research. And black venture capitalists, who are only 2% of full-time investment professionals at venture capital funds, have difficulty getting investors to understand the potential impact of start-ups that cater to people of color, Fast Company reported in 2017.

“I would say the biggest challenge ... is funding,” said Bowman, who funded Official Black Wall Street using personal savings and a successful Kickstarter campaign. “We have a whole rollout plan in terms of different features we want to introduce, but we just need the capital in order to get to that point.”

For Armstrong, having so few resources makes it equally difficult to build and sustain such a platform.

“Our goal was to be a national tool, but trying to curate content across multiple cities can be very difficult, so over time we’ve had different people volunteer,” he explained. “It’s hard to see what black businesses are opening and closing all the time, [and] we need the support of the community [to stay up to date].”

Black Americans have historically rallied around the cause of economic empowerment to foster self-sufficiency in an often violently racist society. In 1830, free black people in the North formed the National Negro Convention Movement — a network of black activists who held meetings between 1830 and 1864 focused on the abolition of slavery and black political and economic progress — and advocated for the establishment of a national black bank, direct trade relationships between black Americans and African nations and other solutions for promoting black entrepreneurship and enterprise.

By the 1860s and 1870s, black farmers in the South had organized consumer co-operatives in which black farmers and their black customers were co-owners and shared in the business profits. In the 1930s, as African-Americans settled in more urban areas, consumer co-operatives grew more common, expanding to other types of business. Organizations like the Housewives League of Detroit — where members committed to buying black-owned products, businesses and services — sprung up in big cities like Chicago, Washington, D.C., and New York City.

Scholars like St. Clair Drake latched onto an expansive vision of racial prosperity, arguing that co-operatives ensured black consumers and their communities benefited from commerce, rather than just the businesses.

“A dollar spent with a co-operative: one, secures the desired goods; two, helps to support a fellow Negro; and three, brings a dividend on purchase at the end of the fiscal year,” Drake wrote in Opportunity in 1936.

This entrepreneurial zeal and racial solidarity have persisted into the 21st century. In 2009, Maggie Anderson and John Anderson — a black couple from Illinois — spent a year trying to buy exclusively from black-owned businesses and franchises and documented their experiences in the book Our Black Year: One Family’s Quest to Buy Black in America’s Racially Divided Economy.

Black-owned businesses compose just 108,473 of the 5.4 million U.S. firms with paid employees, according to the Census Bureau’s 2014 Survey of Entrepreneurs. (That number may have risen since, but more recent, specific data were not available.) Digital databases are a logical next step for ensuring these businesses survive and thrive moving forward.

Mia Woodard, who co-authored “The Use of Digital Tools by Black and Latino Businesses,” an October survey from the Joint Center for Political and Economic Studies, said that more research is also needed regarding black business trends, especially in regards to how apps connect consumers to black-owned businesses.

“I think it’s important to note that black and brown communities are way more likely to use mobile devices as their main way to access the internet,” Woodard said. “And it’s another reason that particularly in these communities, apps are more important to businesses.”