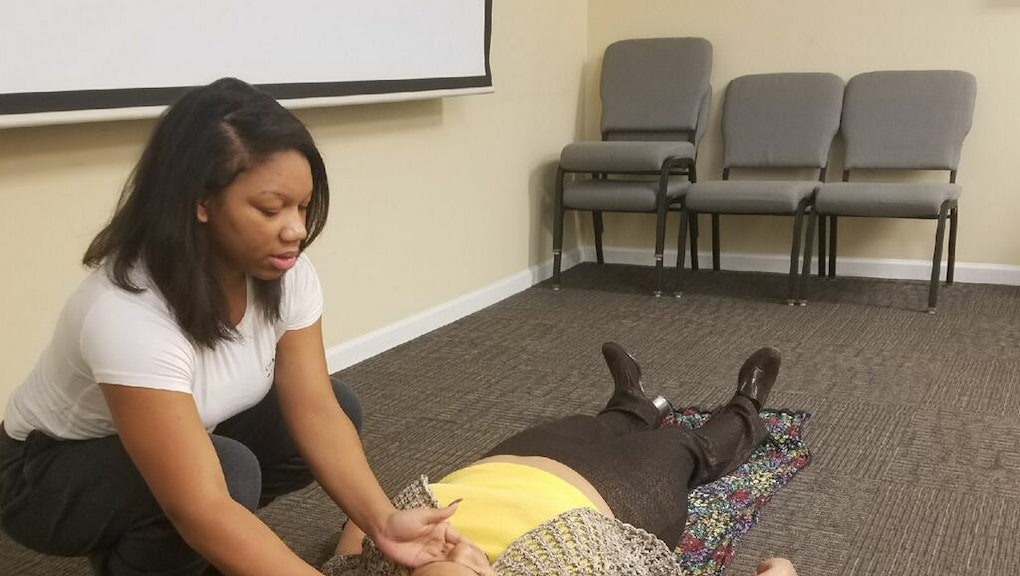 On the south side of Chicago, people can die from gun wounds that wouldn’t have been fatal if they had fast access to a hospital or trauma center. That’s where Journey Jamison comes in — the Bronzeville native steps in when licensed medical professionals can’t. She’s well-trained. She acts quickly. She’s even saved a life.

“When you’re from Chicago, you become a little desensitized to a lot of the trauma and violence that surrounds you, so when it was on my front door, when it was in my living room, I could only be grateful that I had the training that I had,” said Jamison in an exclusive video op-ed for Mic.

In July of 2016, Jamison was sitting her apartment when Deante Starks, or “Peda” as Jamison calls him, burst through her back door.

“He’s holding his neck.” said Jamison. “He’s bleeding. He’s asking me if I can help him, and I was able to say, ‘Yes.’ I did. I applied pressure. I did everything that I was taught in the training.”

The training Jamison is referring to is first aid guidance from Ujimaa Medics, a Chicago-based black health collective committed to teaching people how to respond to urban traumatic events.

Jamison, once a trainee, is now a trainer with the program. She’s trained dozens of Chicagoans including Starks himself.

“I never thought about it like I saved his life, but I took that opportunity to say, ‘Hey Peda, guess what? I was able to save your life because I had this training,’” said Jamison. “‘How awesome would it be if I could train you and your family or your friends on the same thing?’ Peda’s family and his close loved ones have been no stranger to gun violence, so he was extremely on board with learning.”

Jamison is making a difference in her community, not unlike the teenagers who have been similarly impacted by gun violence in Parkland, Florida.

“To everyone who has been in line with this Parkland shooting and who is speaking out against it, I offer a lot of gratitude to you, because we’re doing this together,” said Jamison. “We have to hold it down on all different sides.”

Jamison’s story is beginning to gain nationwide attention. She recently performed live in New York City at the Brooklyn Academy of Music as part of the Moth’s “Eye of the Storm” event.

For more on Jamison’s story, watch her video op-ed above.