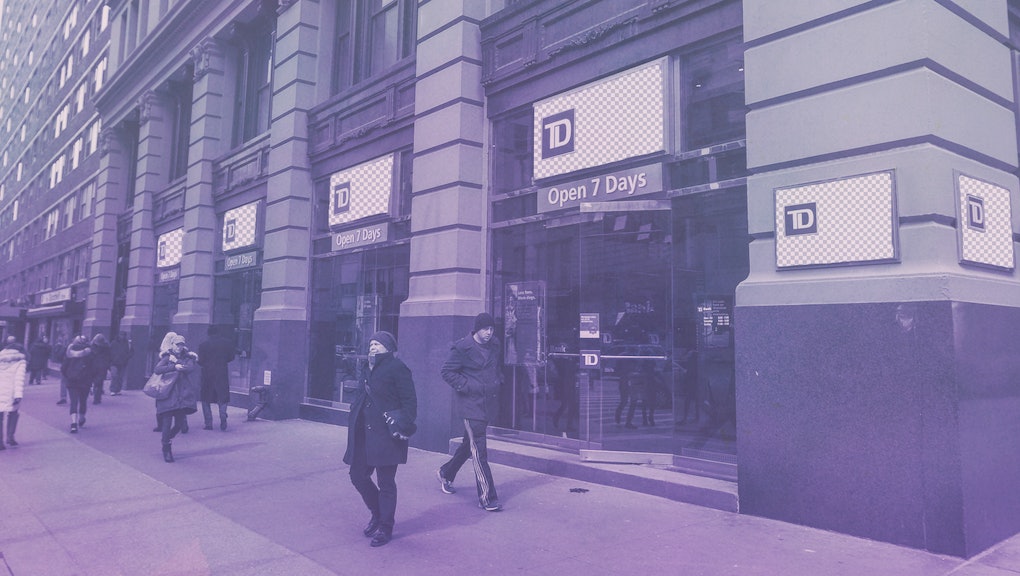 Picture a future, maybe 200 or so years away. People probably still have (or choose) to work, but humanity has come a pretty long way. Instead of relying on your gas-guzzling, expensive car, autonomous vehicles whisk you to work in a matter of minutes. They’re so fast, you can work in different states, or even different countries from the one where you live in your perfectly sustainable living pod.

As you embark on your commute, scanners that are invulnerable to tampering automatically deduct a small fee based on how far you’re traveling, and as you finish up at the office, a similar scanner automatically applies the day’s earnings. You have all sorts of ways of accessing and spending your money, from futuristic smartphones to scannable tattoos. You head home, your groceries are waiting for you, already paid for, naturally. And as you sleep, your money gets more valuable, thanks to algorithms that help maintain an ideal money supply.

That’s not even the best part. Since no one’s charging you for any of these financial services, your money grows far faster than it used to. If you keep your head down, you might even be able to stop working in time for your 80th birthday, giving you an estimated 15 years at least to enjoy your retirement.

That, in a nutshell, is the hope of technology entrepreneurs and mathematicians like Charles Hoskinson, who believe that new digital currencies will one day make banks — and possibly also all manner of middle men, perhaps even governments themselves — a thing of the past, by creating a reality where we trust one another without them. A lot of these hopes lie with so-called “smart contracts” — bits of code that could act as intermediaries instead of notaries, lawyers or banks.

“Contracts can actually become programmable,” Hoskinson, who helped build the influential Ethereum platform and is the current CEO of IOHK, said in a phone interview. “Which means that the nation state, all the trade agreements of the 20th century, will have to be systematically re-evaluated.”

Even the biggest proponents of a new, tech-enabled, totally decentralized system concede that this is decades away, if not more. Banks are already scrambling to see how they can develop real world uses for the so-called blockchain, a digital ledger of sorts that would enable trust by maintaining a record of each and every transaction, so as to prevent double spending. By figuring out ways to use the technology themselves, they will likely cling to relevance, Hoskinson said.

But especially in parts of the world where people don’t trust their governments and their financial institutions very much, the decentralized revolution will likely be more swift. And once people don’t need to, say, pay transaction fees anymore, then why would they? Here’s the case for getting rid of banks, and why the notion might not actually be as appealing as it sounds.

The case for getting rid of banks

Cash is already short for this world. But most consumers don’t realize that the systems which are replacing cash — credit and debit cards — are also terribly inefficient, according to Campbell Harvey, a professor at Duke University’s Fuqua School of Business who teaches a course on digital currencies.

“The cost of a swipe to a retailer is high because the banks are making money, but [retailers] also have to pay for all the security,” Harvey said in a phone interview. (The cost is roughly 2% of each transaction.) “Blockchain would minimize that, and transactions would be very cheap.”

Blockchain technology would do away with most of this inefficiency by replacing trusted middle men, like banks, with a digital ledger that anyone can see or read. That solves a lot of the problems money is meant to solve — the records are all there, so you couldn’t spend twice. You also would have a degree of accountability that you wouldn’t have now, because transactions would be a part of the public record.

In short, it would move us from an economy that essentially runs on IOUs — cash is essentially an IOU from the government — to an economy where people are closer to trading real things, explained Victoria Lemieux, a professor at the University of British Columbia who also led an initiative to help standardize a definition for blockchain at the International Standards Organization.

“This unleashes the potential to achieve peer-to-peer exchange of land, art and you name it over vast distances, and without having to necessarily trust the party with whom you are exchanging,” she wrote in an email. “Value is captured not by closely guarding in-house [intellectual property], but by offering tooling and applications that promote interaction, simplifies exchange, etc., across an ecosystem. It’s a different model of doing business.”

Translation: The only thing that banks bring to the table, really, is that we trust a big Wall Street institution more than some random guy whose house we want to buy. By making peer-to-peer transactions truly trustworthy, the blockchain wouldn’t just save us all a bunch of money, it would also make it much easier to engage in all kinds of more unconventional transactions: imagine using an unwanted gift card to pay for your Uber ride home, for example, or using frequent flier miles to help cover a doctor’s visit.

It’s easy to see why this is so enticing, as people have always had a bit of a love-hate relationship with their banks. (In the Christian Bible, it isn’t the murderers or the thieves that Christ banishes from the temple — it’s the money lenders.) And by removing big banks — and the consequences of their terrible bets — from our financial system, we would presumably also do away with the periodic financial crashes that even fans of the banks concede may be endemic to the system.

Public perception of financial institutions may have improved some since ancient world, though not much: Roughly half of Americans agree with the statement “Banks try to trick us out of our money,” according to YouGov, and more Americans think Wall Street does more harm than good, according to a 2016 poll from Marketplace.

It’s not hard to see where this complicated relationship stems from. Why should bankers be the ones getting rich off of real estate construction, for example, as opposed to the people who are actually doing the heavy lifting?

Not only would our transactions be cheaper, if not free, and our investments less risky, or savings accounts more fruitful — but as University of British Columbia’s Lemieux pointed out, it would also likely make the economy far more collaborative and interactive.

But the biggest impact would almost certainly be felt in the developing world and the five billion or so people who don’t have bank accounts in 2018. The decentralized system that replaces banks would presumably be far more accessible to new populations, professions and storers of value, as Jeffrey Tucker put it in Bitcoin Magazine.

This new system would be radically more democratic and fair. Smart contracts wouldn’t discriminate, and immense amounts of value would be unlocked as more people are able to work, invest and gain access to credit.

The question remains, however, of whether this automated bankless future is really something that we want.

Do we really want a world without banks?

Somewhat ironically, the meteoric rise of crypto prices may be one illustration of why we need intermediaries in the first place.

The fact that no one’s calling the shots may be good for competition, but it’s less helpful when there are decisions to be made. When bitcoin transactions started slowing down with all the demand, for example, the community was fiercely split over the right fix — so much so that several broke off and started a new coin of their own, Bitcoin Cash. Presumably, decisions would continue to need to be made, even in a bankless future. In this decentralized, democratized, world, who would make them?

But the main reason why we need banks, Princeton professor Arvind Narayanan wrote in a column for Slate, may have more to do with human nature. People need to be able to bend the rules — and it’s not clear how the blockchain would be able to accommodate gray-area decision making.

If you lose your driver’s license, for example, you can go to the DMV and have it replaced. But if you lost the bit of code that stored your identity, what would you do? As the unfortunate case of the British IT worker James Howells — who claims to have millions of bitcoin saved on a thumb drive buried under the local dump — shows, if you lose the thumb drive with your bitcoin, it’s not clear who you’d be able to turn to in order to get it back.

“Blockchains have many interesting and valuable applications,” Narayanan writes, pointing to fee-less, or at least cheaper, international transactions as a possible example. “But they’re not about to make property law go away.”

Digital currency wouldn’t be the only much-hyped technology that struggles to keep up with our expectations. Henry Ford first predicted the invention of flying cars back in the 1940s, which went on to become a ubiquitous detail in the sci-fi futurism of the 1950s and 1960s. Decades of innovation later, and the closest we’ve gotten are really just small airplanes.

And yet, other aspects of the cryptocurrency vision — a more global, interconnected world that’s less reliant on powerful institutions — seems inevitable. We just wouldn’t recommend holding your breath.

Sign up for the Payoff— your weekly crash course on how to live your best financial life.