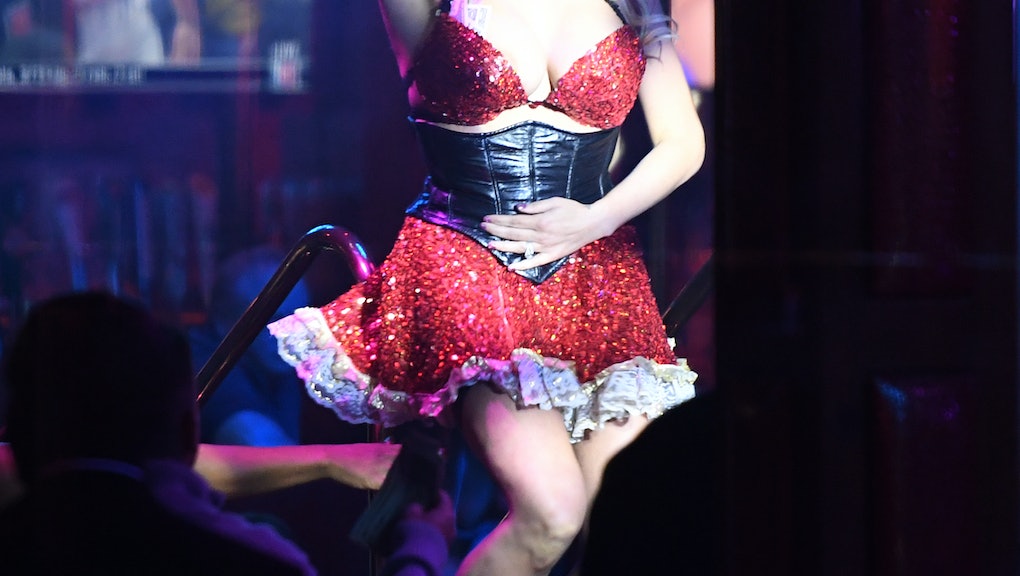 Stormy Daniels hangs over the White House after ’60 Minutes’ interview

• The White House will be on the defense over the ‘60 Minutes’ interview with Stormy Daniels, the March for Our Lives marches and Trump’s new transgender military ban.

• Trump will avoid the public eye, with no public events on his calendar

Today’s question: Do you think the March for Our Lives will lead to a surge in the youth vote?

Stormy Daniels’ much hyped 60 Minutes interview aired, and the adult film star defied her nondisclosure agreement to tell all about her alleged affair with President Donald Trump in 2006.

Among Daniels’ most shocking revelations is that she was threatened in a parking lot in Las Vegas after she had given an interview to In Touch magazine about her alleged affair. The interview Daniels gave didn’t surface until this year, when Daniels’ affair officially became public, thanks to the Wall Street Journal.

“I was in a parking lot, going to a fitness class with my infant daughter. Taking, you know, the seats facing backwards in the backseat, diaper bag, you know, gettin’ all the stuff out. And a guy walked up on me and said to me, ‘Leave Trump alone. Forget the story,’” Daniels said in the 60 Minutes interview. “And then he leaned around and looked at my daughter and said, ‘That’s a beautiful little girl. It’d be a shame if something happened to her mom.’ And then he was gone.”

Daniels also gave some intimate details about her sexual encounter with Trump. Daniels said she only had sex with Trump once, and that the two did not use protection. Daniels also said that she spanked Trump with a magazine cover with his face on it after Trump tried to use the fact that he was on the cover of the magazine to seduce her.

“So he turned around and pulled his pants down a little — you know had underwear on and stuff and I just gave him a couple swats,” Daniels said.

Ultimately, the biggest issue that came out of the Daniels interview is whether Trump will face any legal trouble for campaign finance violations. The payment Trump’s lawyer made to Daniels came just days before the 2016 presidential election.

Over the weekend: They marched for their lives

Organizers estimate that 800,000 people marched in Washington, D.C., which would make it the largest single-day protest in the city’s history, according to USA Today.

But that wasn’t the only demonstration.

Roughly 800 other marches took place around the world in big cities and small towns, both in liberal and conservative areas. The overarching message from the intersectional group of speakers was clear: Young people must vote out lawmakers who do not support gun control legislation.

And that kind of talk should send a chill down the spine of the Republican Party. If a surge of young people head to the polls in November, Republicans will almost certainly be swept out of power in the House, as the youth vote heavily leans Democratic, according to data journalist G. Elliott Morris.

The march, however, wasn’t the only news out of Washington this weekend.

Some transgender people will be exempt from the ban, according to a memo from the Pentagon. They include those who “have been stable for 36 consecutive months in their biological sex prior to accession,” and those who were diagnosed with gender dysphoria after they joined the military so long as they “do not require a change of gender.”

Trump first announced the transgender military ban in July 2017 — an announcement that came in the form of a tweet. It caught his staff and military leaders off guard. That first announcement was challenged in court, with judges ultimately blocking the decision.

The American Civil Liberties Union, which challenged the first decision, came out forcefully against the decision over the weekend.

“What the White House released tonight is transphobia masquerading as policy, for the sole purpose of carrying out President Trump’s reckless and unconstitutional ban,” the ACLU tweeted Friday. “It undermines the ability of trans service members to serve openly and military readiness as a whole.”

Trump is back in the White House after spending the weekend at his Mar-a-Lago estate in Palm Beach, Florida.

However, he has no public events scheduled. Instead, he will receive his intelligence briefing at 11:30 a.m. and have lunch with Vice President Mike Pence an hour later.

But brace yourselves for yet another staff change: CNN is reporting that Trump is preparing to oust Veterans Affairs Secretary David Shulkin, who has come under fire for inappropriate use of government funds.

There will be a daily press briefing, but White House press secretary Sarah Huckabee Sanders appears to be off today. Instead, deputy press secretary Raj Shah will field questions about Stormy Daniels, the gun march, the transgender military ban and Shulkin’s future in Trump’s cabinet.

Congress is out of town for the next two weeks for the Easter and Passover recess.

There is, however, some big midterm news from the weekend: Rep. Ryan Costello (R-Pa.) announced he will not seek re-election in his suburban Philadelphia House seat. Costello’s district became much more Democratic after the state’s recent redrawing of the congressional map, and the congressman decided to retire rather than run again. His seat was already at risk of flipping.

However, Costello decided to retire after the candidate filing deadline, which means Republicans may be stuck with a no-name Republican candidate who has little to no chance of winning this already difficult-to-win seat.

That makes this race an almost certain pickup for Democrats in their quest for the House majority.