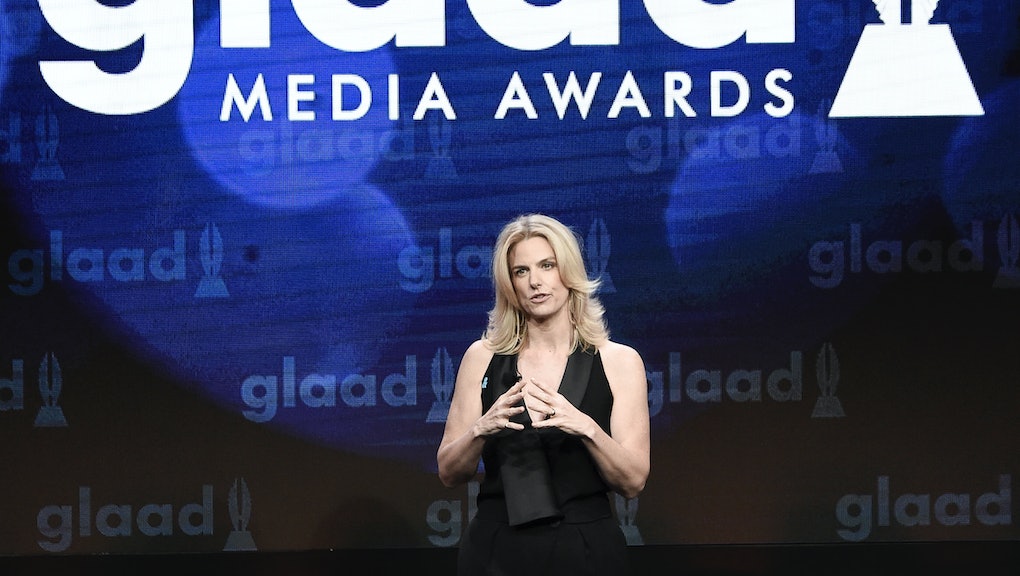 In late 2017, fresh data from three LGBTQ advocacy groups seemed to show that violence against trans people was on the rise.

The data varied slightly depending on whether it came from GLAAD, the Human Rights Campaign or the Transgender Law Center, all of which track trans homicides in the U.S. But the trend lines were the same. According to GLAAD, 26 trans individuals — mainly trans women of color — had been victims of homicide in the U.S. in 2017. This was a higher number of deaths than in previous years that advocacy groups began tracking trans homicides.

GLAAD, which tracks trans homicides in the U.S. and advocates for the LGBTQ community, had up until 2016 framed the endemic violence against trans people in much the same way. But the group is now trying to change the narrative.

On Wednesday, GLAAD released a report asking journalists to stop framing trans homicides as death toll tallies, and instead aim to cover these deaths more comprehensively. The report, titled “More Than a Number,” includes tips for journalists, information about trans homicides in the U.S. in 2017 and a section dedicated to remembering trans people who were killed in 2017.

“We must evolve the ongoing national conversation around the fatal violence that transgender Americans face far too frequently, and work together to report accurately and fairly when covering this epidemic,” GLAAD president and CEO Sarah Kate Ellis said in an email to Mic.

The organization is now requesting that journalists put an emphasis on humanizing trans victims, GLAAD communications director Sue Yacka-Bible said in an interview. Covering end-of-the-year statistics “ends up feeling like a countdown every year, rather than a true representation of who these people were,” she said.

Additionally, labeling a year as the deadliest for transgender Americans is not necessarily accurate, because data tracking trans homicides is conducted on a patchwork basis.

The federal government doesn’t track homicide data that accounts for the gender identity of the victims, and law enforcement often misgenders trans victims after their deaths. Therefore, advocacy groups and news organizations are left to track the data themselves, and these organizations acknowledge that their data most likely under-represents the number of trans homicides that occur in the U.S.

“Many trans people face economic hardship due to factors such as discrimination in housing and hiring, as well as familial and peer rejection, resulting in a rate of homelessness disproportionate to that of the general population,” Gordon said. “While homeless, and especially when ostracized from their loved ones, it is not uncommon for trans people to fall off the radar. In cases like this, there may sadly be no one able to inform law enforcement or journalists of the individual’s identity following their death.”

GLAAD, which in 2013 changed its name to affirm its support of bisexual and trans people, has advocated for more accurate media coverage of trans people and trans victims of violence for years. In 2012, the group released the report Doubly Victimized, which provided journalists with tips on reporting accurately on trans victims of crime. Despite these efforts, the issue of misgendering trans victims of homicides is still pervasive — in 2017, at least 85% percent of trans victims were misgendered in initial police or news reports about their deaths, GLAAD said in its report.

Yacka-Bible is one of several GLAAD staffers who, as part of her position, contacts local news reporters to gather information and to tell journalists and producers when their reporting on a victim is inaccurate.

“While media attention and reporting accuracy by national LGBTQ press has improved, with local press, it’s still a very mixed bag,” Yacka-Bible said. “There are instances where we reach out and the reporters are open and willing to do the right thing, to make corrections and report accurately. There are other cases where reporters will absolutely refuse to update their stories.”

A major obstacle to accurate news coverage is that local reporters regularly rely on the police to get their information. For a number of reasons, including a lack of training about trans issues and inaccurate information provided by family members, that information can often be wrong.

“It is important to work with the local police, be polite and maintain relationships, but never refuse to ask questions or look deeper into what is being said,” MJ Okma, GLAAD’s associate director of news and rapid response, said in an email. “Someone’s ID does not tell their whole story. If something is not adding up it is important not to rush out the gate. Investigate and make sure to get it right.”

GLAAD says that it is grateful that reporters, especially national reporters, are focusing on trans homicide victims and highlighting the endemic violence that the trans community faces. But there is always room to do better.

“We are all failing if the majority of representation of trans women of color that is amplified by media places the community in the context of victimhood rather than that of brilliance and resilience,” Okma said.