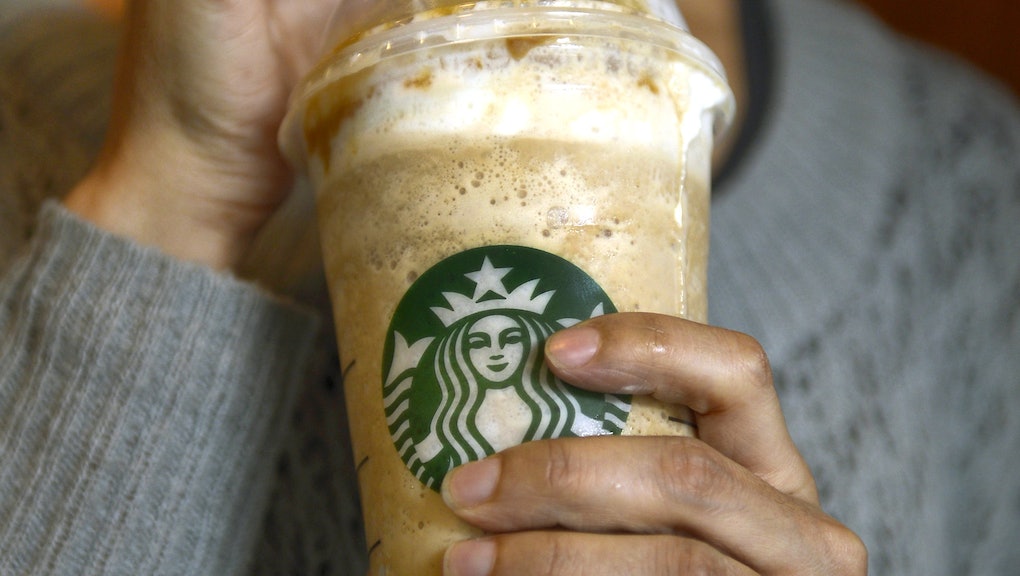 If Adrian Grenier has his way, Starbucks’ plastic green straws will be a thing of the past

You might know Adrian Grenier from Entourage (or as the world’s least supportive boyfriend in The Devil Wears Prada). Or you might just know him as that celebrity who’s obsessed with straws. The 41-year-old actor turned environmental activist has seemingly dedicated the majority of his time to ridding the world of single-use plastic drinking straws.

Grenier’s deep devotion to straw activism started in 2016, and he shows no sign of slowing down. When pressed with the somewhat teasing question, “Is this your life’s work?” Grenier succumbed to saying yes, with the caveat that he lives and works for other reasons, too. “It’s fulfilling work, it’s work for the soul,” he said in a phone interview. “There’s that quote — live for your obituary, not your resume — and I think that has inspired me a lot.”

Grenier said while he’s not done acting (he’s “currently waiting for the right thing to come along”), he will always be committed to his environmental work. And he doesn’t mind if people recognize him as Straw Guy rather than Vincent Chase. “I gotta say, when I walk down the street and people say, ‘Hey, I stopped using single-use plastic straws because of you,’ it feels very, very good. It feels a lot better than people who come up to me and say, ‘hey I became an agent because of you,’ or, ‘I went out to party because of you.’” Grenier said he still does love to party, but he orders his drinks without straws.

Grenier is a shareholder in Starbucks, and at the coffee conglomerate’s latest meeting, he presented a resolution — drafted with the help of As You Sow, a nonprofit company that deals with shareholder advocacy — that challenges the company to cut down on waste pollution. More specifically, Grenier is asking the green mermaid coffee giant to phase out its plastic straws, which can’t be recycled and can be harmful to marine life.

Starbucks produces an estimated 2 billion of these straws annually, and that number will only rise as Starbucks continues its coffee world domination. According to one 2017 statistic, the company opens a store in China every 15 hours, intending to add 2,000 stores to the country by 2021. Undoubtedly, more stores means more straws. “That’s a huge strain on our environment,” Grenier said.

In the past, Starbucks has been lauded for its commitment to sustainability and worker’s rights. It has maintained messaging of being a socially conscious company, with its ethical sourcing, employee health care and investment in farmer welfare. But when it comes to its massive waste problem — including the 4 billion non-recyclable cups it sells every year — it’s still working on viable resolutions.

“I’ve always loved Starbucks for being an outspoken environmental leader, ” Grenier said. But, he added, “Now their green talk is starting to sound like green-washing because their rhetoric isn’t matching their actions. And when you have historically un-environmental companies like McDonald’s stepping up and providing that leadership, you start to wonder whether or not Starbucks [has lost its core commitments].”

Last week, Starbucks announced it was developing a “recyclable and compostable cup solution,” as well as a “plant-based liner that would stand up to hot liquids,” a company spokesperson said in an email interview. “A commercially viable solution could be used for other applications, including straws.”

Grenier said he’s focusing his energy on straws because the action is accessible and “allows people to be involved without being overwhelmed,” explaining that the plastic straw is the gateway for changing the way both consumers and businesses treat the environment.

Can you still enjoy a grande Caramel Cocoa Cluster Frappuccino without the iconic green straw? Grenier thinks it’s as easy as swapping them out for some alternatives like bamboo or paper straws. It shouldn’t be too hard to dye them that iconic Starbucks green.