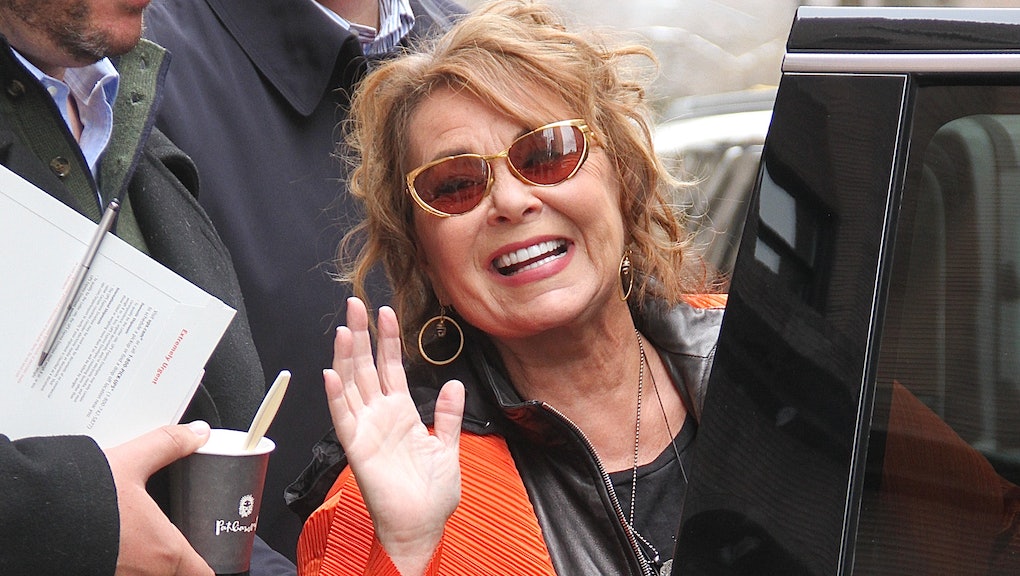 President Donald Trump called Roseanne Barr to congratulate her on the ratings of the reboot of her show, Roseanne, CNN reported.

Barr’s show saw a massive 18.2 million viewers when it premiered Tuesday night on ABC. That’s higher than the 10.1 million viewers that the reboot of Will and Grace received, according to CNN.

Like Trump, Barr seems to like conspiracy theories, tweeting a false one recently about Parkland, Florida, shooting survivor David Hogg.

Far-right conspiracy theorists falsely say Hogg put his arm up in a Nazi salute during the March for Our Lives on Saturday. And Barr glommed onto that false narrative in a tweet on Tuesday.