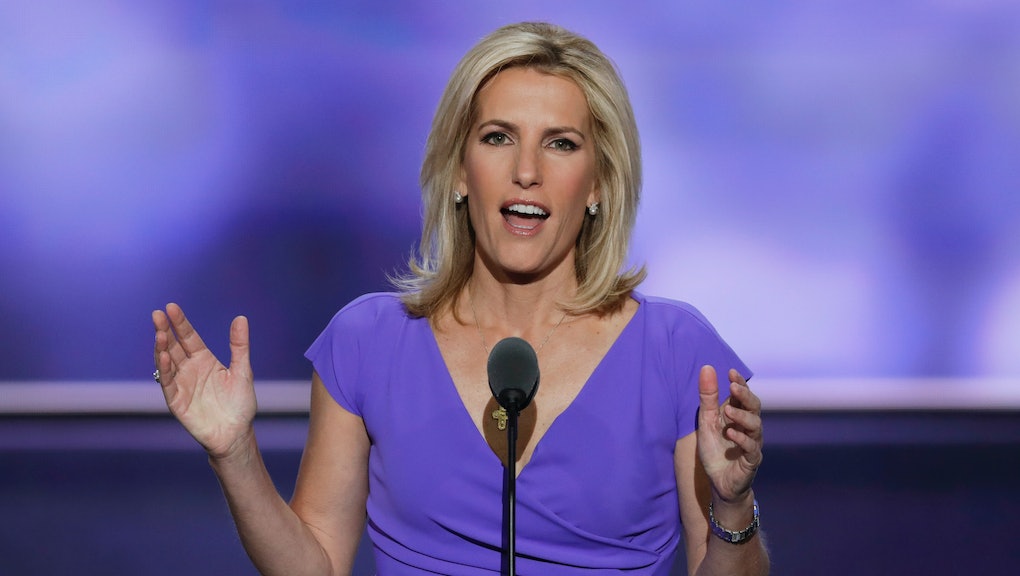 Conservative commentator and Fox News host Laura Ingraham couldn’t resist taking a dig at Parkland shooting survivor David Hogg when she found out he, like almost all teenagers, didn’t get accepted to all of the colleges he applied to.

“David Hogg Rejected By Four Colleges To Which He Applied and whines about it,” Ingraham tweeted, along with a link to an article from conservative news website the Daily Wire about Hogg’s college admissions.

But Ingraham quickly learned that attacking survivors of mass shootings for unrelated issues is not a good look.

In response, Hogg tweeted a list of The Laura Ingraham Show sponsors and encouraged his followers to call on those companies to boycott Ingraham’s show.

Nutrish, a pet food company owned by daytime TV star Rachael Ray, was the first to heed the call, tweeting it was “in the process of removing our ads from Laura Ingraham’s program.”

“HEY @FLOTUS MY BROTHER IS LITERALLY GETTING CYBERBULLIED BY @IngrahamAngle. ANY COMMENTS?” Lauren tweeted.

Trump pledged on the 2016 campaign trail to launch an initiative to combat cyberbullying should she become first lady, a stance many found ironic given her husband’s penchant for name-calling on Twitter.

Hogg, who has become an outspoken advocate for gun reform along with many of his fellow classmates, has been the subject of several right-wing conspiracies, including claims he is a “crisis actor” coached to deliver anti-gun talking points by the FBI.

Shortly after the backlash from sponsors Ingraham tweeted an apology, saying “I apologize for any upset or hurt my tweet caused him or any of the brave victims of Parkland.”

She also took the opportunity to boast that she had been the first to feature Hogg on national television.