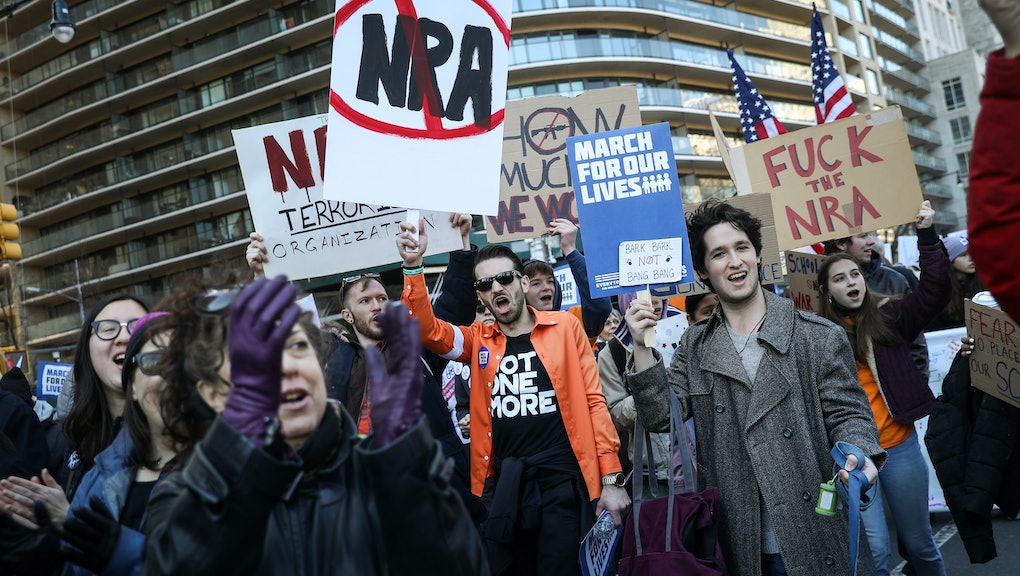 Six weeks after Parkland, gun safety groups are seeing a surge in momentum

In a nation once thought to be desensitized to the horror of mass gun violence, the momentum for more gun control is defying the odds.

Everytown for Gun Safety, which was created after the 2012 mass school shooting in Sandy Hook, Connecticut, announced on Thursday that its volunteer base has doubled in just the past month for its student-led group, Students Demand Action.

Everytown now has more than 35,000 student leaders across the country and has gained more than 155,000 new volunteers overall.

“There was a lot of momentum that came out of that movement,” said Shannon Watts, founder of Moms Demand Action, which merged with Mayors Against Illegal Guns to form Everytown. “And now it’s our job to make sure that people are getting off of the sidelines, getting involved between now and the midterms, and that they vote on this issue.”

The organization is also announcing new plans to capitalize on this momentum with a $1 million grant program to support student activism and Moms Demand Action is holding 1,400 events across the country directly targeting lawmakers and demanding they support gun safety measures or be “thrown out.”

Everytown is not alone. Other gun safety groups like the Brady Campaign to Prevent Gun Violence and the Coalition to Stop Gun Violence have also reported seeing record increases in membership and activity since Parkland.

The increase in organizing and momentum comes at a time when the gun rights movement is also amassing major resources to try and prevent gun safety measures.

Donations to the NRA tripled in the month after the Parkland shooting according to CNN. But members of Everytown say they aren’t worried.

“[The NRA] always exploit tragedies to increase their donations and/or gun sales. But we have over 100,000 new grassroots donors since Parkland.”