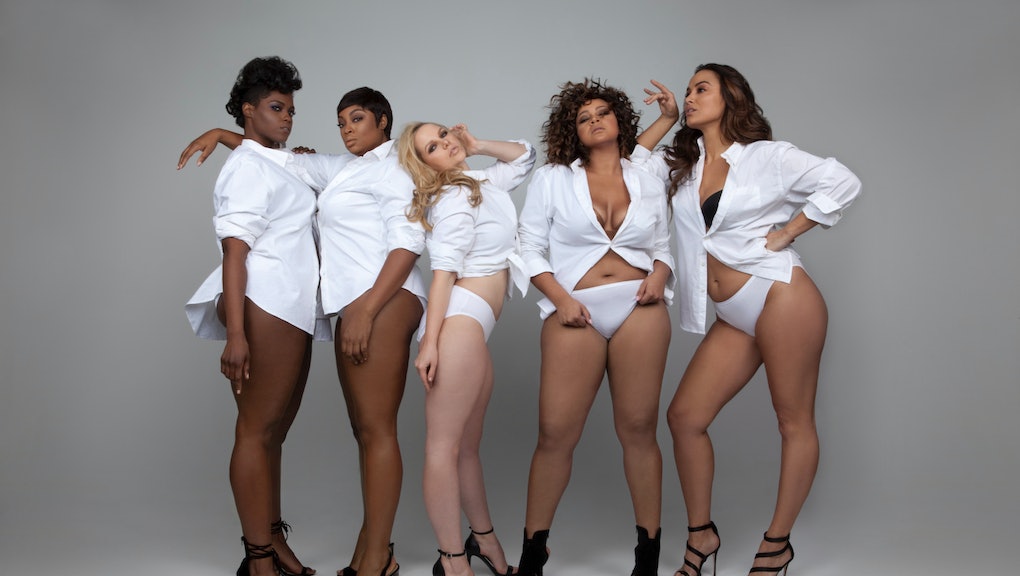 With #TheModelDiversityProject, a veteran model and makeup artist call for more diversity in beauty

That’s why they’ve created the Model Diversity Project, which launches Monday on social media, to show the fashion and beauty industries what they’ve been missing, and shine a light on models who have long either been tokenized or completely overlooked.

“In shoots, it’s always the token black model and they have to look one of two ways,” Crosse said in an interview. “We wanted to show the beauty where it’s not just one model by themselves but all of us together. This is personal. This is the world that I see. I see light, black, Asian, Latina. I see older models, younger models.”

The first project from the Model Diversity Project, for which Crosse and Michael served as creative directors, is a photoshoot shot by Ken Robinson that includes images that easily would fit into an issue of Vogue, and others that would make for a rather stunning beauty campaign. All the models just happen to be plus sized.

With assistance from acclaimed hair stylist Yancey Edwards and stylist Steffany Allen, the images say several things. First, not only can plus models slay a beauty campaign, but it is a real tragedy how rare it is to see a plus-sized woman in a beauty campaign.

“The old regime is still in tact and they have been conditioned to think that a fuller face isn’t the standard of beauty,” Crosse said. “I’m thankful that we have different companies like Fenty, L’Oréal, Revlon, CoverGirl, Pat McGrath and Glossier who have made strides in this, but this should be an regular occurrence by now. A great face is a great face period.”

The models in the shoot are Crosse, Naimah Terry, Monique Robinson, Denka Obradovic and Elly Mayday, all plus models who have been in fashion for years, but whose careers have all taken different paths. That was intentional for Crosse and Michael.

“We were like, let’s see if we can get different models who usually don’t get these opportunities,” Crosse said. “A lot of times when we see campaign or editorials, you might not see a model like Naimah because she’s known in the fit world. Elly is a cancer survivor and she does lingerie jobs. We wanted to have someone like Monique, who has been turned away from agencies because of how dark her skin is.”

Yet another question this first project raises — just by seeing how strong these images are — is why is it still so rare to see such an array of plus-sized models, of various ages, shapes and shades, in a high-fashion editorial, and in a high-fashion light? Why aren’t more images like this in Vogue?

“I felt that the strongest way to prove our beauty and show our beauty is to do it editorially,” Crosse said. “A lot of times you see plus models in catalogues, and e-commerce. I’m talking about Vogue, Harper’s Bazaar — and not just a shape issue.”

Crosse and Michael are ready to keep asking these questions until they see a noticeable change in the campaigns and editorials presented to readers.

Already, Crosse and Michael have plans to continue this project, and do more photoshoots that highlight specific kinds of models in the industry who continue to be overlooked. “This is a career,” Michael said, offering a hint for what’s next. “This is a job and a career. Models don’t just cease to exist after 40. They want to work, and I’d love to give them work.”

You can see Crosse and Michael talk about their project, in a video shot by Brian Tru, below: