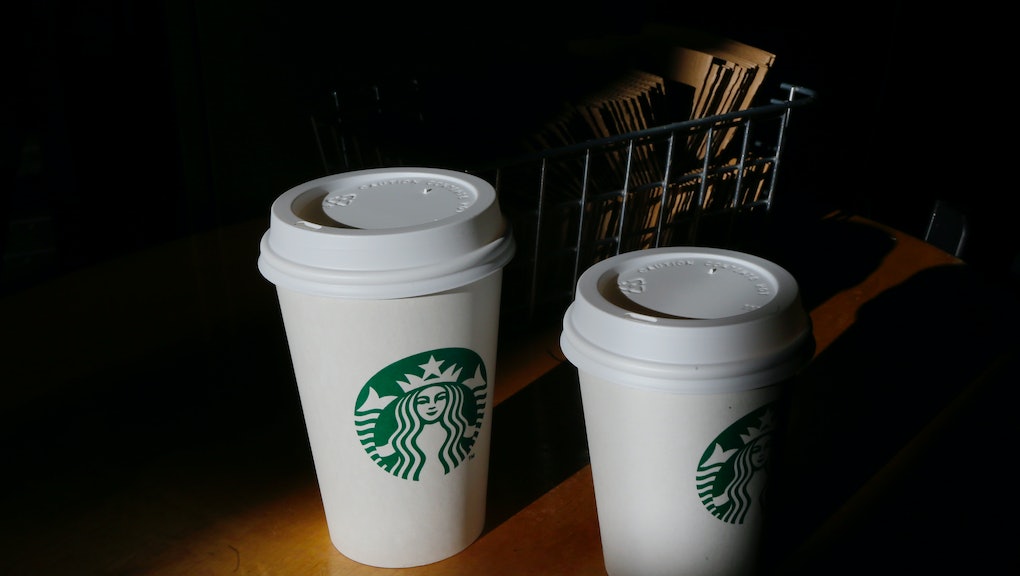 Coffee may soon come with a cancer warning in California

In 1966, the U.S. became the first nation to require cigarette companies to publish warning labels on their products. In 2018, coffee companies may end up following suit: A Los Angeles judge on Wednesday ruled that companies in the state of California will be required to carry cancer warnings due to potentially harmful chemicals produced in the coffee roasting process, the Associated Press reported.

The coffee industry argued the beverage’s health benefits outweighed its health concerns and that the levels of acrylamide were low enough to not be considered dangerous. Still, Superior Court Judge Elihu Berle said the companies hadn’t presented enough evidence to substantiate those claims. The coffee companies named in the suit have a couple weeks to challenge the ruling. Roughly 50 defendants remain; some companies settled by agreeing to add a warning while others had the case against them dismissed.

The nonprofit Council for Education and Research on Toxics sued Starbucks and 90 other companies under a state law that “requires warnings on a wide range of chemicals that can cause cancer,” according to the AP. One of the chemicals present in coffee — acrylamide — is a carcinogen. The nonprofit pressed the coffee industry to either remove acrylamide from its process or disclose its dangers to consumers via warning labels.

So, can coffee give you cancer?

You don’t have to give up your coffee ritual just yet. It’s still unclear if the carcinogen present in coffee’s roasting process can increase a person’s risk for cancer, LiveScience reported. While studies on rodents have shown that acrylamide exposure can increase cancer risk, human studies have shown mixed results.

Coffee isn’t the only food to contain this chemical, which forms when starchy, often plant-based food is cooked at high temperatures. Burnt toast, extra-crispy french fries and even certain cereals may contain acrylamide. In 2016, the Food and Drug Administration published guidelines on how to reduce acrylamide consumption. Suggestions included toasting bread to a light brown color rather than a dark brown and storing potatoes in dark, cool areas like pantries versus the refrigerator. (According to the FDA, keeping spuds in the fridge can increase acrylamide during the cooking process.)

Much of the work against carcinogens starts in California because of the state’s Safe Drinking Water and Toxic Enforcement Act, which is also known as Proposition 65. The regulation requires businesses to provide Californians with warnings “about significant exposures to chemicals that cause cancer, birth defects or other reproductive harm.”

It’s also pretty much impossible to avoid acrylamide altogether: The Grocery Manufacturers Association said the chemical is present in 40% of the calories consumed in the average American diet.

Still, as this California case shows, there are ways for companies to help keep consumers educated and well-informed. For example, the Council for Education and Research on Toxics settled a 2008 lawsuit against Heinz, Frito-Lay and Kettle Foods when the companies agreed to reduce the amount of acrylamide in their potato chips and french fries.