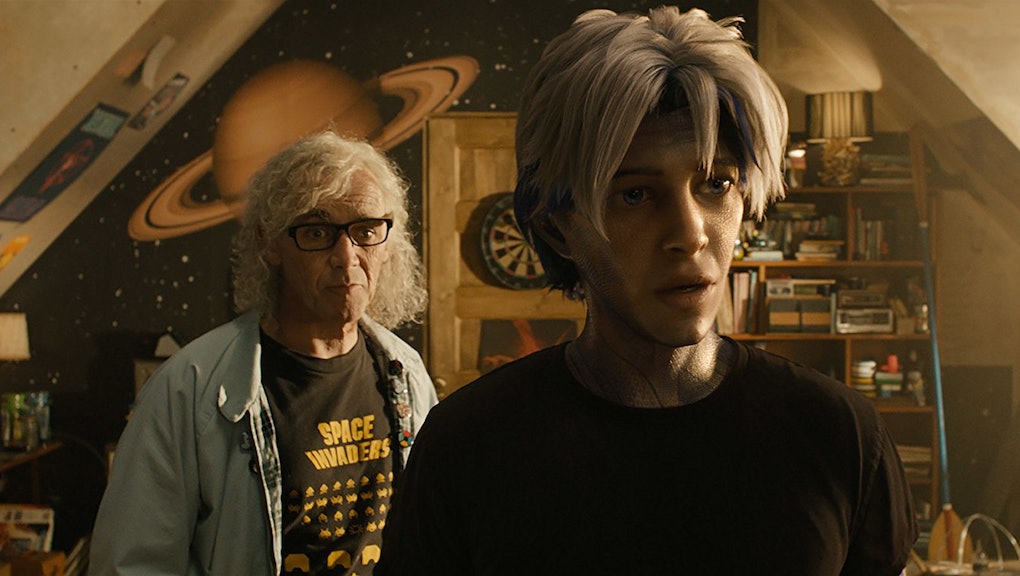 ‘Ready Player One’ tries to race past politics. That’s the problem.

(Editor’s note: Spoilers for Ready Player One ahead.)

To call Ready Player One, the new Steven Spielberg film based on the overstuffed 2011 Ernest Cline fan-service novel, an orgy of sensory overload would be an understatement. The film, like the book, both praised and maligned for its barrage of pop culture references, pummels the viewer with a stream of cameos drawn from video game, sci-fi, comic book and ‘80s pop music nostalgia. And, like in the story’s sprawling virtual reality MMOSG, the OASIS, the better you are at spotting the references, the more rewarding the experience is meant to be — at least on the surface. Sadly, the film is almost entirely comprised of surface, one in which the gamers — and, in a sense, the Gamergaters — have prevailed in more ways than one.

The plot of the film tackles that premise head on. Set in a near-future Columbus, Ohio, of 2045, Ready Player One’s world is one of exceptionally stratified wealth and scarce resources. Here, citizens of the Stack, a favela-like haphazard piling of trailers and garbage, spend much of their time immersed in the OASIS, a video game in which almost any fantastical diversion you can conjure is waiting for you, and whose immersive animation further contrasts with the bleak reality waiting outside. Much of the gameplay is pulled from the retro-gaming and new wave pop-obsessed brain of its savant-like creator James Halliday, played here by Mark Rylance as a disquieted Steve Jobs and Willy Wonka hybrid.

While the film itself is magnitudes more thrilling, and genuinely fun, than critics soured by the truly dreadful novel’s tiresome cataloguing of references might have expected — this is Spielberg in crowd-pleasing adventure mode, after all — ultimately, it fails to adhere to its own most simplistic of lessons: that escapism can’t be everything.

In brushing past the realities of its grim world as brief plot contrivances, it surrenders to the superficial allure of the fantastical, missing an opportunity to say anything meaningful beyond the idea that occasionally logging off is a good way to get a girlfriend, like lead nerd Wade Watts (Tye Sheridan) does in the end, or that fascistic corporations like Innovative Online Industries, or IOI, led here by Ben Mendelsohn’s Nolan Sorrento, are bad because they want to stop the protagonists from winning. (In this case, “winning” means completing a series of challenges left behind by the late Halliday, to eventually win the right to run the OASIS.)

For years now since the seismic cultural-reckoning of Gamergate, a harbinger for the endless culture wars of the Trump era if nothing else, the most ardent purveyors of its central ethos — that gamers and pop culture obsessives are sick of being lectured about social justice issues, to characterize it very generously — have whined ceaselessly about the intrusion of politics into their pastime. Spielberg here has surrendered to that selfish, entitled impulse, which is a shame, because he’s obviously a master capable of sewing harsh political realities into every fabric of his films when he wants to. (You don’t have to look any further than 2017’s The Post, for example.) He’s also just as capable of glossing over them and cutting to the fun stuff.

Much of the discussion surrounding the movie has revolved around its use of nostalgia and pop culture references as its entire raison d’être, but there’s actually a hard political allegory lingering on the edges of the film. Poverty, addiction and domestic abuse are each broached, but then quickly dispensed without much nuance or thought.

As in the book, Watts’ best in-game friend, Aech is revealed to be a woman of color, but her backstory as a lesbian kicked out of her home by her homophobic parents isn’t mentioned. Instead, its left to the casting choice of Lena Waithe to hint at it without committing to it expressly in the film’s text. Watts himself — who goes by the gamer handle of Parzival — endures physical abuse at the hands of his aunt and guardian’s game-addicted boyfriend, but, again, it’s skipped over to return to the real point of the film: driving the Back to the Future DeLorean fast enough so that King Kong can’t catch you.

Never mind the thrills of assaulting a wizard’s castle with an army including Mechagodzilla and the Iron Giant — the single most exhilarating scene of the film, for me anyway, was a moment in which Art3mis (Olivia Cooke), Percival’s love interest and gaming compatriot, is seized by the goons of IOI. Her real-world debt has been purchased by the company, she’s told, without her knowledge or consent, and she’s thrown into one of their virtual reality labor camps, where she’ll be forced to work it off, along with any processing fees she may accumulate along the way.

Now that’s the premise for a dystopia, if for no other reason that it, like the best science fiction, presents us with an only slightly exaggerated version of the horrifying reality that many of us deal with today. But like with many shallow and lazily written stories, it’s much easier to confront the singular, individual evil of the specific bad guys in question than to grapple with the systemic menace of the techno-capitalistic fascist apparatus they labor in favor of.

It probably won’t be a spoiler to say that the ragtag group of teens pulled together by circumstance here prevail, with hero Parzival and friends seizing control of the OASIS after completing a series of bewildering in-game puzzles and stunts. In the end, instead of shutting it down completely, they settle on a compromise, turning off the game for two days a week, forcing people to spend more time in the real world.

It’s a pity Spielberg didn’t give viewers more time to do the same, because for all the wonders of the OASIS, it’s the actual day-to-day world the characters inhabit that seems infinitely more interesting. The result is a worse sort of fan service than the film is already reliably being accused of. Whether the director is aware of it or not, it’s a willful surrender to reactionary and right-leaning gamers’ demands. Politics, in their estimation, has no place in entertainment. It doesn’t have much of a place in Ready Player One, either.