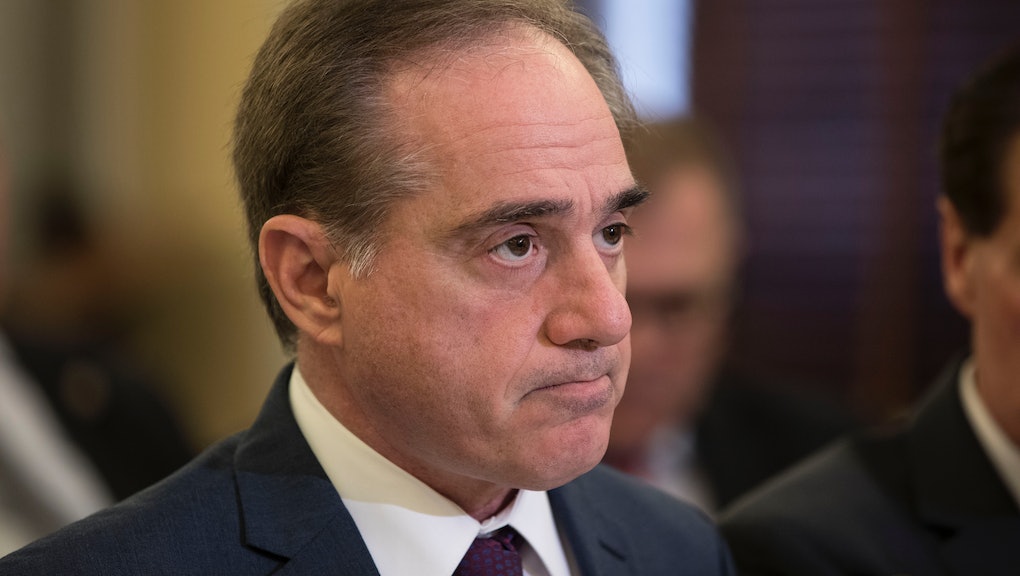 The Trump administration had its latest shake-up on Wednesday, as the president announced that Veterans Affairs Secretary David Shulkin would leave his position. On Sunday, Shulkin clarified that his departure was not by choice.

In an interview Sunday on CNN’s State of the Union, Shulkin confirmed he “did not resign” from the VA.

“So you were fired?” Tapper followed up.

“I did not resign,” Shulkin said.

The circumstances of Shulkin leaving his position — whether he had resigned or was fired by President Donald Trump — were previously unclear. Though the White House claimed in a comment to Politico that Shulkin resigned, Nevada Democratic Rep. Dina Titus had tweeted Wednesday “there was no hint that [Shulkin] was about to be fired” in a conversation she had with Shulkin an hour before the announcement.

The news that Shulkin did not resign could have political implications. Trump announced that until proposed successor Ronny Jackson is confirmed by the Senate, the position will be filled by Defense Department official Robert Wilkie, rather than VA Deputy Secretary Thomas Bowman, who was next in line for the role.

According to Politico, Trump choosing Shulkin’s temporary successor could be in violation of the Federal Vacancies Reform Act of 1998, which stipulates that the president can choose a successor in cases where the current office holder “dies, resigns or is otherwise unable to perform the functions and duties of the office” — but does not mention being terminated. The move could open up the possibility of Wilkie’s authority being legally challenged.

Shulkin’s firing came amid an ethics scandal for the former secretary, after an inspector general at the VA released a report charging Shulkin with improperly using taxpayer funds when Shulkin’s wife accompanied him on an 11-day European trip. On Sunday, however, Shulkin hit back at the ethics charges, saying that his firing was instead politically motivated.

“I’ve been really clear: Everything that I did was done properly, it was pre-approved by our ethics team,” Shulkin said. “I think that this was a political exploit of this IG report in order to accomplish the job of trying to get a change in the leadership.”

Shulkin also dismissed Trump’s claim that he had fired Shulkin due to his lack of progress in speeding up wait times for veterans.

“This is the president’s call, and I respect his decision,” he said. “But we’ve made tremendous progress in this past year. We have a lot of work to do, but I think it’s moving in the right direction, and we need the investment to be able to make this system work.”

In the wake of his departure, Shulkin has spoken out against many of Trump’s political appointees whom he worked with at the VA and their efforts to move the agency toward privatization, penning an op-ed in which he declared: “It should not be this hard to serve your country.”

Shulkin continued to speak out against members of the Trump administration Sunday, saying that although Trump himself is “committed to improving the care for veterans,” a number of political appointees had a very different approach to the VA than Shulkin.

“I was bringing an agenda of change that I thought was getting the progress we needed, and some political appointees felt that we needed to be much more aggressive than I was willing to, and so they saw me as an obstacle,” Shulkin said Sunday.

“I’ve always had a very good relationship with President Trump, he’s been clear that he wants to see us do better for veterans, and that’s why I was there. So I never had any issues with him,” Shuklin added. “I do think the way that the political appointees have behaved and some of the ways that they’ve tried to undermine our progress has made a difficult environment.

“What I care about is making sure that this Veterans Administration is doing better for veterans, and it’s been a hard environment in which to do that recently.”