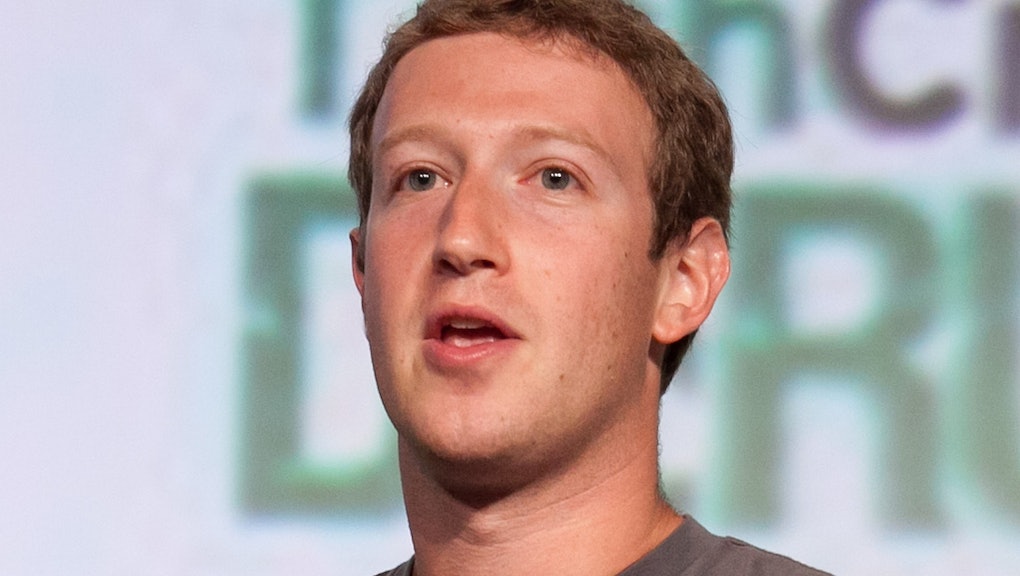 Mark Zuckerberg says Facebook is free, even though users actually pay with their data

Facebook continues to face criticism about mishandling its users’ privacy. Even Apple CEO Tim Cook has criticized the company, and now, Facebook founder Mark Zuckerberg is firing back.

In an interview with MSNBC and Recode, which was taped Wednesday and is scheduled to air Friday, Cook fired shots at Zuckerberg while discussing the ongoing controversy the social media giant is facing over privacy concerns. When asked what he would do if he were in Zuckerberg’s shoes, Cook said he “wouldn’t be in [that] situation” to begin with.

Zuckerberg spoke to Vox writer Ezra Klein on Friday in a podcast interview for the Ezra Klein Show, during which he said that unlike Apple, Facebook is saving people money.

While Zuckerberg described Facebook as a free service, it’s been reported in recent weeks that users actually pay for it with their personal information instead of dollars and cents — sometimes with data they didn’t even realize they were handing over.

The 49-minute interview covered a range of topics, from the importance of local news to propaganda in Myanmar. Honing in on privacy concerns, Klein suggested Facebook’s business model of “monetizing user attention” might be what’s causing its woes. If you ask Zuckerberg, though, Facebook isn’t looking for ways to make us spend more time using the service (even if you do get constant notifications about things don’t really interest you).

“I think our responsibility here is to make sure that the time people spend on Facebook is time well spent. We don’t have teams who have, as their primary goal, making it so people spend more time. The way that I design the goals for the teams is that you try to build the best experience that you can. I don’t think it’s really right to assume that people spending time on a service is bad. But at the same time, I also think maximizing the time that people spend is not really the goal either.

Even before the recent user privacy debacle, Facebook and other social sites were being called out by the Time Well Spent movement — a nonprofit started by former Google employee Tristan Harris that encourages people to reconsider how much time they waste scrolling through social feeds.

Considering the amount of power Facebook has amassed, perhaps a handful of powerful people really shouldn’t be calling the shots that affect such a wide swath of society. Interestingly, Zuckerberg doesn’t disagree.

“With a community of more than 2 billion people all around the world, in every different country, where there are wildly different social and cultural norms, it’s just not clear to me that us sitting in an office here in California are best placed to always determine what the policies should be for people all around the world. And I’ve been working on and thinking through: How can you set up a more democratic or community-oriented process that reflects the values of people around the world? That’s one of the things that I really think we need to get right. Because I’m just not sure that the current state is a great one.”

Zuckerberg’s thoughts echo previous arguments in favor of inclusion: How can one group in one region vouch for the needs of billions of people worldwide? It may be time to allow more people in various corners of the world help decide what Facebook’s policies should be. Maybe then we’ll stop receiving notifications about updates that don’t pertain to us.