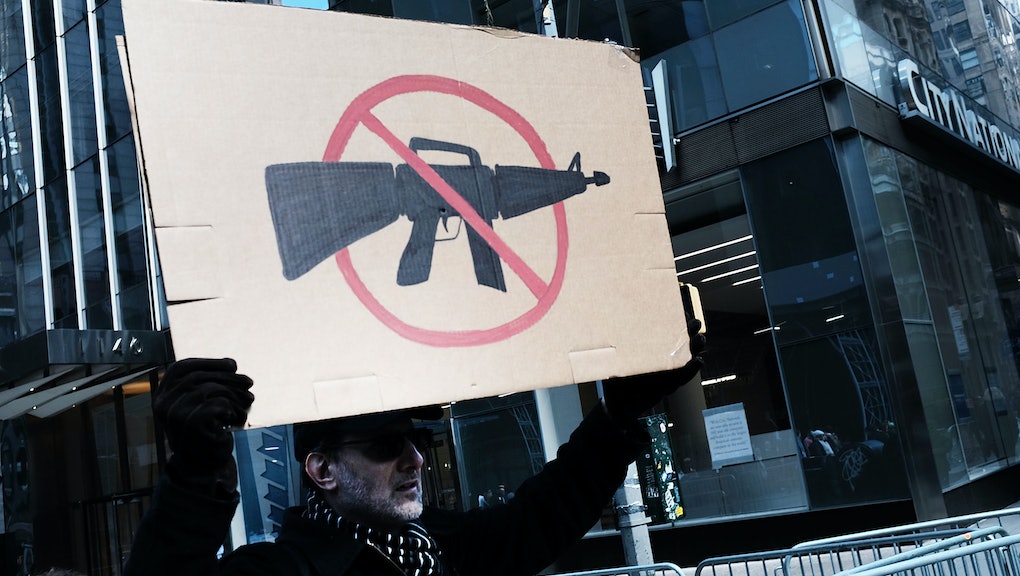 After officials in the Chicago suburb of Deerfield, Illinois, unanimously voted to ban the sale, manufacture and possession of assault weapons on Monday, prominent gun rights group Guns Save Life vowed to take legal action against the ordinance — and the National Rifle Association said that it will help.

In a statement on Wednesday, the Institute for Legislative Action — the lobbying arm of the NRA — said that the organization “is pleased to assist [Gun] Save Life” in its legal efforts to challenge the village of Deerfield’s confiscation ordinance.

“Every law-abiding villager of Deerfield has the right to protect themselves, their homes and their loved ones with the firearm that best suits their needs,” Chris W. Cox, executive director of NRA-ILA, said in the statement. “The National Rifle Association is pleased to assist [Guns] Save Life in defense of this freedom.”

With the passage of the Deerfield ban, residents will have until June 13 to remove existing assault weapons and large capacity magazines from within the village limits, with a failure to do so potentially resulting in fines of up to $1,000 a day, Matthew Rose, the village attorney, told the Chicago Tribune.

Deerfield officials released a statement Tuesday explaining that the town had based its law on an ordinance passed by Highland Park, Illinois, in 2013. That ordinance faced legal challenges but was deemed lawful by a federal appeals court, according to the Tribune. The Supreme Court declined to consider the case.

John Boch, the president of Guns Save Life, said in the NRA’s statement that the ordinance “clearly violates our member’s constitutional rights.”

“With the help of the NRA I believe we can secure a victory for law-abiding gun owners in and around Deerfield,” he said.

In an email to Mic, Boch declined to comment further on the lawsuit, but did elaborate on the decision in a piece published on TheTruthAboutGuns.com on Thursday.

“The AR-15 stands as America’s favorite rifle for a number of very good reasons.” Boch wrote. “Yes, guns protect families. Guns protect children. Banning one of the most effective guns widely in use by America’s nearly 100 million gun owners will only serve to protect criminals, lunatics and terrorists.”

Deerfield Mayor Harriet Rosenthal asked the village attorney and town staff to draft an ordinance following the Feb. 14 shooting at a Parkland, Florida, high school that left 17 students and faculty members dead, according to the town’s statement.

In the wake of that tragedy, the surviving students of Marjory Stoneman Douglas High School have become some of the most prominent faces of the national movement for gun reform — and it was their composure and poise, Rosenthal said, that inspired Deerfield to take action.

“Enough is enough,” Rosenthal told the Chicago Tribune. “Those students are so articulate just like our students. There is no place here for assault weapons.”

The NRA did not respond to a request for comment.