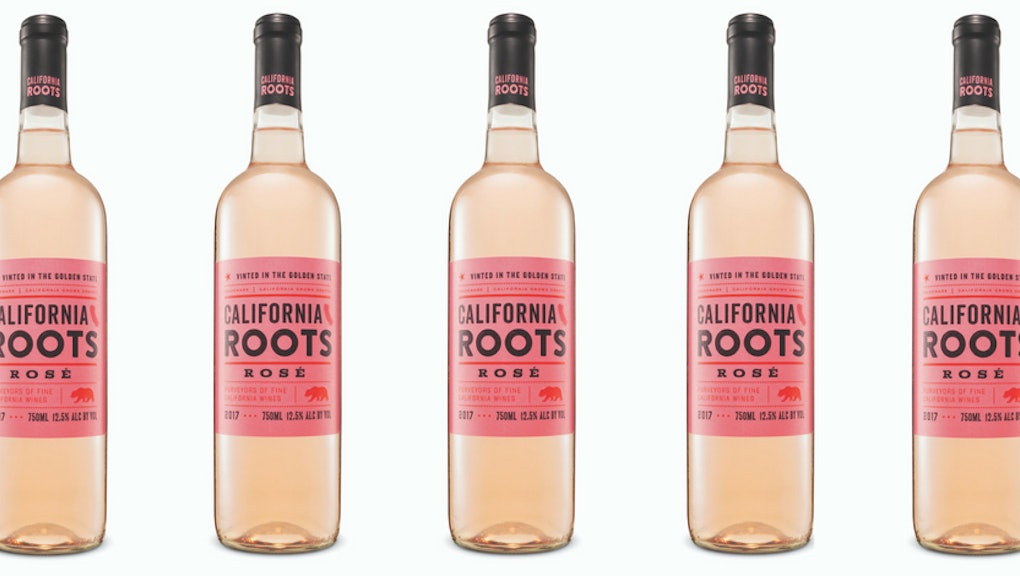 Is Target’s new $5 rosé wine actually good? We put it to the test.

Target launched a $5 rosé Sunday as part of its California Roots line. While the deal sounds positively irresistible, it also sounds too good to be true. Can $5 wine actually not taste like poison?

So, like the dutiful journalists we are, Mic staffers volunteered to try Target’s version of what’s become the drink of summer. We set up a blind taste test of two rosé wines: a $15.99 bottle of Cistercien Rosé found at Chamber Street Wines in Manhattan, New York, and one bottle of California Roots Rosé.

Testers preferred the more expensive bottle almost unanimously. The Cistercien rosé was described as “refreshing,” “not overly sweet or overly bitter,” “crisp” and “summery,” while California Roots rosé was called “a little chemical-y,” “not good,” “immature, like the Bath & Body Works of perfume” and “dry, but not in a good way.”

The findings were disappointing, but that doesn’t mean you should write off the budget-friendly bottle completely. The California Roots rosé — with its aesthetically pleasing branding — could make for a smart hostess gift when attending a party that feels more like obligation than fun. It’s also a drink you might serve a few hours into a party, when guests have had a few and you’re running low on the good stuff.

It’s important to note this wine isn’t undrinkable, though you can taste its price tag. If you were in a pinch, desperate for wine and happen to be at Target, the California Roots rosé would be just fine. We recommend chilling it or adding a lot of ice to improve the flavor.

If you feel disappointed and wish there were better-tasting affordable wines on the market, check out Mic’s list of award-winning wines that cost $10 or less.

When it comes down to it, no one should judge you for drinking Target’s $5 rosé. It costs less than the dog toy in your cart that your spoiled pup doesn’t need, and it does the job when the job is getting a little drunk. Cheers to that.